Esports organization Gen.G has named Chris Park as its CEO, while founding CEO Kevin Chou will assume a new role as executive chairman.

Park will join the Los Angeles-based Gen.G, which owns the esports team Seoul Dynasty, one of the founding teams in Activision Blizzard’s Overwatch League. (Chou will be a speaker at our upcoming GamesBeat Summit, April 23-24, in Los Angeles).

Park comes from a long career in sports business leadership and building innovative brands, most recently from Major League Baseball, where he served since 2015, most recently as executive vice president of product and marketing.

“I can’t express how thrilled I am about this new journey into the esports world with Gen.G,” said Park, in a statement. “Having spent years with a traditional sports league, it was evident that competitive gaming was booming — well now it’s here and here to stay. I look forward to continuing to build an esports powerhouse in Gen.G, especially here in the U.S. and specifically L.A.,setting the bar for what a gold standard organization should look like.”

Park will be setting and guiding the day-to-day execution of Gen.G’s strategy in a close partnership with Chou, and as chairman, Chou will remain active in leading the board of the company he cofounded. During his tenure with Major League Baseball, Park paid close attention as esports grew into a formidable counterpart to the more traditional sports leagues. 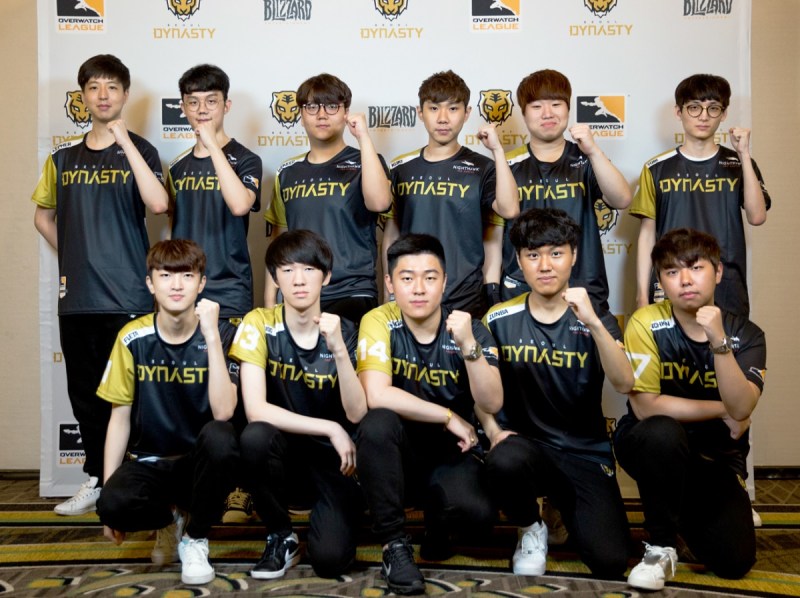 “We are extremely excited for Chris to join Gen.G and lead us to new heights,” said Chou, in a statement. “He has a brilliant mind for growth and innovation, and we look forward to him applying his great skill set with Gen.G. We have big goals for 2019 and beyond, and Chris is the right person to lead us into the future.”

Park will relocate from New York City to Gen.G’s new headquarters in Los Angeles, while also spending time in Seoul, Korea, as part of his onboarding. In other organizational moves, Kent Wakeford is transitioning to vice chairman.

Gen.G renewed its sponsorship relationship with Netgear’s Nighthawk Pro Gaming, brought on the NBA forward/center Chris Bosh as player management adviser, and formed an all-female Fortnite team. Competitively, Gen.G’s PUBG and Heroes of the Storm teams claimed championships,  and the company said its Seoul Dynasty and League of Legends teams are poised for big years in 2019.

“Chris possesses the vision, creativity and work-ethic to level up everything we do here at Gen.G,” said Arnold Hur, the chief growth officer for Gen.G esports, in a statement. “Given his experience, understanding of the sports business, and passion for competition, we know that Chris will make an effortless transition. I speak for everyone here at Gen.G when I say he’s a perfect fit for our organization.”

Park has also worked for Facebook and McKinsey & Co., and he clerked for Judge Stephen F. Williams on the U.S. Court of Appeals for the D.C. Circuit. He is a graduate of Harvard College and Harvard Law School.