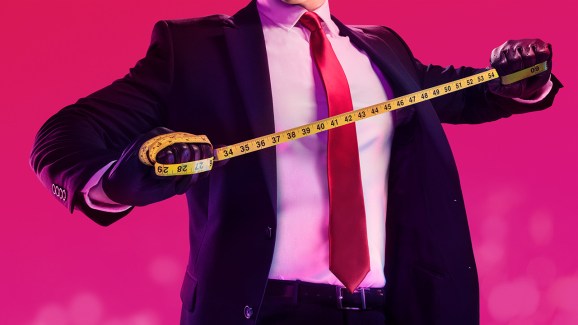 A contractor measures out office space in Sweden.

Agent 47 is going to get a little help from Sweden. Developer IO Interactive announced today that it is opening a new studio in Malmö, Sweden. IOI still has its headquarters in Copenhagen, Denmark, but it is expanding to help bring more content to the Hitman franchise.

Sweden is one of Europe’s biggest game-development hubs. Candy Crush Saga studio King, SteamWorld Dig team Image & Form, and Battlefield creator DICE are all in that country. And now IO Interactive can pull from that talent pool for its projects.

“The IOI expansion in Malmö was a natural choice as there is a very strong existing video game industry,” IO Interactive boss Hakan Abrak said. “I believe it has all opportunities to become the epicenter of game development in Scandinavia. We will expand IOI to join a buzzling game developer community and bring our own unique IOI culture to this amazing town.”

Abrak notes that the two studios will not operate wholly separate from one another. Instead, they will combine their efforts toward common goals.

IO Interactive is coming off of the launch of Hitman 2 in November and the Hitman HD Enhanced Collection on January 11. These releases both followup the 2016 Hitman reboot that turned into a sleeper hit through an episodic and live-services content model.

Those two games were also the first the company shipped since separating from publisher Square Enix. In May 2017, Square got rid of the studio and the Hitman franchise to focus on other projects. IO Interactive was able to quickly get on its feet as an independent studio, and it got to work on the next entry in its assassination simulator.

For Hitman 2, IO Interactive abandoned the episodic model. But it is still a live-service game. And the studio is looking to add new missions, quests, and DLC to keep Hitman 2 feeling fresh.

But what about something completely new? Well, Abrak says that is coming as well.

“[Our new studio] will expand our muscles for creating brand-new and exciting endeavors, new universes, new franchises,” said Abrak. “In other words, IOI Malmö and Copenhagen are one family.”