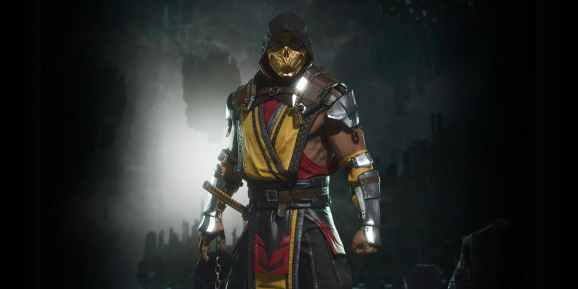 It's that dude Scorpion.

NetherRealm revealed more details about the upcoming Mortal Kombat 11. The fighter hits PC, Nintendo Switch, PlayStation 4, and Xbox One on April 23. And now we know some more fighters that are returning. And the studio also provided a glimpse at the story.

During its Twitch stream today, NetherRealm tried to provide details across a number of big selling points. It started with the first gameplay trailer for the Mortal Kombat sequel. The studio then focused on a montage of new fatalities that characters can perform. And it finished with a story trailer.

You can catch all three of those below.

The gameplay trailer showed familiar faces like Scorpoin and Liu Kang fighting to the death. This was the first time fans have seen this game in action. NetherRealm improved its face-capturing tech when it made DC fighter Injustice 2, and it has brought those upgrades into Mortal Kombat 11.

Of course, Mortal Kombat has always grabbed attention with violence. This game is no different. During the livestream, NetherRealm boss Ed Boon rolled a fatalities teaser that shows various characters doing unholy and incalculable amounts of harm to one another.

NetherRealm is the current industry leader for bringing story modes into fighting games. The studio wants to maintain that momentum with Mortal Kombat 11. For this game, it is once again getting into the deep and complex lore of the long-running series.

NetherRealm revealed a new character named Geras. This is a time-manipulating god capable of rewinding time and literally punching your brain out of your skull.

And finally, the studio announced that pro wrestler and martial artist Ronda Rousey is playing the role of Sonya Blade. NetherRealm is capturing her performance and bringing that into the game.