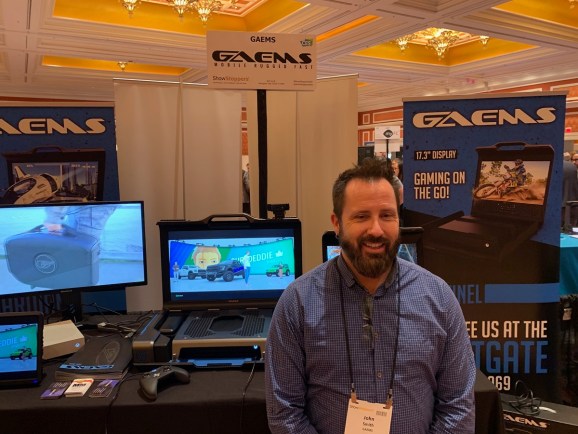 Some gamers and esports enthusiasts really want to be mobile, even when it comes to playing games on PCs and consoles. That’s why GAEMS has unveiled the Guardian Pro XP, a combination portable gaming display and traveling case that lets you play with a real video game console while on the road — and stream your gameplay too.

GAEMS’ (yes, the name is spelled right, as it stands for Gaming and Entertainment Mobile Systems) upcoming product has a 24-inch QHD IPS display, giving players a professional grade screen for both console and PC games. You can plug your own PlayStation 4, Xbox One, or micro ATX PC into the hard-shelled case, which can fit in most carry-on luggage spaces. You plug it into a wall socket, and you’re good to go.

Cofounder John Smith showed off the system at the recent CES 2019 event, the big tech trade show in Las Vegas. I played a game briefly on the monitor, and it looked great.

“Today’s streamers have to be online all the time,” Smith said. “If you leave your home, then you don’t make any money streaming. With this, you can take it with you.”

The device has HDMI output, so you can do the game video capture, and then, you can upload it. 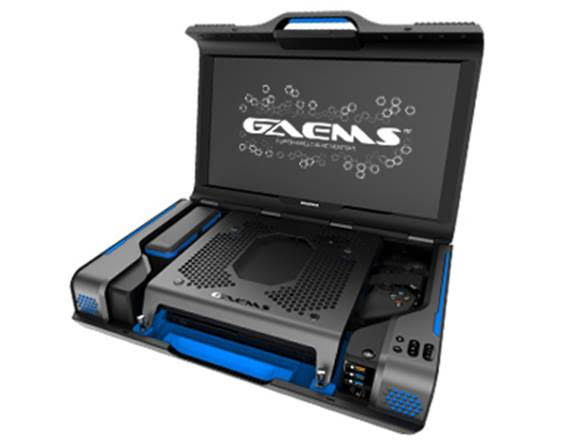 The case is kosher with the Transportation Security Administration, unless, of course, the security guards want to pull it out and play with it. The box measures 23.45 inches wide by 16.9 inches deep by 4.79 inches high.

GAEMS launched its first Portable Gaming Environments in 2011. Since that time, the target user has changed quite a bit. Now, GAEMS is designing the machines with esports enthusiasts and livestreamers in mind. 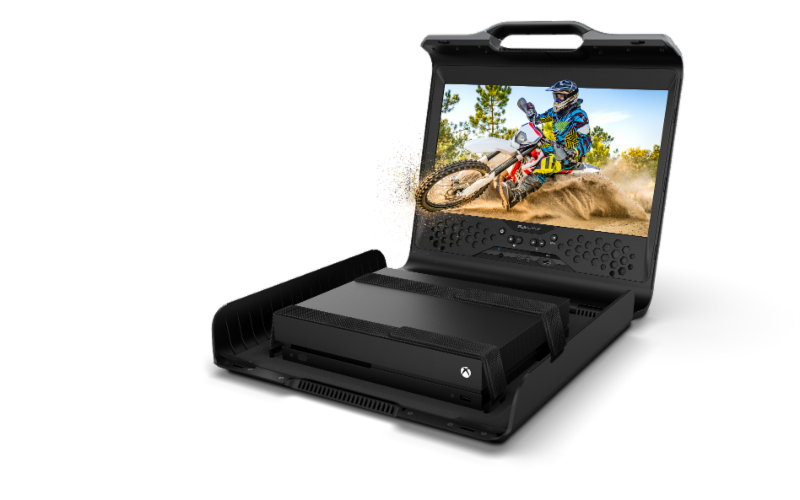 It also has a 3.5mm audio jack. You can charge your controllers, phones, and other devices through the Guardian Media Center. You can mount your streaming camera, custom microphone, or lighting solution to the patented Picatinny rail of your open Guardian. And you can capture your game stream via the integrated HDMI output.

The Guardian Pro XP is expected to be available in spring or summer of 2019. Back in December, GAEMS also introduced the Sentinel Pro XP 1080P Personal Gaming Environment. It was targeted at more casual gamers, with a 17.3-inch FHD Anti-Glare IPS panel that delivered a 1920 x 1080 full HD experience at 60 hertz. That system cost $350.

GAEMS has about a dozen employees, with a headquarters in Redmond, Washington.