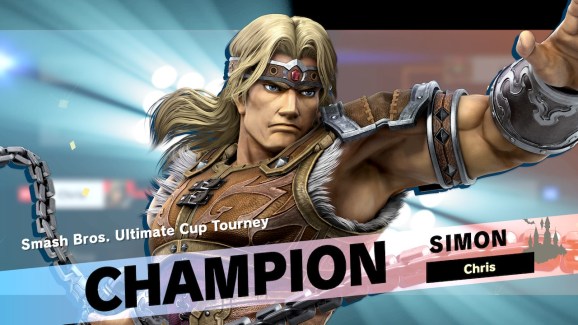 Gaming fans in the United States spent $3.4 billion on video game software, hardware, and accessories in December, according to industry-tracking firm The NPD Group. That is up 2 percent year-over-year. The increase was due primarily to accessories and game-card sales.

“Gains in accessories and game-card spending offset declines in hardware and software spend,”   This is the highest total tracked consumer spend for a December month since December 2015.”

Hardware and software, however, were down. But that didn’t stop Super Smash Bros. Ultimate from having a record debut in the United States. We’ll get to the games, but first let’s break down the month.

Here are results from December 2018

You can also see the results from all of 2018 in our story covering the year as a whole. This includes a look at hardware numbers and the top 20 best-selling games of the year.

The best-selling games of December 2018 in the U.S.

December was a big month for Nintendo. Seven of the top 20 games are exclusive to Nintendo systems, which is significantly more than any other publisher. Every Nintendo game is benefiting from the Switch’s success. Mario Kart 8, for example, finished 2018 as the second best-selling racer ever behind only Mario Kart Wii.

Nintendo generated more revenue than any other game publisher for the first time since 2009. That doesn’t include in-game spending, though.

But let’s get real. December is really all about one game for Nintendo, and you know what it is.

Super Smash Bros. Ultimate is already a blockbuster hit. It is the top-selling game of December and the No. 5 best-selling game for all of 2018. What’s stunning about this is that Nintendo’s games do not include digital sales on this chart. Call of Duty, Red Dead, and Spider-Man all do — at least on consoles.

But Smash isn’t just a success by franchise standards. It is the fastest-selling console exclusive game ever tracked by the NPD.

Red Dead’s sales are also still in a category of their own. It was the best-selling game of all of 2018.

Call of Duty, meanwhile, also continues to chug along like a freight train.

“Call of Duty: Black Ops 4 is the third best-selling game of December,” said Piscatella. “And it finishes the year as the second best-selling title of 2018. 2018 marks the tenth consecutive year that Call of Duty is the best-selling video game franchise of the year.”

NBA 2K19 just hit its third consecutive year as the top-selling sports game. I believe we can start referring to this as a dynasty for Take-Two and 2K Sports in its fight with EA.