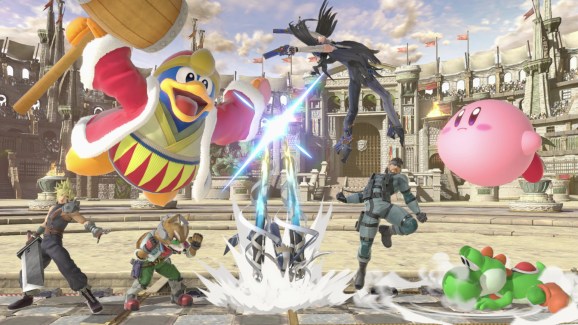 Nintendo has announced new U.S. tournaments for its Switch games Super Smash Bros. Ultimate and Splatoon 2. These will be online qualifiers open to the public starting in February, and the top performers will be able to compete at the Super Smash Bros. Ultimate North America Open 2019 and Splatoon 2 North America Inkling Open 2019 events at PAX East in Boston on March 30.

Super Smash Bros. Ultimate has been a fast hit since its December 7 release, selling 3 million copies in the U.S. in its first three days. Splatoon 2 came out in July 2017, and the multiplayer shooter has sold over 7.47 million copies. These open-to-the-public tournaments can give all of those players an incentive to keep playing the games (which makes them more likely to buy downloadable content for each title).

“This inclusive pair of tournaments is a great way for anyone to show off their skills while playing two of their favorite Nintendo Switch games,” said Doug Bowser, Nintendo of America’s senior vice president of sales and marketing, in a press release sent to GamesBeat. “Nintendo games are for everyone, and offer a unique combination of social competitive fun. That’s why we’re opening the qualifying rounds to fans of all skill levels.”

The Smash Bros. open online tournaments will be divided into four regions — Northwest, Southeast, Soutwest, and Northeast — with the first events starting on February 2. The Splatoon 2 open tournament begins on February 10. Nintendo plans to livestream the finals for each event.

You can find the full dates and more details on how to join the online tournaments on Nintendo’s site.