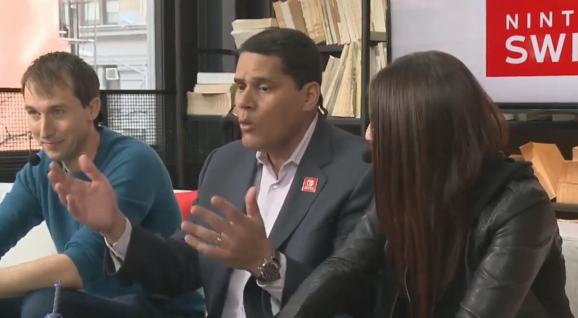 "What can I say? It prints money."

Nintendo Switch sales are off the charts. The system was the best-selling gaming console in the United States in December and for all of 2018, according to industry-tracking firm The NPD Group. The Switch sold well throughout the year, but the release of Super Smash Bros. Ultimate gave it a massive boost to close out the last month.

The hybrid home/handheld system outsold the PlayStation 4 and Xbox One. But it didn’t just outsell them, it had the best December of any console this generation.

And it’s clear that Super Smash Bros. was one of the driving forces behind those hardware sales. The Nintendo fighter had the best launch month of any console exclusive since NPD began tracking sales in the ’90s. That puts it ahead of Marvel’s Spider-Man and, historically, Xbox 360’s Halo: Reach. But the rest of the Switch library also contributed to the system’s success because Nintendo had seven of the top 20 best-selling releases of December.

The Switch isn’t having a momentary flash alongside Super Smash Bros. Nintendo’s device was able to edge out PlayStation 4 for the 2018 hardware crown overall.

The Switch was the primary contributor to 2018’s overall hardware unit and dollar sales, which are hitting a high for the last decade.

But it’s not just the Switch having a strong year. While hardware sales were down overall in December, every system saw year-over-year growth in 2018.

Accessories and game cards are thriving

Finally, gamers are spending more on currency cards than ever before on accessories and game cards. And you can probably credit Super Smash Bros. for this one as well.

“Total spending on accessories and game cards grew 29 percent in December 2018 when compared to a year ago, to an all-time high of $1 billion,” said Piscatella. “Gamepad spending gains were the primary driver of the increase.  The Nintendo Switch Pro Controller was the month’s best-selling accessory in dollar sales.”

But this category is up a huge amount year-over-year due to a number of factors. The gaming ecosystem has three strong consoles and a number of high-profile PC stores and platforms. Live-service games like Fortnite are also generating more in-game purchases than ever, and getting a game card for cash is useful for young people without credit cards. Fortnite is also leading to an increase in headset and controller sales as well.

“Annual spending on accessories and game cards increased 33 percent in 2018 when compared to 2017, to $4.5 billion,” said Piscatella. “This is an all-time high. Growth in gamepad and headset/headphone sales drove gains. The PS4 DualShock 4 Black, Switch Pro Controller, and the Xbox One S Wireless Controller White were the three best-selling accessories of 2018 in dollar spend.”