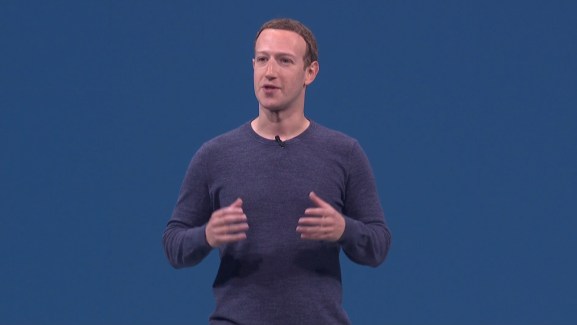 Mark Zuckerberg on stage at F8.

Facebook will reportedly make it easier for users across its family of apps to chat by uniting the messaging infrastructures behind Messenger, WhatsApp, and Instagram and adding end-to-end encryption across all three services. The move — which is expected to take at least a full year to complete — is reportedly being done at the request of CEO Mark Zuckerberg, the New York Times reported this morning.

Users will still be able to download each app separately, but with this update a WhatsApp user would be able to send a message to a friend who has Facebook or Instagram, even if they don‘t have WhatsApp. Zuckerberg reportedly also wants all of the apps to enable end-to-end encryption. WhatsApp is the only one of the three messaging services to currently use end-to-end encryption by default, though the feature can be enabled on Messenger.

The change comes as Instagram and WhatsApp have become more popular among some demographics than the original Facebook app. A report from AppAnnie last week found that in September of last year, WhatsApp had more monthly active users on Android and iOS than the Facebook app. Facebook at the time declined to comment on the findings or share new monthly active user figures. Similarly, a Pew survey last spring found that Instagram is more popular among teens than Facebook.

The Times reports that Zuckerberg’s request to unite the three messaging services has been a particular source of contention at WhatsApp, where dozens of employees have argued with Zuckerberg about the request.

What’s unclear is how the integration would effect the way Facebook shares and store data of users who don’t use all of the company’s apps. WhatsApp does not store user data or messages, but the other Facebook apps do.

A Facebook spokesperson told the Times that “we’re working on making more of our messaging products end-to-end encrypted and considering ways to make it easier to reach friends and family across networks.”

VentureBeat has reached out to Facebook for additional comment and will update this story if we hear back.