It’s finally the end of January, which means GamesBeat Summit 2019 is closer than ever. That means another speaker announcement, too. This time we’d like to introduce to you the amazing Peter Levin, Eric Goldberg, and Rami Ismail.

And don’t forget — this year GamesBeat takes place in Los Angeles at Two Bit Circus, a “micro-amusement park” that’s like an arcade meets Ready Player One in the LA Arts District. And now, we’re ready to name our next four speakers for the event taking place April 23 and April 24. 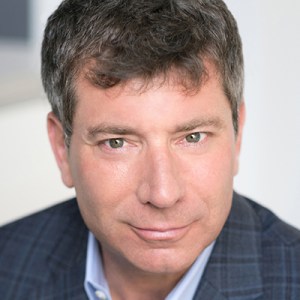 Peter Levin will be talking about the boom in esports — and that’s because he’s all-in. He’s president of interactive ventures at Lionsgate and co-chairman of the Immortals, the Los Angeles esports team, which recently created a new team, LA Valiant, to participate in the Overwatch League, as well as an investor in the Premiere League football club, Swansea City.

In his spare time, he runs Lionsgate’s games and digital strategy, where he’s ramped up the company’s investment not only in esports, including Lionsgate’s investment in the Immortals, but video game licensing, game-startup investments, and virtual reality experiences.

Levin is the founder of Course of the Force, an annual Olympic torch-style lightsaber relay, in partnership with Lucasfilm, which leads up to San Diego Comic Con International and benefits the Make-A-Wish Foundation.

Levin also co-teaches an esports class at the University of Southern California’s Annenberg School for Communication and Journalism and on the Board of Governors at Cedars-Sinai Medical Center.

In his previous life he was the CEO and co-founder of Nerdist Industries, a multi-platform creator of genre and popular-culture content, as well as the former co-president of digital strategy at Legendary Entertainment.

Levin also founded and co-owned the 2006 World Champion Chicago Rush of the Arena Football League, was a minority partner in and strategic advisor to Strikeforce, a mixed martial arts promotional entity, sold to the Ultimate Fighting Championship in 2011. Levin spoke at last year’s GamesBeat Summit. 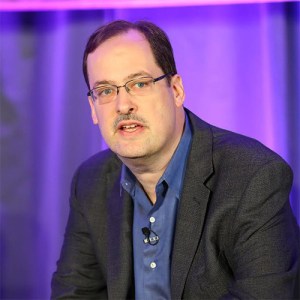 Eric Goldberg is coming to GamesBeat summit to moderate our all-important VC panel where he’ll be talking to the smartest and most active game startup investors about game investments, what’s hot what’s coming next, and what they what requirements they’re looking for.

He’s a 35-year veteran of the game, consumer internet, mobile, monetization, and edtech industries, with roles from game designer to executive. Since 2002, Eric has been a board member of, advisor, or consultant to a huge list of companies, including Bandai Namco, Electronic Arts, Gaia Online, PickTeams, SEGA, Square Enix, Warner Music, and three U.S. venture capital firms.

Eric was most recently the president and co-founder of Unplugged. As president and founder of Crossover Technologies, one of the first consumer online companies, he recruited and managed big name companies both as clients and distribution partners including  Intel, Microsoft, IBM, Sony, Time Warner, and Viacom.

He also served as president of the adventure game company West End Games, where he published titles such as Star Wars, Ghostbusters, Star Trek, and Junta. His award-winning games include Paranoia, Tales of the Arabian Nights, The Tom Peters Business School in a Box, and MadMaze, the first online game to draw one million players. He is a three-time winner of the Origins Award for Best Role-Playing Game and a two-time winner of the Game Designers Guild Select Award.

Eric is a regular speaker at major games, wireless, and online conferences, and has served as a programs advisor or advisory board member for many of them. He spoke at GamesBeat Summit 2018. 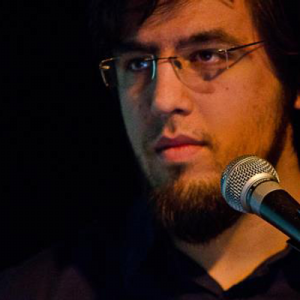 will join us to talk about one of the most essential topics in the industry today: giving a voice to a truly global game development community.

Ismail, cofounder and business and development guy of independent game studio Vlambeer, winner of the highly prestigious Special Ambassador award at the GDC for his efforts to promote indie game developers and true diversity in games, and brain father of the global game developer event GameDev.World, is a role model on both the business and creative side of running an indie game studio.

Over the past 30 plus years, he’s worked on a plethora of commercially and critically successful games for almost every major platform. Vlambeer earned him and his partner a listing in the Forbes 30-under-30 in Games, the award for best Microstudio at Develop, and mentions in “most influential developers” lists throughout the years.

We’re thrilled to have such a great roster of speakers, and they’re looking forward to getting on the floor with attendees like you. Register now and get early bird pricing for GamesBeat 2019.

Early bird tickets are just $595 for both days and are quickly going.

For those looking for deal making, consider a VIP access pass for an additional $395 that includes access to a luxury VIP lounge, private meeting rooms, VIP lunch with yours truly, and more.