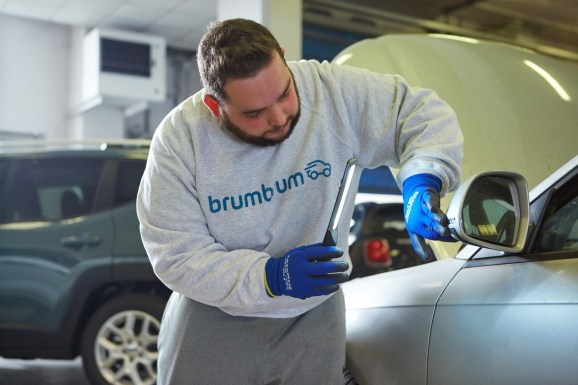 Brumbrum is a car retail platform based in italy.

Milan-based Brumbum today announced it has raised a $23 million round of venture capital as it seeks to expand its platform for selling and renting cars.

The round was led by Accel and included investment from Bonsai Ventures, eVentures, and United Ventures.

Brumbrum wants to reinvent the way people buy used cars and rent new cars. With its retail option, the company buys cars, fixes them up, and sells them on its platform. The idea is to provide greater transparency around both the history of the car and the current state of its parts.

The company also offers a “Car-as-a-Service” option that allows users to rent some cars long-term through a package that includes financing, delivery, and maintenance for a single fee.

“The car market has long been broken and needs to evolve, so we’re building Brumbrum to be the brand of choice in automotive retail,” said Brumbrum founder and CEO Francesco Banfi in a statement. “Starting with our end-to-end used car retail and Car-as-a-Service solutions, we’re putting trust, transparency, and convenience at the heart of the consumer experience.” The company was launched in 2017, and it is still focused on its home market of Italy. This latest funding will be used to continue pushing deeper into the Italian market, while also starting to the lay the groundwork for a planned European expansion.

“Brumbrum is part of a new wave of companies diving into the supply chain to deliver real product innovation, resulting in significant benefits for consumers,” said Accel partner Luca Bocchio in a statement. “Francesco and his team are reimagining the car market, building a strong foundation for the business in a short period of time and with resoundingly positive feedback from their customers.”