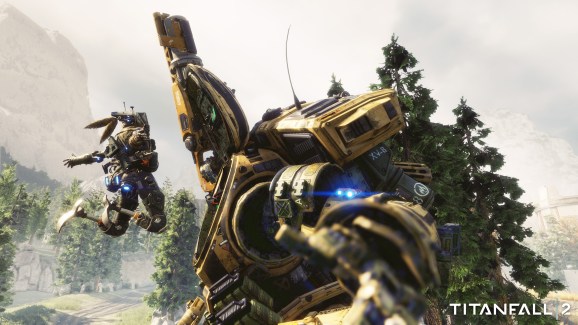 Apex Legends is just a day old, but Electronic Arts is already promising support for the new battle royale set in the Titanfall universe as it tries to calm investors after missing its third quarter targets today.

But oddly, EA also mentions “related Titanfall experiences” as part of its future plans. This contradicts what we’ve been hearing from developer Respawn, which has said that it is not working on Titanfall 3. You can find the quote from the financial report by EA chief operating officer and chief financial officer Blake Jorgensen below.

Looking forward, we’re delighted to launch Anthem, our new IP, to grow Apex Legends and related Titanfall experiences, to deliver new Plants vs. Zombies and Need for Speed titles, and to add Star Wars Jedi: Fallen Order to our sports titles in the fall.

So what the heck are “related Titanfall experiences” if Titanfall 3 is not in the works?

Updated 1:45 p.m. Pacific: EA directed GamesBeat to a tweet from earlier in the day by Respawn CEO Vince Zampella.

Tons of things planned for @PlayApex in the future. We are also committed to listening to player feedback.

We are also working on more Titanfall for later in the year (yes, I said the T word). We love being able to experiment in this crazy universe!

Respawn could be working on other games set in the Titanfall universe that aren’t necessarily Titanfall 3, just as it did with Apex Legends. Whatever is happening, maybe Titanfall’s immediate future doesn’t end with the new battle royale.

Apex Legends is off to a strong start, though. The free-to-play game attracted 1 million players in a single day. If it keeps that momentum going, it can help EA’s next financial report.