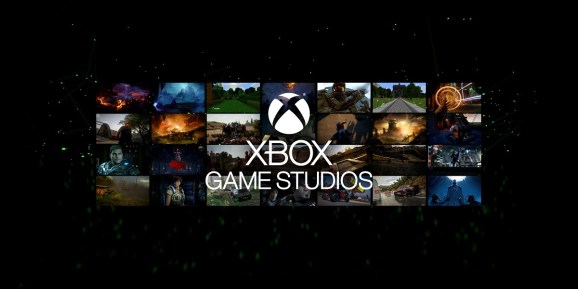 Xbox Game Studios is the new name for Microsoft Studios.

Microsoft has rebranded its existing and newly acquired in-house game studios as Xbox Game Studios, according to an announcement by Microsoft executive Matt Booty.

The company acquired seven studios in 2018, bringing its total number of development teams to 13. They were formerly known as Microsoft Studios, but now they are being rebranded in the spirit of the Xbox gaming brand, said Booty, the man in charge of the buying spree.

The rebranding comes after a good reception to Microsoft’s Super Bowl ad for the Xbox Adaptive Controller, which is targeted at people with limited mobility and can’t use standard gamepads.

“At Xbox, we believe when everyone plays, we all win,” said Booty in a blog post. “It’s why we’re passionate about building a portfolio of games for players across console, PC and mobile. As we’ve expanded our focus beyond the console, the Xbox brand has also evolved from its original roots. Today, Xbox is our gaming brand across all devices, no matter how or where you want to play, or who you want to play with.
In that spirit, I’m pleased to share that we are changing the name of our game development organization from Microsoft Studios to Xbox Game Studios.”

These groups are working on the exclusives, original intellectual property, and all-new chapters from established franchises that are needed to differentiate Microsoft’s platforms from rivals.

2019 titles coming include Crackdown 3, Gears 5, and Ori and the Will of the Wisps. Those titles will be available to Xbox Game Pass subscription members on the same day they launch worldwide.

“We’re also excited to see how the seven new game development studios we added to our team last year maximize their creative potential as part of Xbox Game Studios,” Booty said. “As a gaming organization, we have never been in a better position to deliver a diverse line-up of exclusive games for Xbox fans now, and in the future.”

In an email, Booty said Microsoft now has more than 3,000 internal game developers.

“As we’ve expanded our focus beyond the console, the Xbox brand has also evolved from its original roots,” he said. “Today, Xbox is our gaming brand, no matter how or where you want to play, or who you want to play with. Renaming Microsoft Studios to Xbox Game Studios is a reflection of that brand evolution and the work our teams are doing today on console, PC and mobile.”

He said there are no leadership changes happening.

He added, “Beyond what I shared in the blog post, I’d add that we made a conscious decision to add the word “Game” into Xbox Game Studios because “studios” can mean different things to different people. Many people associate “studios” with broader entertainment mediums like music, television and movies. At Xbox Game Studios, we are 100 percent focused on making great games for console, PC and mobile players, so and it was important for our name to reflect that mission.”