Now everybody can become a Halo hero. Microsoft announced today that it will stage a traveling event dubbed Halo: Outpost Discovery in five cities this summer.

The fan events will take place in convention centers where Microsoft and its 343 Industries division can bring to life the characters and environment of the Halo universe, which is nearly two decades old. The event is kind of like a mini-theme park for Halo, and so it fits in with the trend toward theme parks and events featuring video game themes.

“This lets us bring all aspects of the Halo universe to life in a real physical space,” said Kiki Wolfkill, studio head of transmedia at Microsoft’s 343 Industries, in an interview with GamesBeat. “We can bring the gameplay, characters, community, cosplayers for the fans over a weekend in both physical and virtual settings. We look at this as a celebration of Halo.” 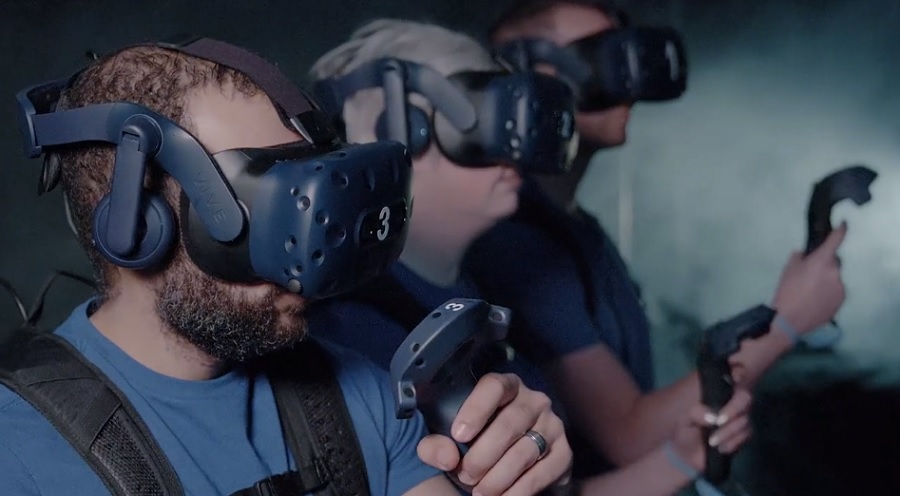 Above: Halo: Outpost Discovery will have VR experiences.

The events will take place July 5 to July 7 in Orlando, Florida; July 19 to July 21 in Philadelphia; August 2 to August 4 in Chicago; August 16 to August 18 in Houston; and August 30 to September 1 in Anaheim, California. These events will cover more than 300,000 square feet of activities in places such as convention centers. I am betting that Microsoft will have some kind of game to talk about at that point — like the upcoming Halo: Infinite — if I had to guess why it’s doing these events. Microsoft declined to comment on that. 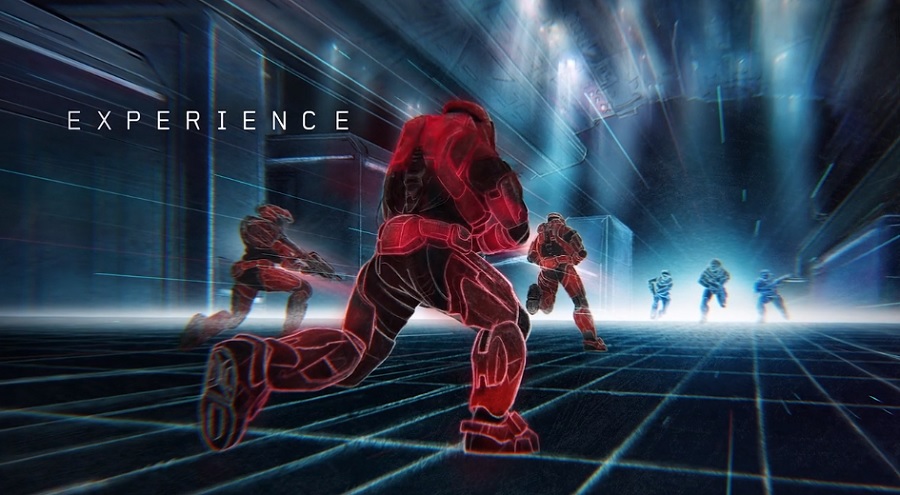 Above: Halo: Outpost Discovery will feature a VR competition.

Fans will be able to explore a Halo Ring, get up close and personal with a real-life Warthog, battle fellow recruits in a laser tag arena, experience in-universe encounters with the latest simulation and virtual reality technologies, and more. The venue will feature the Hall of History, “where you immerse yourself in the achievements and tribulations of humanity through a combination of informative graphics, artifacts, and tangible visuals pulled directly from the Halo franchise.”

The Ring Experience is a multi-projector, dome-based theatrical experience where you can get an appreciation for the size and scale of the Halo Ring. You can also step into the Pelican Training Simulation, an interactive experience that gives you an opportunity to get hands-on with some of the UNSC’s most battle-hardened hardware through teamwork and deft decision-making. 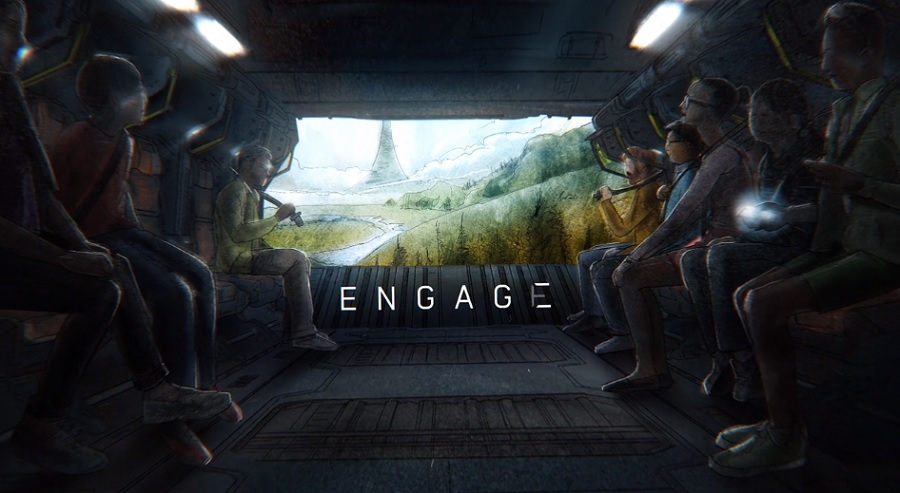 Above: The Halo Ring experience at Halo: Outpost Discovery.

You can also explore a reclaimed section of a Covenant ship in this escape-room-style experience, where you must work together to disable a Covenant technology. There will be a target range where fans can try out UNSC and Covenant-themed blasters, target alleys, and integrated touch panels that allow attendees to choose from a variety of game difficulties and target profiles.

There will be at least 200 game stations to play, compete, and explore the Halo. The event will feature panels of game developers where fans can meet the creators, special guests, and learn how the Halo universe is made. The event will have community events like how to livestream gameplay or create a cosplay costume. The laser tag battle has up to 20 players, and the VR team groups three players against three in various game battle modes. 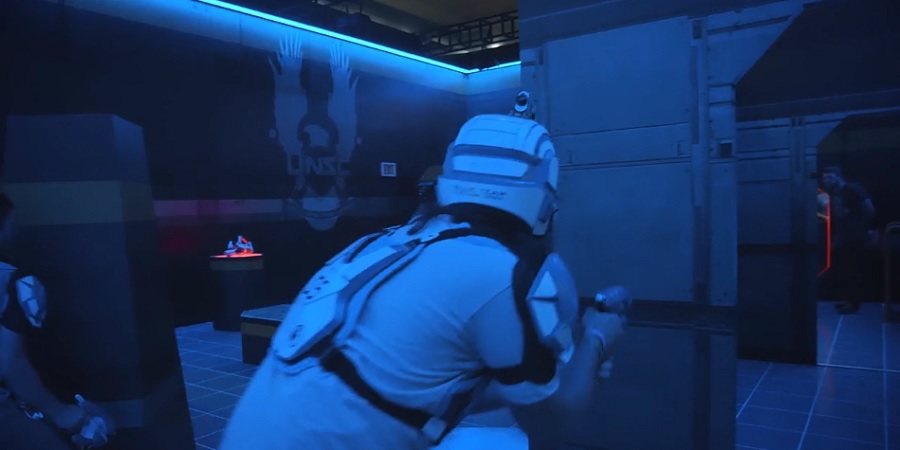 Above: Halo: Outpost Discovery will have a laser tag arena.

Microsoft partnered with Herschend Live – which specializes in immersive experiences and traveling shows like the Harlem Globetrotters. Howard Smith, head of Herschend Live, said in an interview with GamesBeat that the company had already secured five convention centers in the cities to stage the large events.

He said 343 Industries helped identify the markets with a high concentration of Halo fans and where Herschend Live could secure large spaces for the events. 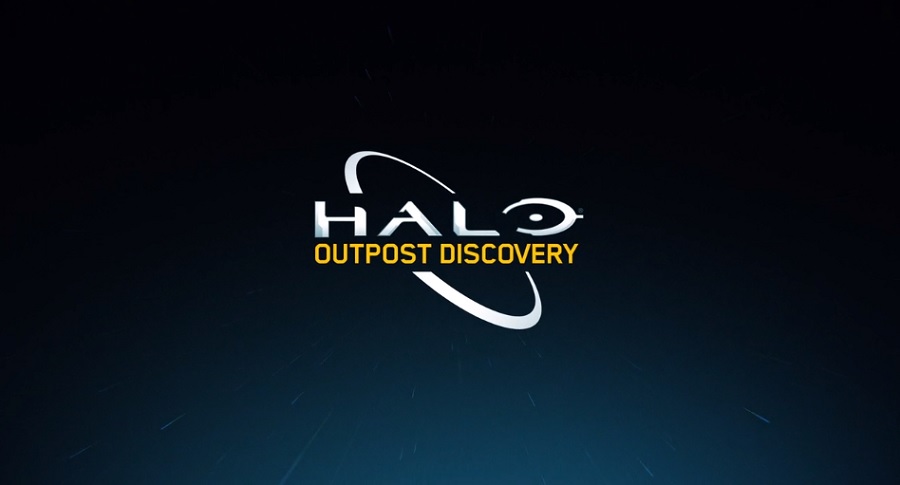 Above: Halo: Outpost Discovery is a collaboration of Microsoft’s 343 Industries and Herschend Live.

“This is a great collaboration, as we were looking more at fan festivals and they were thinking about ways to bring more fans to Halo,” Smith said.

Microsoft will still participate in the Electronic Entertainment Expo (E3) in June in Los Angeles, where the company usually has a booth in the Los Angeles Convention Center. But E3 is a huge event that isn’t open to a lot of fans, as it combines an audience of video game professionals and a limited number of fan tickets.

“We asked how do we bring excitement and activations to those who can’t travel to E3?” Wolfkill said. “We wanted an authentic space for fans and one where we could create new fans. This will be a more immersive experience than what we can do at E3.”