Topgolf has built 52 venues where more than 17 million people a year use their driving ranges and other high-end entertainment. And in December, the company announced that it will create esports lounges at six of its outposts in partnership with TV brand TCL. It’s a big bet that such venues will be the next growth opportunity in the larger esports economy.

Experiences in both the TCL esports lounges and other locations will feature in-venue “shoutcasters” and real-time gameplay broadcasts on premium TCL televisions, with simultaneous live streams and supporting video content running on SuperLeagueTV on Twitch, YouTube and other digital platforms. 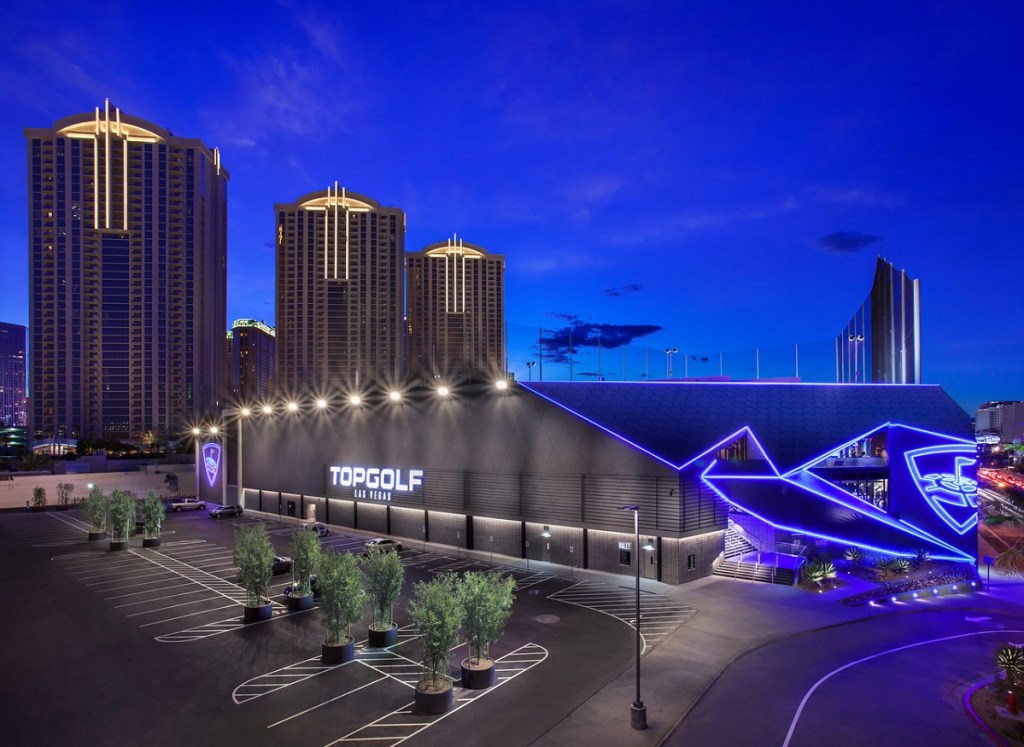 Above: Topgolf Las Vegas has added an esports lounge.

Players will be able to compete in a variety of competitive formats using Super League Gaming’s tournament operations and visualization technology platform.

“Super League Gaming understands how to deliver great in-person experiences for mainstream competitive video gamers, a rapidly increasing segment of our customer base,” said YuChiang Cheng, the president of Topgolf Media, in a statement. “We love their inclusive vision and how they have established dedicated local communities in major markets with Topgolf venues. Together, we are creating a unique space for gamers to have a world-class, competitive and fun experience.”

With Super League as both a live event and technology partner, Topgolf venues will host mobile and console based esports programs, ranging from single-location events to location-vs-location competitions and eventually to local, regional and national amateur leagues. The companies will work together to integrate brand partners into the experiences and also welcome third-party tournament organizers to run their own esports events at Topgolf using the Super League platform.

“Topgolf has established one of the most impressive experiential brands in the world and recognizes that esports can be a significant additional growth engine for their business,” said Matt Edelman, chief commercial officer of Super League Gaming, in a statement. “We are honored to be their primary esports content partner and excited to collaborate with the Topgolf team to bring Super League events and our platform into their remarkable, expanding footprint.”