More than 70 percent of 100 casinos surveyed said that they plan to adopt skill-based games, or those where it takes skill to win, in the future. The survey was done by Synergy Blue, a creator of skill-based games and platforms.

You would, of course, expect Synergy Blue to say that, as it wants to provide skill games to casinos. But we see a fair amount of validation out there from other sources. Skillz, which gives real-money prizes for skill-based mobile game esports, is one a $400 million revenue run rate. And other startups are going after the casino market, as it’s clear the casinos risk losing the audience of younger millennials who love video games and don’t play slot machines.

The report, The state of skill-based games in a new era of gambling, shows that casinos are looking to skill as a way to increase playing time and expand player demographic. Considering that casino slot gambling revenue has seen ups and downs in recent years, casino operators are looking for new ways to stay competitive, drive foot traffic, and keep their patrons engaged once through their doors.

But this is proving challenging because new gamblers often spurn traditional casino games in favor of a more entertaining, immersive experience. Last week, Gamblit Gaming laid off a significant number of employees from its skill-based gambling business.

“Competing in a landscape that’s growing more crowded all the time will continue to require casinos to provide new experiences for gamblers, and the emergence of skill-based games offers exactly that. But the newness of skill-based games brings both exciting opportunity as well as daunting challenges,” said Georg Washington, CEO of Synergy Blue, in a statement. “Because skill-based gaming is still in its early days, and without comprehensive analysis of metrics, it’s difficult for some to give it valuable floor space. We hope this report is a first step in understanding what the path forward for adoption looks like and the learning that can be culled from early adopters.”

Additional findings from the report include:

Of those who have adopted skill-based games or games with skill/arcade components, the results so far include: 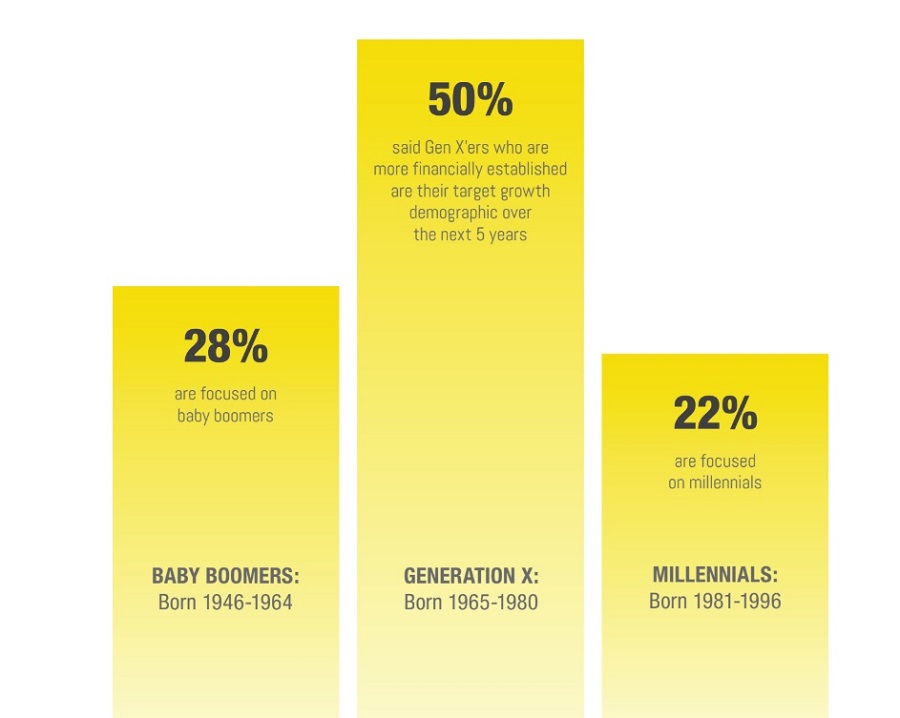 Above: Baby boomers aren’t the targets for casinos anymore.

The report highlights that future generations of gamers will increasingly be more tech-savvy and digitally native. For instance, many Gen X-ers are from the early video gaming generations, and are accustomed to more engaging and immersive gaming experiences.

Synergy Blue is based in Palm Desert and it was founded in 2013.The company’s HAWG® (Hybrid Arcade Wager-based Gaming) platform blends GLI11-compliant, skill-based, Class II (coming soon) and Class III gambling with the uninterrupted entertainment of arcade-style play.