The famous tech figures of Silicon Valley should meet Henry Lowood, because he can help them clean out their garages. As curator of the Silicon Valley Archives at Stanford University, Lowood is collecting all of the papers that chronicle what makes the region unique when it comes to the history of technology.

He will be doing a lot more of this now that Stanford Libraries has received a $25 million gift from the Harold C. and Marilyn A. Hohbach Foundation to create a vibrant collections-centered research hub and endow the Silicon Valley Archives program.

Under the plan, the first floor of the East Wing of the Cecil H. Green Library will be renovated and renamed Hohbach Hall. Over the next few years, the space will be renovated to include a new Special Collections classroom, as well as spaces for group study, seminars, events, and exhibitions.

Harold Hohbach, who passed away in 2017, was a patent law attorney and real estate developer. A great admirer of Silicon Valley inventors and an innovator himself, Hohbach had long dreamed of creating a space to challenge and inspire the leaders and entrepreneurs of the future. When he learned about the vast collection and research arm of Stanford’s Silicon Valley Archives, Hohbach made a commitment to fund renovation of Hohbach Hall and sustain the program’s efforts to capture the evolving history of the region and its contributors.

The exhibit will feature items from the Silicon Valley Archives, such as design documents and drawings for Douglas Engelbart’s first computer mouse prototype and early audio and video recording technology from the Ampex collection.

I talked with Lowood, who is a strategy game fan in his spare time, about this effort to capture history. It’s not an easy job in a digital age when websites can be shut down and there is often no way to recapture the media. For instance, Lowood has struggled with how to archive places such as Second Life, the virtual world that has been operating since 2003.

The archives first opened in 1983, and the organization has already supported a wide array of projects documenting the history of Silicon Valley.

This endowment will enable Lowood, the curator, and Leslie Berlin, the historian, to capture and preserve the physical and digital forms of documents, photographs, equipment, and ephemera from some of Silicon Valley’s largest companies. Lowood even asked me for my archives, but I’m not quite done with all my media production yet (I keep adding to piles of stuff in my garage).

Renovations for the hall are expected to begin in the fall of 2019. Here’s an edited transcript of my interview with Lowood. 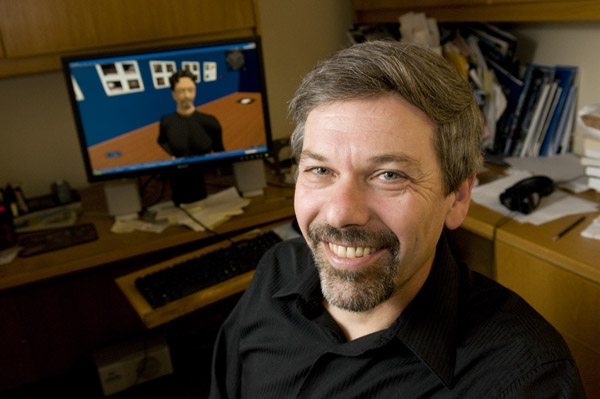 Above: Henry Lowood is curator of the Silicon Valley Archives.

VentureBeat: This sounds like a lot of fun for you.

Henry Lowood: Yeah, it’s going to be a pretty big deal here. It’s the largest gift the library has ever received at Stanford, as far as we know. It’s going to be a big transformation for the library, not just for the Silicon Valley Archives program, but also because the library building is going to be — the whole floor will have to be remodeled, where the Archives is going in. People are going to have to get used to a different look.

VentureBeat: How much is the gift, then? Did it come from a specific person?

Lowood: It comes from the estate of Harold Hohbach. Harold was a patent attorney. He was actually the second patent attorney in Silicon Valley. He was a really active guy in that area. This isn’t a fact — just my vague memory of the history — but I believe he started in the 1940s doing patent law. He was involved with a lot of companies. His partner was a guy named Flehr, I believe. If you’ve ever seen a book about patent law in the Valley, that was his partner, their firm. They also worked on some Stanford projects. I believe they were involved in the gene-splicing patent.

He was really interested in Silicon Valley history and started a project that he called Silicon Valley Luminaries. He’d commissioned a number of paintings, nine of them in all, these large-format paintings of Silicon Valley innovators and leaders from the Hewlett-Packard generation on up. He died last year, last December. I got a chance to meet with his family, and his intentions were already clear, but they were also very supportive of this. The Hohbach family is endowing it, and it’s $25 million. That’s going to have an impact. 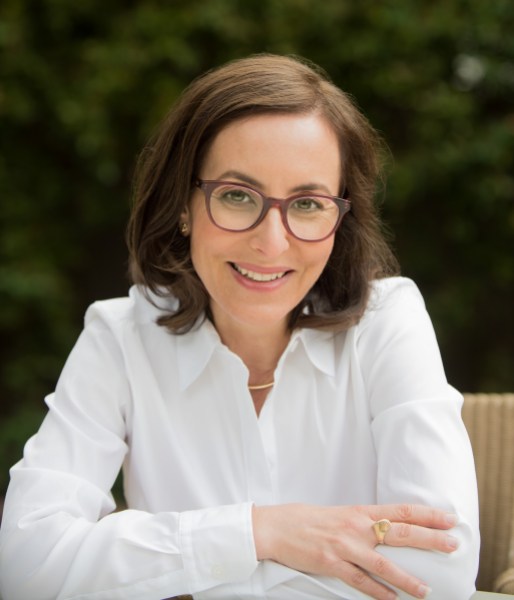 VentureBeat: And you’re working with Leslie Berlin on the different projects here. What are the differences between what you’re both doing?

VentureBeat: I remember back a ways when you were talking about the problem of how these companies come and go. Their websites shut down and we lose everything that was ever on them. Is that some of what this is about?

Lowood: That’s part of what we’ll continue to work on. The broad scope — there’s our collecting program and preservation program, which deal with physical and digital materials. Of course the digital side of that is growing. We now have a robust web archiving service in the library, to speak specifically to that area. We’ve developed software in the libraries here for handling email. It’s called EPAT. That project’s been really successful. It’s been adopted in other places. We’re making strides. We have a digital repository now, a streaming server, all kinds of things to deal with different kinds of media files and all sorts of things we get.

We’ll continue to do that. We’ll have additional staffing in the Silicon Valley Archives to handle both the physical collections and the digital collections. Then, the expanding part is that we’ll have a dedicated exhibit space. Right now we’re at zero exhibit space as far as the Silicon Valley Archives is concerned. We’ll have pop-up exhibits, curated exhibits, occasional exhibits for anniversaries of companies or inventions or social and lifestyle issues in the Valley. All sorts of things.

There will also be an event space across the hall from where our offices will be. We hope to have more events, things ranging from author talks to thematic lecture series. That’s also going to be something that represents a real expansion for us, something we haven’t been able to do as much so far.

VentureBeat: Are you scraping the whole web, or are you being very selective about Silicon Valley subjects when you’re capturing data?

Lowood: What I do is selective. I have actually been using the tool that was developed at the Internet Archive through a service they call Archive-It. We use that software. I’ve probably been using that for seven or eight years now, maybe a decade. But most of that time it’s been focused on game-related collections. The way it’s organized, you can set up little clusters of seeds you use for crawling the web. There’s one there that was focused for a few years on our Preserving Virtual Worlds project, including websites, but also sites where players were gathering or files were being distributed, that kind of thing.

Lately, in the last few years, I’ve also been looking at sports game sites. I’m working on a project with some colleagues around the history of the FIFA series. I’ve been tracking websites devoted to sports games and related topics. It’s kind of pick and choose. Also, certain collections — when we have people’s papers, some of the people we’ve gotten papers from really live on the web. Somebody like Howard Rheingold, for example. When we got his papers, the physical papers were maybe a box or two, not very much. But he had a ton of stuff online. We used our web crawling for that. 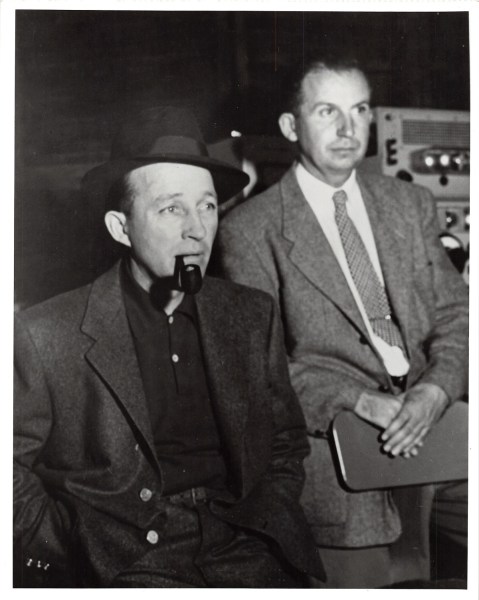 VentureBeat: For the curation, how are you deciding what’s either worth more of your time or more of the public’s time?

Lowood: The change that’s probably going to happen, what we’ve been thinking about a lot in the direction of our curation activities, is we feel like we’ve covered the early history of the Valley really well with the collections we have. We have great collections in the [Fred] Terman era, Varian Associates. We have the William Hewlett papers to cover that area. A lot on the early Electronics Valley through Fairchild, Intel, the semiconductor industry stuff. The Apple collection gets us into the ’90s.

VentureBeat: When it comes to exhibiting things, how are you doing that now, and how do you think that’s going to change when you have more space?

Lowood: Right now we have one special collections exhibit space, which has about three exhibits a year for all the areas of the library. It also tends to be planned out. The queue that’s generated by having one space for so many areas — you tend to need to get in line two years in advance to get an exhibit there. We’ve been part of several exhibits. Right now there’s an exhibit that partly represents my area, the history of science and technology generally with a few Silicon Valley items. But it’s not been a dedicated space where you could see much of the Silicon Valley collections.

Besides that, we’ve been able to exhibit a couple of the most prominent artifacts from the Ampex collection in what we call the information center, basically the reference department. The Model 200A, the first audio recording machine from Ampex, and the VRX-1000, which was the video recording machine, the thing that Ampex developed in the mid-’50s. We have those restored and exhibited very nicely. Those are two Silicon Valley artifacts, but it’s just two artifacts.

What we’ll have now is a lot more space, and it will be dedicated broadly to Silicon Valley. It’ll be enough space, and it’ll be designed so we can be very flexible about the exhibits. We could have, in this new model, pop-up exhibits. We’d have space where somebody could come to us and two or three months later we’d have something up there. I expect to have some interest in working with Stanford courses and having students who work in a course, work with archival material in that course, and develop ideas that carry through for exhibits. Students could curate exhibits in that space.

Basically, we’ll have infinitely more flexibility than we had before for that kind of thing, and a lot more space to be able to have several small to medium-sized exhibits out there at the same time.