Electronic Arts saw its stock price fall off a cliff this week as it acknowledged in an earnings call that Battlefield V didn’t sell as well as expected in the holiday quarter. One of the reasons was that it didn’t compete as well with other games, like Red Dead Redemption 2, which sold-in to retailers 23 million copies in its debut quarter.

But when Take-Two Interactive, whose Rockstar Games label created Red Dead Redemption 2, reported its earnings on Wednesday, its stock price fell 13 percent. That didn’t make a lot of sense, and it was logical that Take-Two’s stock bounced back a bit on Thursday. Zynga did well in its earnings report, and it saw its stock price rise after it reported break-even results on Wednesday.

Next week, Activision Blizzard will report earnings for the holiday quarter on Tuesday. The company already took a big hit when it announced that Bungie is taking its marbles and going home, saying it will take Destiny back from Activision and self-publish it instead, yanking out an estimated $350 million in revenues from Activision in 2019. Nvidia, which is a graphics card maker and a proxy for the PC gaming business, also saw its stock price slide as it said its PC gaming and data center business fell short in the latest quarter. Even French video game publisher Ubisoft saw its stock take a hit on the eve of the launch of Tom Clancy’s The Division 2, one of the big titles of the year.

Above: Get yourself some Fortnite goods with your graphics card.

The net result is that the big Western video game companies lost close to $20 billion in market value in the past month. This is ludicrous, given that most of these companies are still reporting good profits. They’re just below some inflated expectations.

The wild card in all of this is Epic Games, which is a privately held independent company, partially owned by Tencent. That Chinese conglomerate bought a 40 percent stake for $825 million in 2012. Epic made the Unreal Engine, but its fortunes rose after Fortnite began to rule the roost in battle royale, a shooter genre in which a hundred players are whittled down to a single survivor. Epic’s fortunes rose so much it was able to raise $1.25 billion at a valuation of around $15 billion in December. Sadly, public investors can’t really participate in the rise of Fortnite. 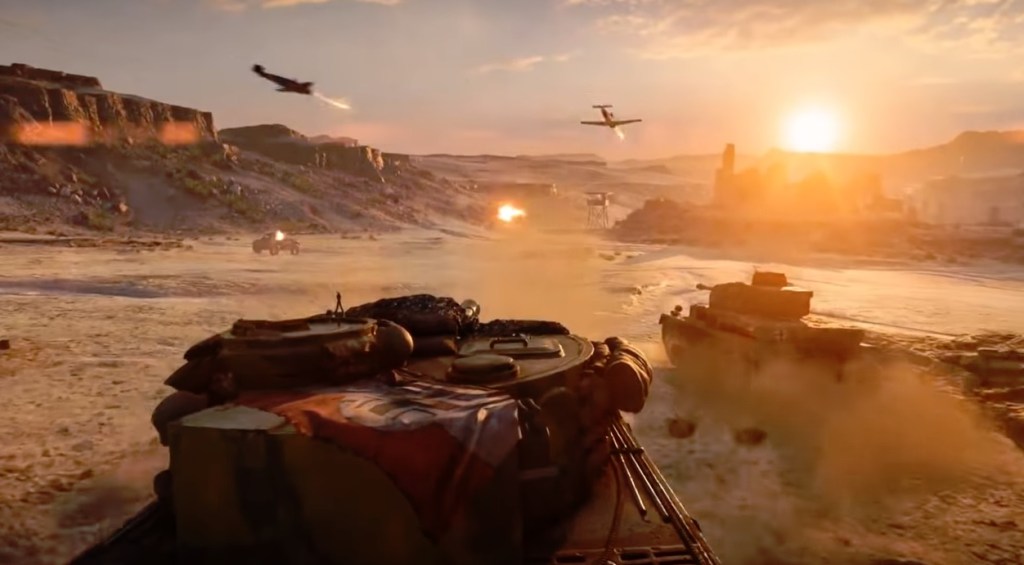 Above: The Last Tiger in Battlefield V.

Also, we have some crazy zero-sum game assumptions happening here. Just because Fortnite is doing well does not mean that EA’s Battlefield V has to suffer that much. (EA sold 1 million fewer copies than expected, topping out at a measly 7.3 million copies sold). After all, EA’s got two big games in motion now. The surprise hit of the week is from EA’s Respawn division, which launched the free-to-play battle royale game Apex Legends. In three days, it had more than 10 million downloads, but that’s not reflected in EA’s stock price.

EA also has Anthem coming in February. That’s a bigger bet from EA’s BioWare division, and its poor beta test results — where players could not log in — showed some risk for that title. But it’s a bit pessimistic of Wall Street to conclude that Fortnite’s presence is going to doom EA.

Perhaps EA’s waters are so muddy that it is a little premature to say it is undervalued now, after a big run in the stock price in the last few years. Activision Blizzard has a tough outlook, now that it is very dependent on Call of Duty and Blizzard’s side of the business for its future. But I truly don’t get why Take-Two’s stock had to fall. It has strong titles like Grand Theft Auto Online and NBA 2K. It hired one of the Call of Duty stalwarts, Michael Condrey, to start a new 2K studio in Silicon Valley. It has ongoing revenues possible with Red Dead Online, and we will still see a long tail of sales coming for Red Dead Redemption 2, whose costs from eight years of development were covered within a few weeks of sales. From here on, everything that comes in for Rockstar is gravy, after years of heavy lifting. 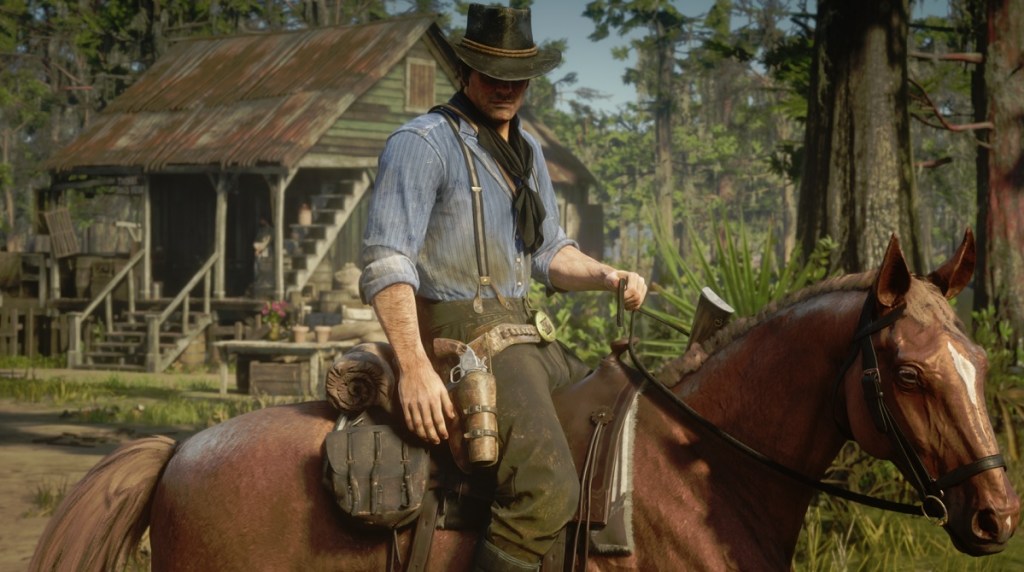 If a misunderstanding is happening here, it’s not that Fortnite is eating everybody’s lunch. Fortnite is expanding the video game market, on both the console, PC, and mobile fronts. Mobile games are spearheading growth, but games have a lot of potential to expand in markets related to virtual reality, augmented reality, blockchain, and other categories we don’t even know about yet, like voice games for cars.

The global games market is expected to grow from $137.9 billion in 2018 to more than $180.1 billion in 2021, according to market researcher Newzoo. Chinese game companies are getting their games approved by the government again, and that could help them recover market value that they lost in the past year, due to bureaucratic problems. Fortnite’s growth will help companies and games following in its wake. There are plenty more people who could become gamers on this planet, and games like Fortnite help reach those people. Wall Street should not presume that the best Fortnite can accomplish is to steal market share away from existing game companies. 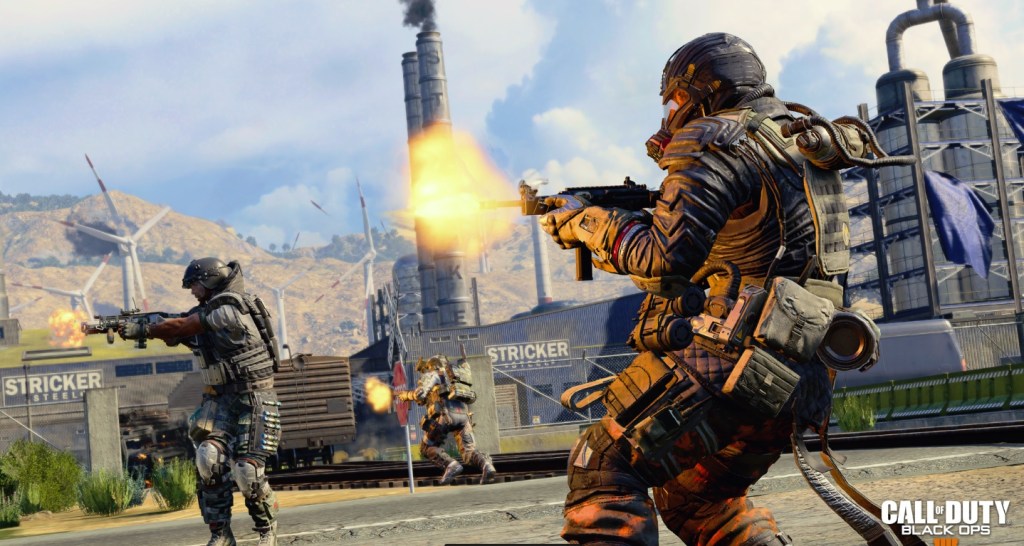 Next week, the leaders of the game industry will gather at the DICE Summit in Las Vegas, and I don’t think they’ll be in a massive funk because of low stock prices. Meggan Scavio, who runs the DICE Summit and its game developer academy, believes everyone will come back with a dose of inspiration, as usual. In other words, it’s still a good time to celebrate games, not mourn them. Wall Street, on the other hand, is treating the industry like it’s time for a funeral.

I realize that I can’t predict where the stock market is going to go, particularly if Wall Street fears a broad slowdown in the global economy. If that happens, the game industry will get hurt too, though some people say games and entertainment are resilient in slowdowns. There are real consequences to stock price drops, as it makes companies more susceptible to takeovers or less likely to buy other companies.

But I still see boundless possibilities for games, not bloodied waters of a shark-infested battle for market share. With a great slate of games coming this year, I think we’ll see the game industry bounce back, and Wall Street will look dumb.