Last August, KamaGames, a big European operator of social casino games, said it is moving into blockchain and cryptocurrency with the launch of its own KamaGames Token. The idea was to make it easy for the company’s 100 million social casino game players to buy in-game currency for the game Pokerist, using any kind of currency they wanted for the purchase.

But the experiment was a big hassle, and it turned out to be disappointing, said Andrey Kuznetsov, CEO of KamaGames, in an interview with GamesBeat. That was a letdown after predictions that games and other apps would drive cryptocurrency and blockchain to become a $60 billion industry, according to an October report by DMR Business Statistics.

For Kuznetsov, the jury is still out on whether it’s going to be a valuable and long-lasting addition to the sector as a whole. In games, crypto was hailed as a way to make in-game transactions easier and safer. By getting people to buy tokens, Dublin-based KamaGames hope to bolster engagement, brand loyalty, and drawn new users. It was following the lead of companies like PayPal, Red Bull, Swarovski, and Kik.

For KamaGames, the move into crypto and blockchain had little to do with raising money. The company made it clear from the onset that the objective of the token sale was not to attract the interest of investors or their financial backing. Nor did KamaGames look for speculator interest related to the token. It did not plan to list it on any of the crypto exchanges.

Based on blockchain technology and the Ethereum platform, KamaGames Tokens were primarily designed to give players the best possible return on in-game currency purchases as well as guaranteed bonus chips every day. KamaGames Tokens were to be available as a collection of in-game chips sold in a bulk block at the best price possible. These chips will then grow in value every day. Players would be rewarded for leaving their tokens untouched, with an expected 11-fold growth if they do so.

Last fall, the company tested the waters for interest in blockchain. Players said they wanted to use cryptocurrency to buy the tokens for KamaGames’ Pokerist app. But actual demand for the KamaGames token sale was less than its most pessimistic projections. That was measured in terms of the number of actual crypto payments made, the volume of new users attracted, additional revenue generated, and improvements in player retention and engagement.

Part of the reason may have been the broad decline in cryptocurrency prices. But Kuznetsov decided developing a social casino product on the blockchain makes little sense considering the priority for most social casino players is simplicity and speed. Blockchain doesn’t make that happen. In fact, KamaGames found Ethereum took too long to do transactions. KamaGames needs about 1.5 million transactions per minute.

While the conversation around blockchain and cryptocurrencies won’t dissipate anytime soon, it is clear that they may not be widely adopted by the gaming industry in the near future, Kuznetsov said. 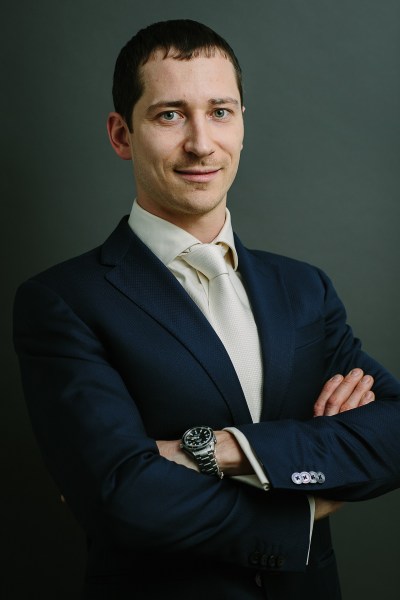 GamesBeat: I was reading about your experience. It’s a good description of what happened with your tokens. Could you describe where we left off and how things went in your own words?

Andrey Kuznetsov: I’ll start from the reasons we decided to do this market experiment. First of all, being an innovative company, we constantly do a lot of R&D. We test many different things, even some things that aren’t related to games. We did some experiments in the past with messaging platforms, with social networks. The token sale was a part of another experiment in the blockchain and crypto spaces.

In 2016 and 2017, and even a bit earlier, we were observing what was going on with blockchain and cryptocurrencies. We looked at the technology and we thought that if there was a benefit for us to come up with blockchain games — poker or any other social casino games — we’d decide to introduce it eventually. There were some technical limitations. We have more than 1.5 million transactions per minute, and at that time there was no blockchain that could guarantee that. There are probably some now, but not at that time. The other concern was how to do a proper RNG on blockchain. There are, again, some solutions available at the moment, but we haven’t come up to testing them yet, because there was no reason to do so. The third thing was, what is the actual demand for these games? What would be the benefits to players and us as a company? Unfortunately we found neither demand nor direct benefit, to players or to us.

Now we come to the crypto part. We received a number of requests from our players to accept cryptocurrencies as a payment for our in-game virtual currencies. We never did that, and we don’t do it now, but we decided to do a short-term marketing campaign to see what the actual demand would be. If the demand was high, then we could probably implement some solution on a permanent basis. From time to time we get outreach from providers who could offer such services. We decided to do that short campaign, and that was part of the token sale.

Kuznetsov: The second thing was just to see how the industry works, how complicated it is, and what the audience is like. Who are the users? What are their values and requirements? What do they need and what do they want? That’s why we decided to do a hands-on experiment there. Another thing was, we wanted to see if we could attract a new audience, more new players, outside our conventional user acquisition channels. We believe the demographic of our players is quite similar to the demographic of crypto users.

We also wanted to reward our existing players with something new, offer them this kind of proxy to chips. That would increase retention, because the token was designed such that holders could get additional bonuses every day for just holding tokens. Meanwhile, the exchange rate between tokens and virtual chips is growing over time, so they could eventually get more chips. At the same time, we tried to return our lost players, especially players, who might have played with us in the game for some time and left. We tried to bring them back with our usual instruments — push notifications, emails, sales and promotions — but the ones that never came back, we tried to offer them some free tokens. It’s a new marketing approach. Maybe we could bring them back and then sell them more.

As we mentioned a number of times, a decent part of our revenue growth over the last three years has been personalized sales and promotions. Now we do that four or more days a week. The key is to target people properly, to personalize as much as possible, to deliver the right message and the right proposal to every player. Here we created another promotional campaign where players could buy our chips through the token as a proxy for the best possible price. They could hold it and receive even more chips. It was a very good offer.