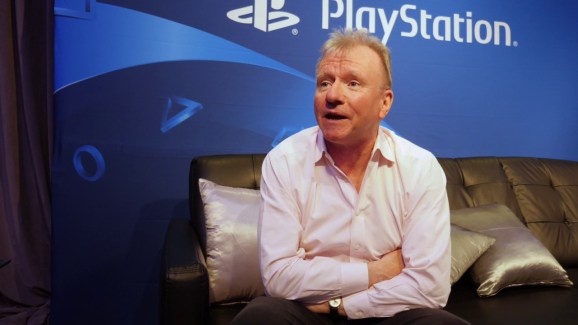 Why would anybody want to play that?

Sony is noting that Kodera will continue his work toward building up the company’s gaming and content services. Ryan, meanwhile, will begin overseeing the entirety of the PlayStation business.

But PlayStation fans may know him for occasionally sticking his foot in his mouth. Like when he spoke about backward compatibility.

“I was at a Gran Turismo event recently where they had PS1, PS2, PS3, and PS4 games,” Ryan explained to Time Magazine in June 2017. “And the PS1 and PS2 games, they looked ancient. Like, why would anybody play this?”

You can purchase a PlayStation Classic with 20 PlayStation 1 games at a retailer near you right now for $100.

Why is Sony making this change?

Sony is nearing the end of one its most successful consoles ever. The PlayStation 4 has surpassed 91.6 million systems sold as of January, and it is likely going to eclipse 100 million this year.

So why is Sony making a change? Sony chief executive officer Kenichiro Yoshida says he wants someone to focus on growing PlayStation as an overarching platform.

“Our Game & Network Services business has grown into the Sony Group’s largest business in terms of both sales and operating income,” Yoshida said in a statement. “Furthermore, our business in this domain holds significant importance as our growth driver going forward. At the same time, this industry is relentlessly fast-moving, and to remain the market leader, we must constantly evolve ourselves with a sense of urgency.”

Yoshida said he decided to mix up the leadership team after talking with Kodera. Kenichiro said that while he wants to keep Kodera in charge of expanding network services, Ryan has the experience to ensure stability within PlayStation.

“Jim Ryan has been long committed to the growth of the PlayStation business for the last 25 years,” said Yoshida. “I believe that this new structure – where Jim will manage SIE’s overall organization and operations, and which will allow John to focus on the key mission to further develop PlayStation Network that has now grown into an immensely large platform with over 90 million Monthly Active Users worldwide – will enable SIE to accelerate its innovation and evolution even further.”