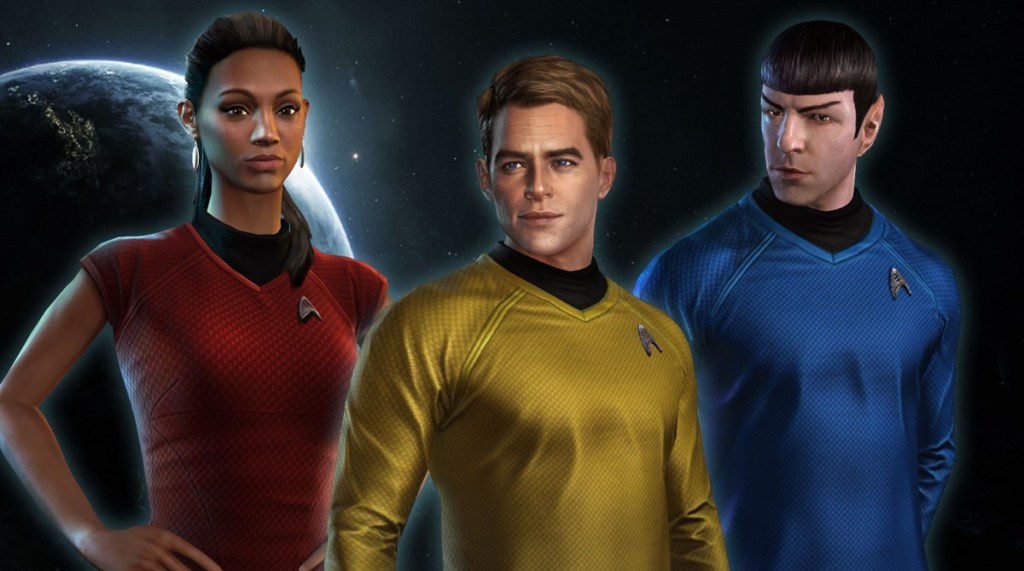 GamesBeat: Did you make a calculated expansion from casual into hardcore games?

Ferreira: One of the strengths of the publishing platform is that it’s usually genre-agnostic. We’ve built in capabilities that allow us to go after different types of games. The company was originally built on the back of casual games, to a point. In 2016, we started making more inroads into the mid-core space through the RPGs that we built, Walking Dead being one. The second one on the RPG side of things was WWE Champions, which has reached more than $100 million in revenue.

Star Trek was our first entry into the strategy category, which could rightfully be labeled as a bit more core than our prior experiences. We’re happy with how the game is performing. We’re seeing strong retention, strong engagement with the product. Over 90 percent of players play the game more than five days a week, which is a pretty exceptional KPI. The revenue trajectory is very exciting. We’re bullish on what this game can do over the next few months.

GamesBeat: How would you compare or contrast to a company like Jam City?

Ferreira: I wouldn’t want to go too far into what Jam City is doing. We’re very focused on this idea of a publishing platform that allows us to go after the space in a holistic manner. We build our competitive advantage around how we make and operate our games. 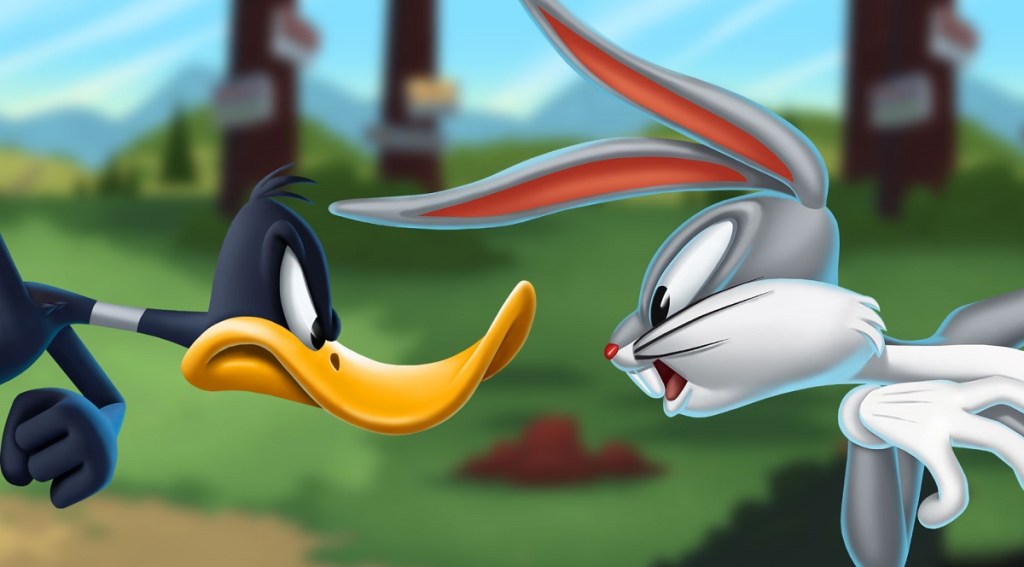 Above: All the zany personalities are present in Looney Tunes: World of Mayhem.

GamesBeat: It seems like they own more of their studios and people. As you get bigger, do you run into complexity problems with your different partnerships?

Ferreira: I’m not sure there’s necessarily a trade-off between ownership and complexity. It depends on a number of different things. I’d say that our studio ecosystem allows us to be very versatile. It allows us to be one of the few companies right now that, over the last couple of years, has launched successful games in the casual, RPG, and strategy spaces. I think you’ll see that very few companies have done that, including Jam City in that case.

We believe our studio setup is a strong competitive advantage. It allows us to work with the creative talent that we want to work with, rather than just the creative talent that we own. At the same time, we’re building capabilities and studios that are building and operating very successful games. We don’t see our studio setup as a disadvantage. One of the things we’re seeing in the space is that publishing gets better with scale. I’m not sure that product development does. We like the fact that we can work with smaller teams, very focused on a particular product and product outcome. That’s an advantage.

GamesBeat: Another similarity is that you’re both in Los Angeles and both working closely with Hollywood.

Ferreira: We’ve had a long trajectory working with IP. We look at IP from the perspective of audiences. We’re excited about partnering with IP that have a strong fan base, an evergreen fan base. We’ve demonstrated over the last few years that as far as partnerships for IP holders, we’re one of the best companies at building strong audience ecosystems for those audiences and monetizing those effectively. Hollywood is one part of the equation, but we’re working across the whole IP spectrum. We have a lot of very strong partnerships.

GamesBeat: As far as IP deals go, are IP deals now very different from what you might have done five years ago, when it comes to Hollywood partners?

Ferreira: As the understanding of the space has evolved, IP deals have evolved for both licensors and licensees. We’ve all become smarter about how to structure deals for optimal outcomes. Ultimately, in this business, if you’re successful, you can operate and monetize your games for many years. The question with all of our IP partners is, how do we make the business as large as possible over a five- or 10-year horizon? That’s what drives the terms.

In the past, other considerations have been at the forefront of the conversation. But today, all our deals have been structured so that together, we can maximize the long-term revenue of whatever business we’re in. 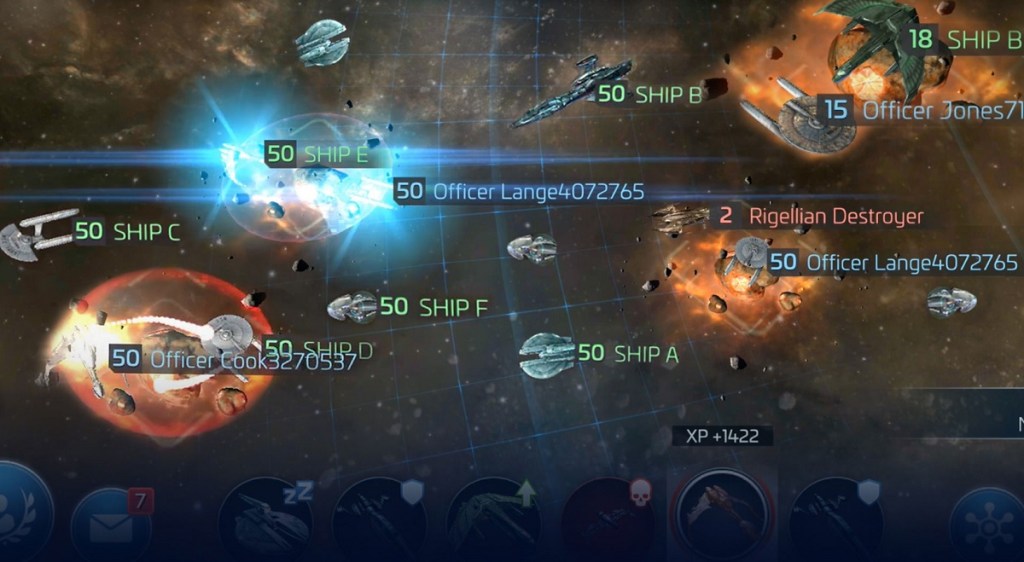 GamesBeat: Beyond your $400 million run rate, are there any other interesting numbers that you’re sharing right now?

Ferreira: We have 80 percent revenue growth from January 2018 to December 2018. That can help you contextualize the $400 million number. We had a lot of growth within 2018. Over the last four years, we’ve exhibited very strong growth. Looney Tunes, our other big launch in December, had more than a million downloads on its first day. To date, it’s our biggest RPG from an audience perspective. We’re very happy about what we’re doing there. The revenues of that product in its first month were larger than Walking Dead’s first month. We’re bullish on the long-term potential of that business.

GamesBeat: Zynga had a Looney Tunes endless runner that didn’t do so well. It seems like if you make the right choice for the kind of game, that’s a big difference.

GamesBeat: I’m curious what kind of trends you see in mobile gaming. It was interesting to see the strong negative reaction that Blizzard got over Diablo going to mobile and other anti-monetization trends we seem to see from hardcore gamers. Do these things show up on your radar?

Ferreira: The Blizzard announcement you mentioned, I think, validated that mobile games have gone from being a smaller category in the gaming world to the dominant platform. At the same time, the overall gaming category has grown significantly in the last several years. We’re living in a world of mobile first, which is very different from where we were a few years ago. That’s the first trend I see.

The second trend I see, if you look at free-to-play as a business model, that has gone from being the dominant business model in the Asian countries — China, Korea, Japan — to increasingly being the dominant business model not just in mobile but also in PC and browser. We’ll see significant inroads for free-to-play in the console platforms going forward. To me, those are the biggest trends I’ve seen. We think of free-to-play as a business model that allows people to invest as much as they want in their gaming experiences. If executed well, it can deliver a lot of satisfaction and benefit to players, who can play for free if they want to. That’s something we work on a lot.

GamesBeat: It seems like there’s still a contrast between whether free-to-play monetization is more accepted in places like China. Pay-to-win designs are more accepted there but not so much in the West.

Ferreira: Different geographies and different populations have different tastes or preferences. If you’re building a successful game in the West, you have to design your free-to-play experience in a way that caters to Western audiences. Successful games are built on a very long-term view of things. They’re great businesses 12 months in, but they’re even better business three or four or five years in. Taking the long-term view is important.

The business is built on the back of a strong, attentive audience that will invest time and money in your game. You’re right that there are differences, but if you want to have a successful franchise, the path is to make sure you’re designing the right experience for your audiences so that, in aggregate, they’re happy about how they’re playing and spending in the game. 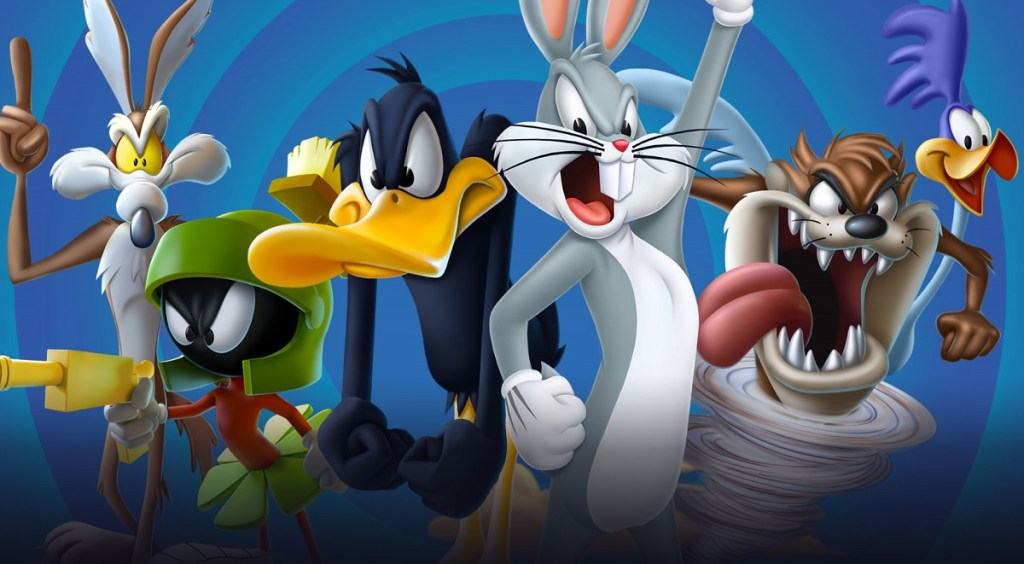 Ferreira: For the last five years, we’ve grown tremendously, every year, from $50 million a year to a more than $400 million run rate. We’re careful and disciplined in how we go about achieving that growth. On the one hand, we’re very focused on growing our existing games and making sure those games are increasing their user base, top line, and profitability. At the same time, we use our slate of future games as additional engines of growth.

When those two things come together in the way they’ve been coming together for us in the last couple of years, you have a sustainable, predictable, and rational approach to growth. I think you’ll see us on that trajectory for the next couple of years. We have an exciting slate of products launching in 2019. We’re confident that we’re going to stay on that trajectory. We’re cautious and thoughtful about how we’re investing. Our curve looks strong, and we expect it to stay strong in 2019 and beyond.

GamesBeat: How many games do you think you should launch in a year?

Ferreira: We only want to launch games that we think have exceptional KPIs, from a retention and an LTV perspective. That’s what drives our launch criteria. We are not going to set on launching any particular number of games. We’re always working to make sure we’re KPI-ready before we go to market. We’re building a very unique and exciting slate of products. As they’re ready in 2019, we expect to take them to market. But we’re not set on any particular number. As I said, it’s about launching great LTV curves that sustain long-term businesses.

GamesBeat: It sounds like you guys aren’t as extreme about some things as Supercell or Blizzard, where they’ll kill a dozen projects and launch four or five.

Ferreira: We’ve killed some games. We’ve gotten pretty extreme as far as iterating until we find the KPIs that we’re excited about. We have some games where it’s taken us longer to get those KPIs. In those cases, we believed in the core product idea and the core product team. We’re willing to iterate for long periods of time until we get those KPIs. The question is, do we believe in our path to those KPIs? If so, we’ll be patient and find the path to get there. Perhaps it’s a different strategy from killing a lot of games, but we’re looking for similar outcomes.

Ferreira: For 2018, we generated profitability from our live games. We were profitable for most of the year. We did spend a lot of money launching Star Trek and Looney Tunes. That was a worthwhile investment. That’s how 2018 looks from a profitability perspective.

GamesBeat: Are you doing any kind of fundraising right now, or are you done with that?

Ferreira: No, no. We’re not in any fundraising cycle right now.

GamesBeat: Have you signaled anything that’s coming in 2019?

Ferreira: We’ve not yet announced any of the titles we’ll be launching in 2019. As I said, I think we have a number of products that we expect to launch this year across different genres. It’s going to be an exciting year for us in terms of product launches.