It’s been a long wait. The third installment of the Metro postapocalyptic shooter games, Metro: Exodus, debuts this week after about four years of development.

Metro: Exodus hits February 15 on PC, PlayStation 4, and Xbox One. Fans have waited for the new game since Metro: Last Light came out in 2013. The original Metro: 2033 debuted in 2010, and it’s an adaptation of the novels of author Dmitry Glukhovsky.

In Metro, nuclear war devastated the Earth in 2013, wiping out billions of lives. Set in Russia, Metro 2033 depicts the life of a handful of survivors who hid in the Metro system in Moscow. They scavenge for food, and 20 years later, in 2033, they set foot outside, only to find horrendous monsters and mutants.

Artyom, a 24-year-old survivor of the bombs, journeys through the stations underground in a world in the darkness. In Metro: Last Light, the nightmare life continued, with the setting a year after the events of Metro: 2033. As part of the Spartan Rangers peacekeeping force, Artyom meets Anna, a sniper. In Metro: Exodus, Anna and Artyom are married, but Artyom is restless because he believes there is life on the surface. 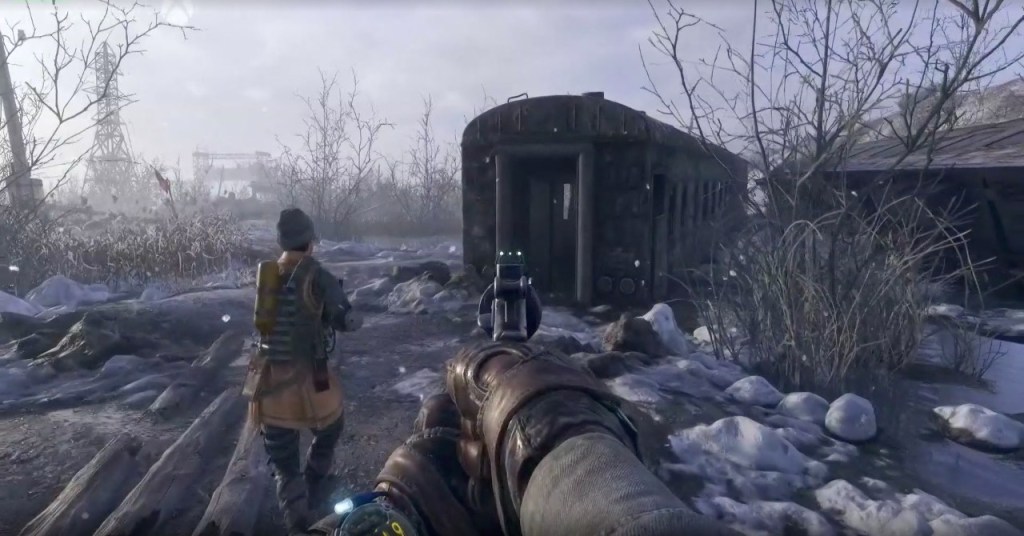 Metro: Exodus takes place in 2036, when a few thousand survivors are still clinging to existence under the ruins of Moscow. The beginning gives you a taste of stealth and the combat that breaks out when you step into the open. Playing as Artyom, I fought off a beast in the darkness of the Metro, and I nearly freaked out.

While on an exploration mission, Artyom discovers a train moving along the tracks through Moscow. Anna and Artyom uncover a conspiracy to hide that many survivors are on the surface (the Metro enclave states no one is on the surface, and most living there believe this). After a struggle, they escape Moscow on a train. In this video, you can see the beginning as Artyom faces skepticism about his belief in surface life, learns the truth, and embarks on a thrilling train ride.

We get our first glimpse of the outside world, beyond the ruins. The game will take us across the vast wilderness of Russia.

I think it’s a very well done beginning to an opus of a game. I’m not sure how much time I’m going to get with this one, but for those of you give it a go, I think the first hour is enough for the game to get its hooks into you.

You can also see videos that publisher Deep Silver and developer 4A Games released on the making of Metro Exodus, here, here, and here. The embedded gameplay video was captured from my session on the Xbox One.

Disclosure: The publisher provided GamesBeat with a PlayStation 4, Xbox One, and PC copy of the game ahead of the launch.