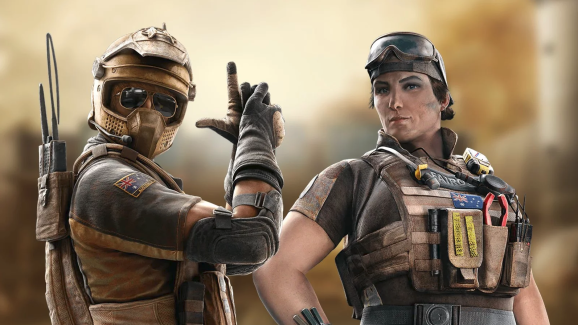 Rainbow Six: Siege is about to kick off its Year 4 content, but publisher Ubisoft isn’t going to unveil the details until February 17. But that doesn’t mean the company is remaining silent about Operation Burnt Horizon. While the reveal event is happening at the Six Invitational esports event, Ubisoft has shown off a number of teasers leading up to that.

Today, the publisher took to Twitter to share a video that shows off its upcoming Australian operators. In the narrative clip, the two characters sit in lawn chairs and overlook the dusty outback. They are presumably also enjoying a Blooming Onion and a Foster’s — although you cannot see those in the video.

This minute-long teaser shows off the leaked characters that Ubisoft has all but officially named. They are members of Australia’s SASR. One is an attacker, and the other is a defender. They also seem like close friends in the clip, which you can watch below:

The red desert is quiet… Too quiet for some…

Time to make some noise. pic.twitter.com/Auo538tBYQ

This tease comes on the heels of the Rainbow Six team showing off the Outback map earlier this week.

“[Outback is an] homage to all the dusty service stations that populate the forgotten highways of Austalia,” reads a Ubisoft’s YouTube description.

When is Burnt Horizon launching?

Ubisoft hasn’t announced a release date for the new map and operators yet, but it is likely coming in the next couple of weeks.

Players can get the Burnt Horizon operators using in-game currency. But you’ll get early access if you purchase the Year 4 Pass. This annual $30 fee has enabled Ubisoft to continue supporting the game. It has also turned Siege into one of the most successful live-service games in operation.

Siege’s business model is so successful that now other studios are beginning to borrow from it. Respawn Entertainment’s Apex Legends features “legend” characters that are similar to Siege’s operators, and Respawn is promising to add more in the future through a season-pass model.