In an earlier RetroBeat this year, I talked about how I wanted to get back into Japanese role-playing games in 2019. But the way I game has changed since 2017, back when I was playing my Vita almost every night as I went through classics such as Suikoden II, Breath of Fire IV, and The Legend of Heroes: Trails in the Sky.

These days, I do a lot of my playing on my Switch. While it’s an awesome system, Nintendo’s console doesn’t have a lot of JRPGs on it. And those that have come out for it — specifically Xenoblade Chronicles 2 and Octopath Traveler — didn’t blow me away.

But classic JRPGs are finally making their way to Switch. Square Enix is bringing Final Fantasy VII and Final Fantasy IX to the console this year. I already played through Phantasy Star IV on my Switch thanks to the Sega Genesis Classics collection.

However, I’m now working my way through what’s become the best JPRG I’ve played on the Switch yet: Tales of Vesperia. 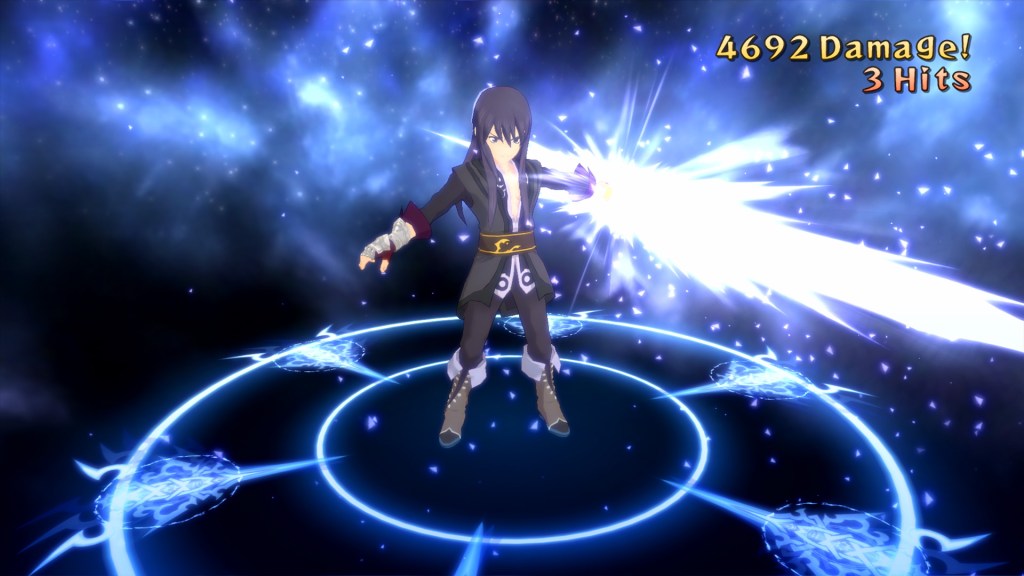 Above: Yuri is the game’s hero, and he’s a nice guy.

Tales from the past

Tales of Vesperia first came out for the Xbox 360 in 2008 (yup, if it’s over 10 years old, I’m gonna call it retro). I missed it the first time around, and that’s despite having some familiarity with the series. I enjoyed Tales of Symphonia on the GameCube back in 2004, and after that I thought I would explore more of the series.

But I was flooded by options. Tales of Legendia and Tales of the Abyss came out for the PlayStation 2 in the same year. It was confusing and overwhelming. And of course I picked up Legendia first, which by most accounts is the weaker of the two. I never finished it. After that, it felt like a new Tales game came out every year. I couldn’t keep up, so I let the series drift by.

It turns out that I missed out on a great game. Friends that I’ve asked consider Tales of Vesperia one of the best entries in the series, along with Symphonia and Abyss. Now that I’m finally playing it, I understand why. 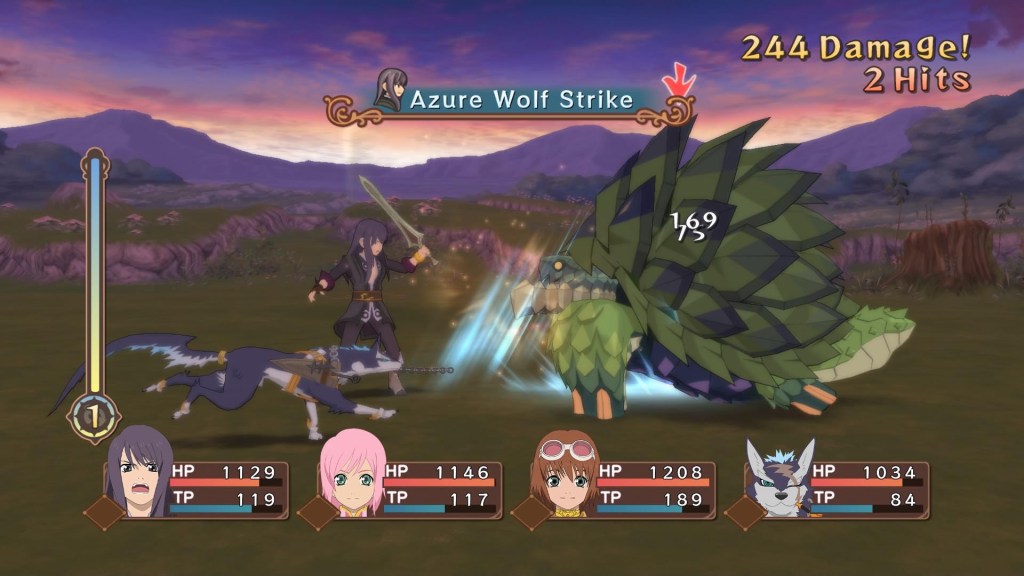 Above: Fights are always fun.

This Switch version of Vesperia is the Definitive Edition that also came out for PlayStation 4, Xbox One, and PC (but come on, it’s so much more comfortable playing this game on Nintendo’s system). It includes some upscaled graphics and more voiced lines. Of course, I never played the game before, so it’s all new to me.

If you’ve never experienced a Tales game before, it’s as typical JRPG stuff. You have a world map, towns, stores, equipment, and so on. And if you run into a monster, your party loads into a battle. Fighting is where Tales stand out. Battles are more action-focused. You can run around, attack, and use abilities in real time. It’s not as fast-paced as something like Kingdom Hearts, but it’s more active than a turn-based combat system.

All of the Tales games have a similar battle system. So what makes Vesperia special? It’s just such a likable game. At least so far, it’s story is character-driven, and I like them. The lead, Yuri, is an honorable but stubborn ex-soldier who wants to help people without being restrained by laws. Estelle is the typical cute-delicate-girl-who-never-left-the-castle trope, but she is written and played with enough sincerity that this works. 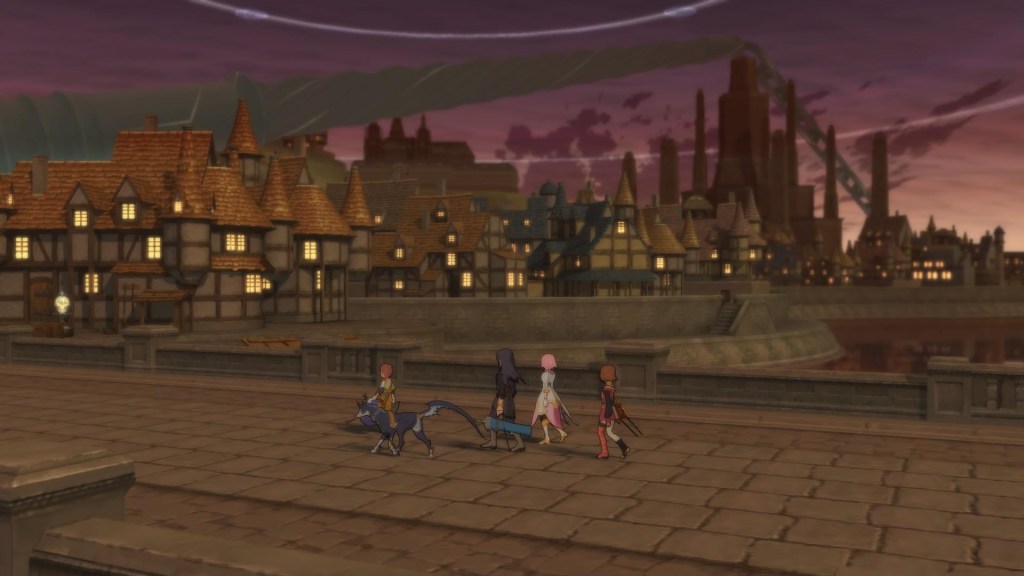 Above: The game has a lot of interesting towns to explore.

Rita is my favorite so far. She’s a mage, and she’s brilliant but short-tempered. All of these different personalities play off each other well, especially because Tales of Vesperia (like other Tales games) often includes optional skits. These are bits dialogue between the party that don’t advance the plot, but help establish characters and relationships. They make you feel closer to the cast.

Oh, and there’s also a dog in your party that fights with a knife it holds in his mouth.

It’s nice to have a classic JRPG experience that executes everything so well. Vesperia takes place in an interesting world with fun characters and a neat battle system. It has good pacing, breaking up story-heavy sequences with dungeons and opportunities to wander around the world map.

If you want to play a good JRPG on the Switch, it’s still slim pickings. But Tales of Vesperia is the one I would recommend the most.