Though Apple and Google both improved their augmented reality tools for developers last year, AR didn’t have a particularly strong 2018, as consumers largely shrugged off new AR apps and hardware. But the Lego Group announced an intriguing new initiative today: a collection of eight “haunted” building sets that can be enjoyed by themselves, or paired with a new AR app that adds spooky virtual elements to explore.

All set in the town of Newbury, the Lego Hidden Side sets will range in price from $20 to $130, with models including a bus, graveyard, and schoolhouse. In physical form, the models will be seen as they appear by day, while the AR app will show them infested with ghosts at night.

Lego’s free Hidden Side app lets kids choose between one of two characters to explore the sets from a first-person perspective, using Android or iOS devices to discover and capture the virtual ghosts. The AR app will prompt kids to discover new parts of the real-world models, and change the AR experience as kids physically manipulate the sets.

“At our core we focus on tactile building,” explained Lego SVP Tom Donaldson, “but AR presents opportunities to enhance physical LEGO play with new action and mastery elements. We’re breaking the mold of gaming-first AR play experiences to create a new type of play where the physical world actually influences the AR layer, instead of the other way around.” 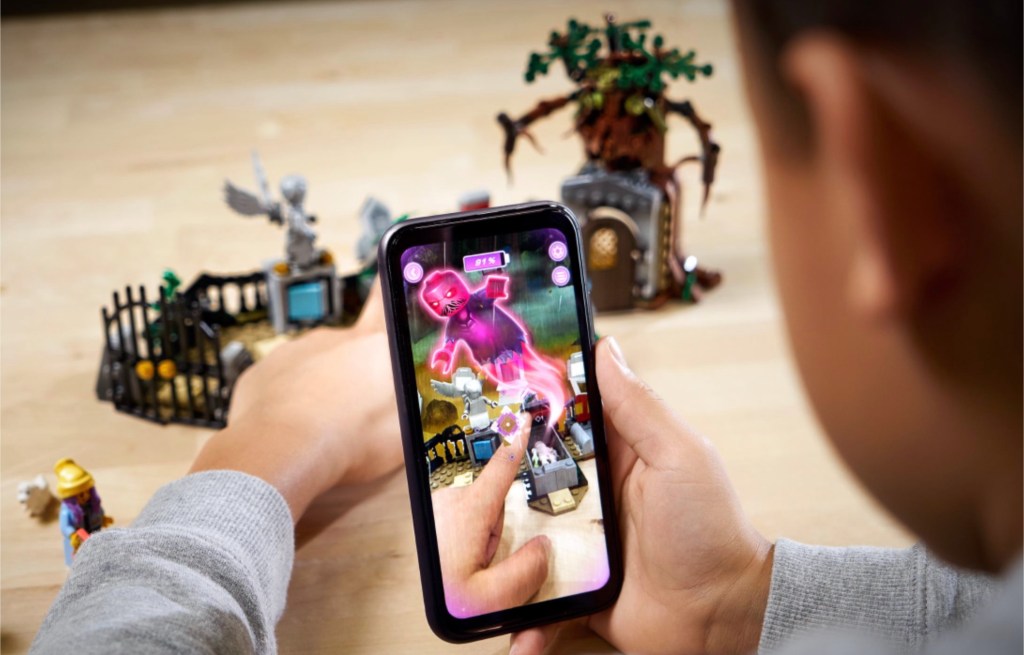 Lego Hidden Side builds on the Lego AR Playgrounds initiative announced at Apple’s 2018 WWDC. After showing a prototype on stage with impressive but largely cosmetic interactions between a Lego set and an iOS app, the company released Lego Ninjago AR playsets as “early experiments” to see how AR could enhance physical play.

The Lego Group says Hidden Side will be the first time it introduces a play theme as a service, with promises to keep adding new challenges, ghosts, and randomized gameplay to the app to keep it fresh. Kids will also be able to play several small games inside the Hidden Side app without using building sets.

The Hidden Side sets will hit stores around the world in late summer. iOS and Android apps are planned to hit the App Store and Google Play for free at the same time.