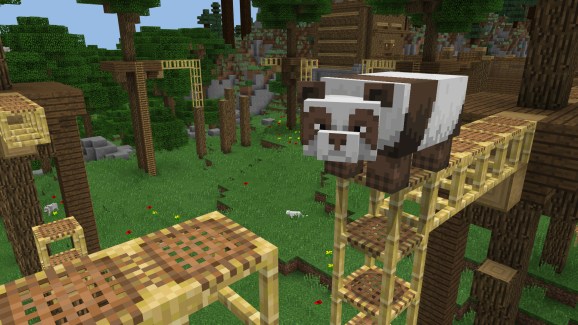 A panda bear in Minecraft.

Minecraft‘s mobile version earned $110 million on in 2018, according to market analysis firm Sensor Tower. This is best year ever for the iOS and Android versions.

That is an increase of 7 percent compared to 2017, when Minecraft made $103 million mobile. The the mobile version has made almost $500 million worldwide since 2014.

The U.S. was first in spending, attributing 48 percent of that $110 million in 2018. Great Britain was second with 6.6 percent, and Japan was in third at 5 percent.

Minecraft has become one of the most popular games of all time since launching for PC in 2011. It has released for just about every relevant platform imaginable, including mobile and consoles. Microsoft bought Minecraft and its developer Mojang for $2.5 billion in 2014.