ILMxLAB, a division of Lucasfilm in San Francisco, has been working on this Magic Leap project for four years. It’s been one of the key partners for Magic Leap in imagining new content for the augmented reality glasses, which can overlay animations on top of the real world. 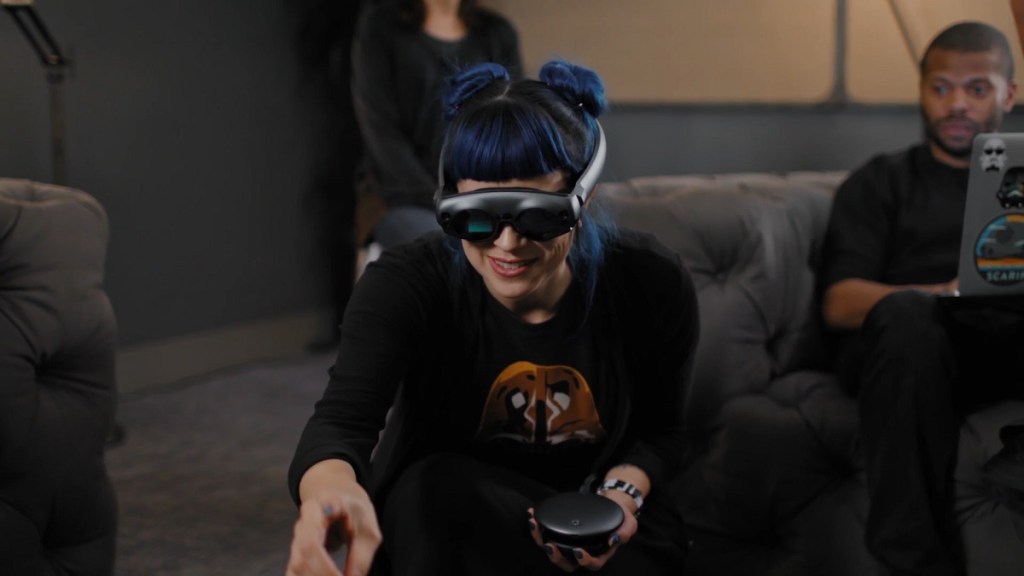 Above: Playing Star Wars: Project Porg on the Magic Leap One.

I tried a demo of Project Porg a few months ago at the Magic Leap L.E.A.P. conference. With the glasses on, I could see the cute little porgs from Star Wars: The Last Jedi in a real world environment. The porgs climbed on furniture. While it seemed like a game, ILMxLAB’s Vicki Dobbs Beck described it as an “interactive experience.” I don’t know if that is just because Star Wars games are the domain of Electronic Arts, which has a license to make Star Wars games based on a deal with Disney.

In Star Wars: Project Porg, you feed and play with the porgs, gaining their trust. You can train them later on, following the directions from C-3PO. 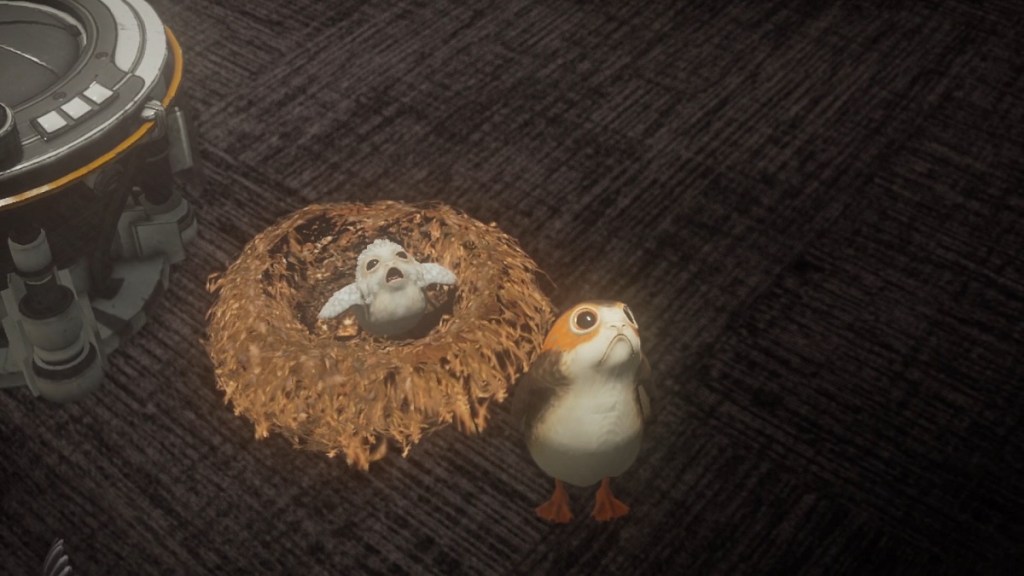 Above: Fluffly porgs in augmented reality.

The Magic Leap One Creator Edition costs $2,300, meant more for developers and early adopters than general consumers. But Project Porg and other apps like Dr. Grordbort’s Invaders from Weta Workshop are pointing the way ahead for a mainstream experience. Project Porg was built in Unreal Engine 4.