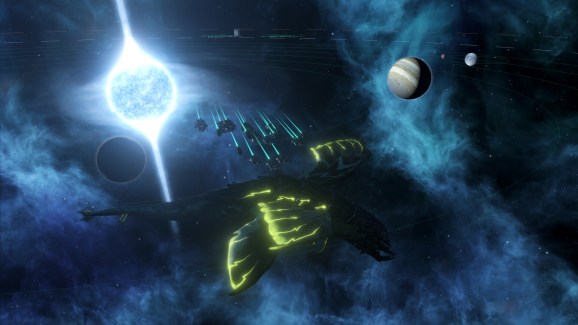 Paradox Interactive revealed its financial results for the fourth quarter of 2018, earning revenues of about $35.96 million. This is the publisher’s best quarter ever.

The Stockholm-based company focuses mostly on PC strategy and simulation games, like Battletech, Cities: Skylines, and Stellaris. Paradox’s offerings may be more niche when compared to larger publisher’s like Activision Blizzard or Electronic Arts, but it’s finding ways to increase its profits and become a leader in its space.

The fourth quarter revenues in 2018 were up 51 percent compared to the same period last year. This was without any new game releases. Instead, Paradox’s 2018 has focused on releasing expansions for its existing games. In all, Paradox put out 16 expansions in 2018. Six of those released in the fourth quarter.

In 2019, Paradox will release two new games, Age of Wonders: Planetfall and Imperator: Rome. It will also bring Stellaris to PlayStation 4 and Xbox One. Paradox is also planning to see a benefit in the evolving PC digital game store ecosystem, where Steam’s dominance is being challenged by growing platforms like the Epic Games Store. Paradox also notes that console makers are preparing for a new generation of hardware.

“For us, these are positive developments,” Ebba Ljungerud, chief executive officer at Paradox, noted in the financial report. “We own a strong portfolio of popular games and well-known brands, content that is very attractive to anyone attempting to enter the distribution market. Our strategy continues to focus on broad cooperation with all leading distributors, both in the PC and the console space. At the same time, we remain dedicated to building our own ecosystem of players around Paradox Interactive as the world’s leading publisher of deep, complex gaming experiences of the highest quality.”