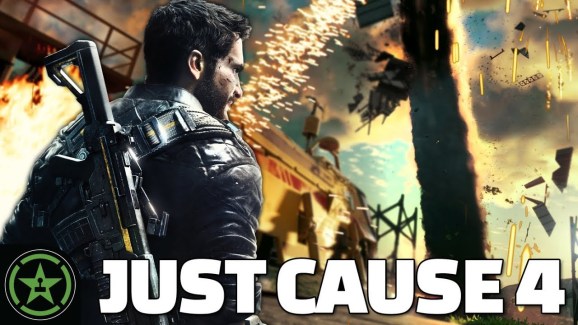 Square Enix is reducing its internal development teams from 11 down to four. The publisher is making this move to reduce cost. This comes as the company reports a decline in revenues year-over-year during Q3 of its fiscal 2019, which ran through December 31.

Through the first nine months of fiscal 2019, Square Enix has generated $1.6 billion (179 billion yen) in revenues. That’s down 4.8 percent compared to the same time frame in fiscal 2018. But the publisher is really hurting in terms of its profits. Operating income is at just $10.6 million (11.7 billion yen), which is down 65.3 percent year-over-year. So this has the company looking to reduce expenditures, and that is why it is chopping the number of business-dev units.

“As of [Q3 of fiscal 2020], we plan on reorganizing and consolidating the 11 existing business divisions at Square Enix into four business units,” Square president Yoskue Matsuda told investors at a meeting on February 5. “[We’re doing this] in order to increase the efficiency of our workflows, make more effective use of our resources, and consolidate our expertise with the aim of improving profitability.”

I’ve reached out to Square Enix to ask if this means it is going to lay off staff and which studios it plans to close. I’ll update this story with any new information from the publisher.

During its meeting with investors, Square Enix did point to some recent weak points. Games like Shadow of the Tomb Raider and Just Cause 4 were either sluggish or came in under internal expectations. And while the company says it still has plans to support those games, it doesn’t want to just keep releasing games like that in the future.

“The main reason [for our declining profits] is that we launched Just Cause 4 in December 2018, but it got off to a sluggish start,” said Matsuda. “So we were not able to offset the amortization charges on the development costs. Additional sales of Shadow of the Tomb Raider during the holiday season and the launch of Dragon Quest Builders 2 were also not enough to compensate for the shortfall of Just Cause 4.”

Matsuda also gave some details on Shadow of the Tomb Raider’s performance.

“While Shadow of the Tomb Raider got off to a weak start, we had shipped a total of 4.12 million units as of the end of 3Q,” said Matsuda. “And we look for sales to grow further in [the future]. Initial sales of Just Cause 4 were below our expectations, but we intend to grow sales in [next year] by offering updates and through other initiatives.”

While Square Enix took a beating at the end of 2018, it is still optimistic about the future. In particular, the publisher told investors that it expects to bring in big profits starting soon.

“We believe operating income of [40-to-50 billion yen] will be attainable [by the end of 2019] with the lineup we currently have planned,” said Matsuda. “But we still see risk of deviating from our target depending on when we release new titles and on how our development
efforts progress.”

Matsuda told investors that they should pay attention to the Electronic Entertainment Expo trade show in June for more details. But those kinds of profits mean that Square Enix is planning to launch a massive game at some point between April and the end of the year. That could mean the long-promised Avengers game from Tomb Raider developer Crystal Dynamics and Deus Ex developer Eidos Montreal.

But Japanese gaming-market analyst David Gibson is expecting something else.

“Let’s be clear,” Gibson tweeted earlier this month. “I think that means [Final Fantasy 7 Remake] news at E3 for a 2019 launch.”