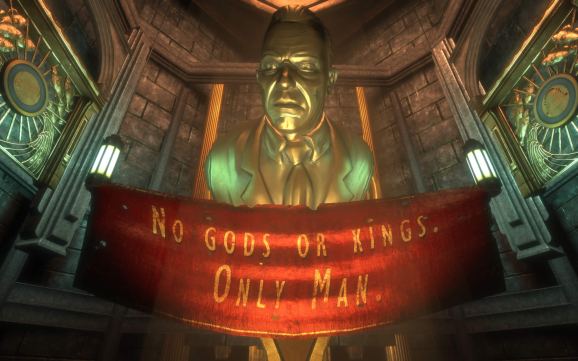 No Gods or Kings, Only Discord.

Discord is adding some big games to its monthly Netflix-style Nitro subscription service. Anyone who pays the $10-per-month membership fee can now download a handful of releases from publisher 2K Games.

Those include the following:

“We are super-excited to bring some of 2K’s most popular games into Nitro,” Discord chief executive Jason Citron said. “Discord aims to provide players with the best content out there, and this library of highly-regarded titles reflects that ongoing commitment. Our focus is to keep fostering passionate gaming communities so players and developers can always connect around the games that have brought them together.”

Discord is also implying that more 2K Games will join the service in the future. These first five games are just part of the initial batch.

The list of 2K Games on Discord Nitro join dozens of others from primarily indie studios and publishers as well as THQ Nordic. BioShock Remastered now sits alongside Battle Chef Brigade. XCOM is available but so is real-time strategy battler Tooth and Tail. And Mafia is joins Mega Man X-like run-and-gun platformer 20XX.

This brings Discord Nitro’s total number of games to more than 70. And as long as you maintain your $10-per-month subscription, you will continue to have access to those games until they drop from Nitro’s library.

As with Microsoft’s Xbox Game Pass, Discord is trying to create a Netflix-of-games service. And while Discord has 200 million registered users and potential subscribers, it’s going to need big-name content to get most of those people to buy into Nitro. A deal with 2K Games is a good start. But bringing in Ubisost and Capcom and hits like Far Car 3, Assassin’s Creed: Brotherhood, and Resident Evil could push the service over the edge for many gaming fans.

This will also help it stand out as Microsoft brings Game Pass to PC and as Google plans to show off its rumored streaming game service at the Game Developers Conference in March.