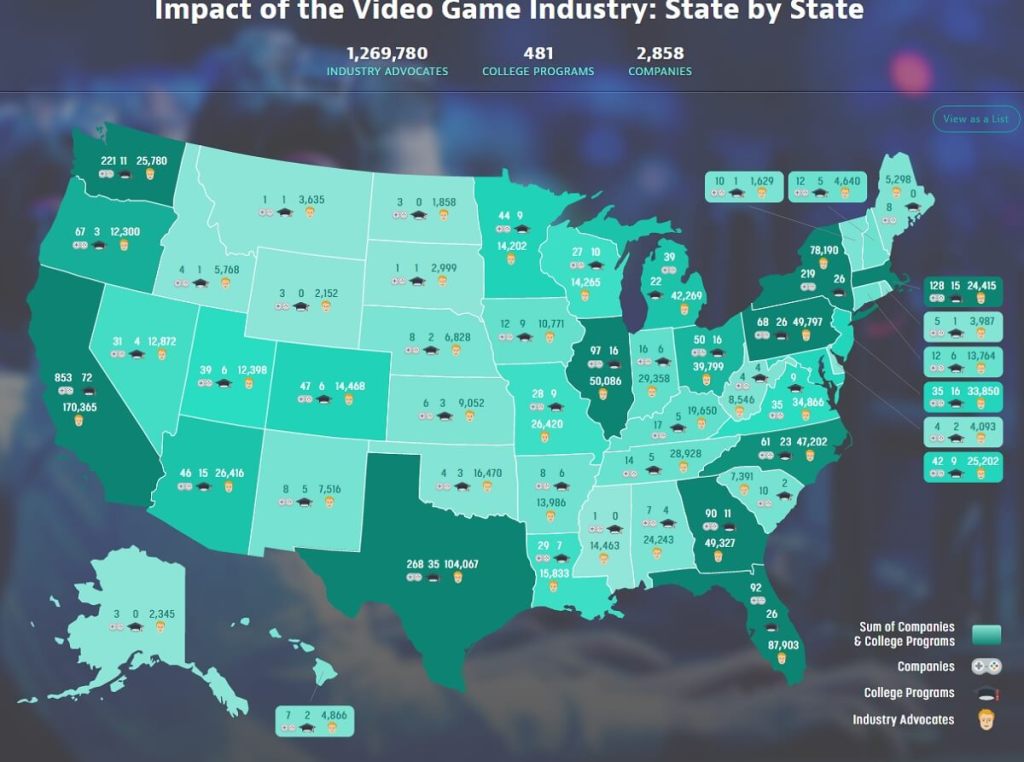 GamesBeat: On loot boxes, do you think regulation is coming? Do you have any particular position on what you’d like to see happening?

Pierre-Louis: We’ve described loot boxes as — let me put it another way. The way you approach the question brings a lot to mind. Video game companies try to bring value to games in lots of different ways. Sometimes it’s through earned items, various digital items. Sometimes it’s through monetization, through different mechanisms. Loot boxes are just one of those ways that allows engagement by a consumer in an optional way. It allows for more ways to get a return on value in various games.

GamesBeat: It looks like it may center on whether or not you can have random stuff in loot boxes, or if you should know what’s going to be in them before you buy them.

GamesBeat: It seems like such a small difference, but it can, again, be magnified in importance depending on where you go with it. If you’re going to start a gambling business, you can’t have people knowing what’s in the box.

GamesBeat: Because you can’t take money out.

Pierre-Louis: Exactly. That means you’re not putting something at risk. If you look at the standard for gambling, it just doesn’t meet that definition. That’s not just true in the U.S. It’s true in France and the U.K. and lots of other countries. They’ve determined affirmatively that it’s not gambling. Even in the states, even in the countries where the issue’s been raised, it’s been raised as the specter of the possibility of regulation, but nothing’s been approved yet.

GamesBeat: What else is on your agenda? What else do you want to talk about?

Pierre-Louis: The number one thing for us is getting a positive message out about video games. It tells such a great story. We’re dual DNA, tech and IP. That means we enter a conversation where we can talk about various components — the innovation economy, the creative economy. If you look at policy issues like digital trade, again, we tell a great story, because we’re a trade surplus industry for the United States. Regulators and policy makers like hearing about positive impact industries, which we are.

We’re also seeking incentives in various states so we can build out additional facilities, creating great games and keeping them here in the United States. That tells a very positive story of growth and development for the industry in the states. 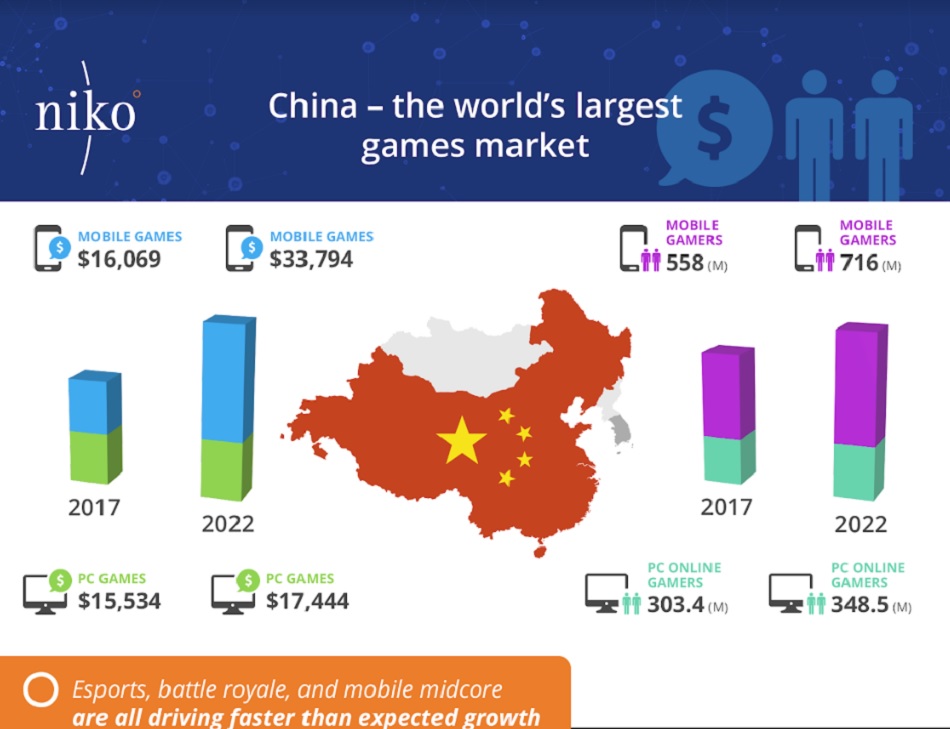 GamesBeat: Do you have any approach so far that might be similar to or different from the way Mike was doing things?

Pierre-Louis: Well, I’m the acting CEO. I’m just trying to work with an amazing team to ensure that we’re completing our mission, which is to amplify the great things our members are doing and that this industry is all about.

GamesBeat: With this year’s E3, do you expect it to be different from past years? Any ideas on how E3 is taking shape so far?

Pierre-Louis: E3 has evolved over the years. We added consumers in recent years. E3 Coliseum, esports competitions. What you’ll see each year at E3, including this year, is the evolution of E3 to match the evolution and trends of our industry. That’s important, because we need to amplify the products being announced, the announcements being made generally by the exhibitors and our members, and really shine a light on the industry in a positive way. It’s such an important moment for the industry every year. People pay attention what’s announced at E3. We want to make sure that gets the widest audience possible. So stay tuned.

GamesBeat: Do you still think that some of the biggest moments of the year are going to come at E3?

Pierre-Louis: We hope so. It’s shaping up to be an exciting year. 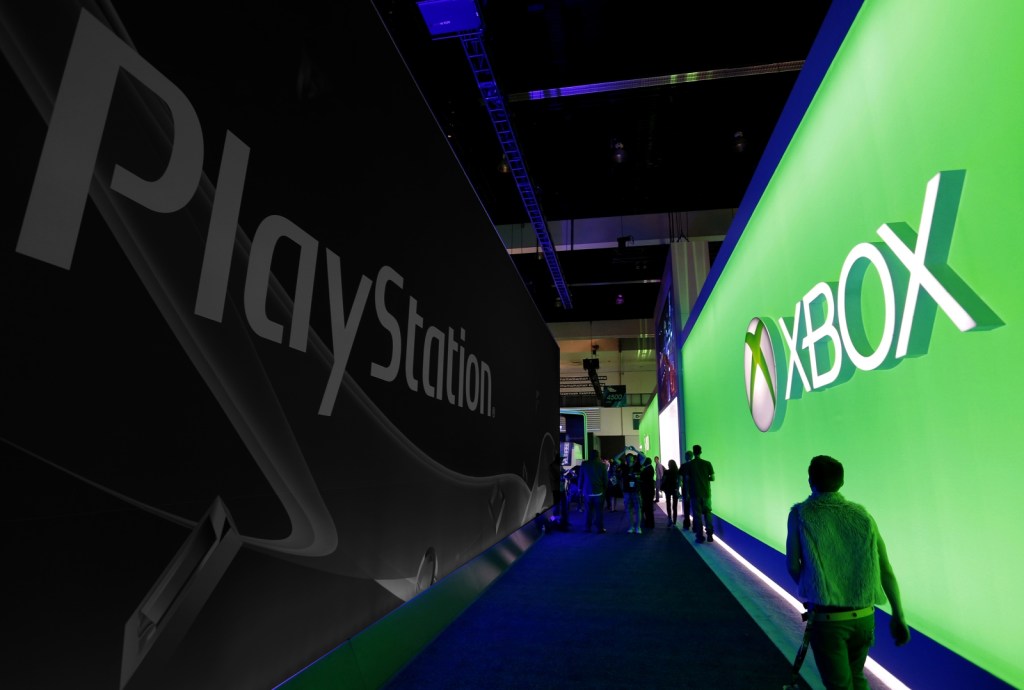 Above: Sony has dropped out of E3.

GamesBeat: On the technology side, Microsoft’s talk was interesting just now. They talked about how there could be a lot of implications for gaming from 5G. Maybe you get into totally different world where almost any game could be played in a mobile way. Right now we’re fairly restricted in what kind of mobile games we can make, technologically. Do you think the industry needs to push forward to do anything in particular on new technologies?

Pierre-Louis: Within the past month there were at least four announcements from companies saying they were going to be the Netflix of games. The conversation on 5G is really relevant to that discussion. You need stronger broadband. You need deeper broadband penetration, which includes not just urban but rural broadband. You need a consumer model of broadband that makes accessibility easy for the streaming game market to really flourish. It can’t just be in five really wired cities to be a success.

That’s how I read the Microsoft talk. I think it’s very true. You need that capability if you’re really going to expand, particularly with some of the games that are being developed and the richness of it and the amazing quality of the graphics. You’re going to need a strong pipe.

GamesBeat: We mentioned that there’s a market basis to how the government looks at games right now. I still worry about the games business in the U.S. — the number of jobs that get created here and whether those jobs can be siphoned off or exported to other countries like Canada, because they have so many incentives. Should the government do anything proactive about that? Do you think certain regions might be weakening? Are too many foreign companies starting to buy up American companies? I’m not sure market forces are always going to turn out the right way for the country when it comes to some of these things.

Pierre-Louis: Our members are looking to create more and more games here in the United States. Part of that is creating the right pipeline for game development. That starts with the educational system, encouraging more STEM-related courses and degrees, exciting students about STEM careers. We’re also proponents of expanding the H1B program to bring talented foreign nationals to the United States to create games, including students who come to study here and then have to leave if they can’t secure the visa necessary.

We’re a good story on H1B. We’re hiring for highly technical, high-paying jobs doing work on products made in the United States. We like to tell that story. I think that’s going to have a big impact, being able to have talent acquisition include a modernized H1B program. 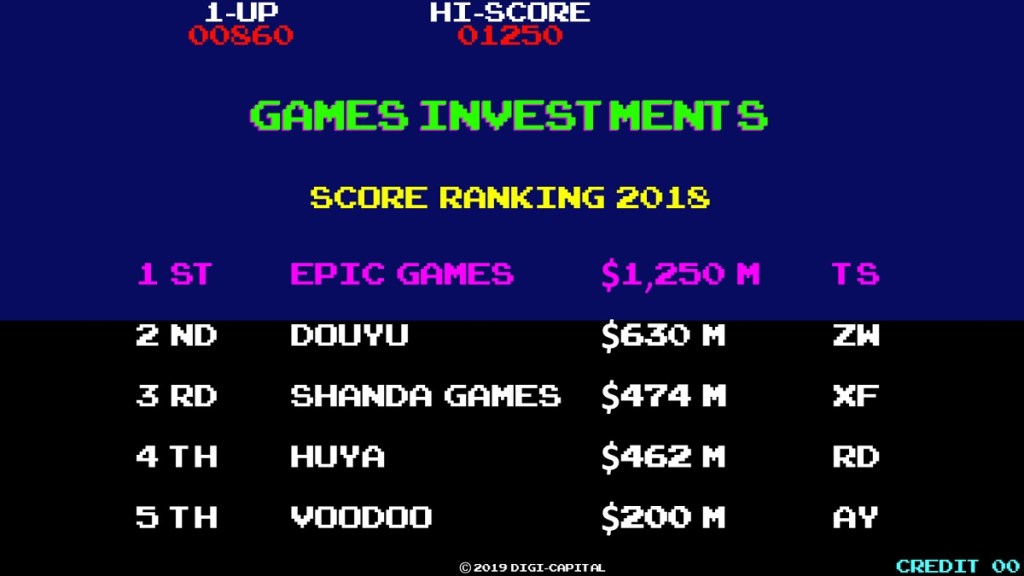 Above: The biggest investments in game companies in 2018.

GamesBeat: We have countries like Canada very aggressively going after jobs, but we don’t have that many efforts like, say, Louisiana’s, to create jobs in the United States. Does that worry you, or do you have a particular reaction to that?

Pierre-Louis: We certainly pursue incentives wherever possible. Last year we were able to secure a tax incentive in Tennessee for the production of video game music. Tennessee is such an important state in the music world. Being able to produce more game music there has been powerful for the industry. We look for those opportunities. States want to have video game employees. We’re a modern economy that modernizes a lot of the local community. It adds to the local discussion and flavor. We’re aggressively pursuing those kinds of incentives as well.

GamesBeat: I remember people talking about Telltale when they had their shutdown. That came as a surprise to everyone, and a lot of people started bringing up unionization as an answer, or something that could be done in response. I think the ESA doesn’t necessarily believe that’s the answer?

GamesBeat: The Chinese government and Chinese companies are very powerful. They have a very powerful stock market that gives them lots of cash, and a home market that gives them a lot of firepower. They can go and acquire American companies, but American companies can’t go there and exploit that market so easily. They have to go in as a joint venture partner and share half the profits with a Chinese company. It’s why those Chinese companies have gotten so big. There’s an imbalance that can be exploited. I’m not sure what [you can do] about that. But of all the things that seem like they’re unfair in the world, that seems like one of the most important.

Pierre-Louis: It’s definitely a hot topic. Our industry looks for opportunities to reduce market barriers everywhere. One of our biggest topics is digital trade. A lot of the laws that require local servers, localized content — we want to ensure that there are opportunities for us to do business in the most efficient ways. We’re always looking to reduce market barriers. We see the administration trying really hard on that issue.