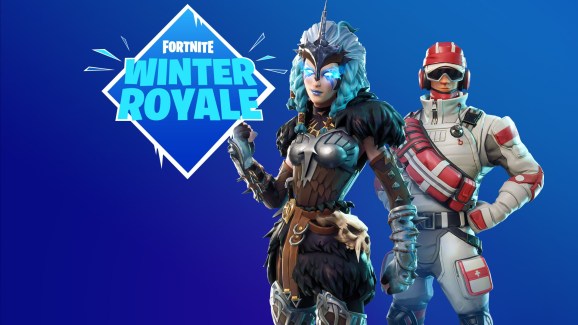 Since October, major game company stocks have been down significantly. Of course, much of this was due to an overall market decline. However, as market indexes have bounced back, game companies are still down. One of the big culprits, at least some people believe, is Epic Games’ multiplayer hit, Fortnite.

DFC Intelligence does regular calls with investors about individual company performance. Recently, there have been quite a few calls asking how much Fortnite is having an impact on the stock price for companies like Activision Blizzard, Electronic Arts, Nintendo, and Sony.

Our answer is simple. Fortnite should have no major impact on those company’s performance. However, it could affect stock prices if investors perceive it as having an impact. Stock prices often trade as much on perception as reality.

Fortnite is, of course, the huge hit game of the past year. It is generating a great deal of revenue, but more important, it has a ton of users. So, time spent playing Fortnite may take away from other games.

Fortnite is a major global phenomenon, but it is only the most recent in a long line of such games. League of Legends, Dota 2, and Minecraft are examples of games that had (and still have) a huge audience around the world. Of course, Fortnite is available on the major console systems where the above-mentioned companies make most of their money. Minecraft was the only similar game that had a significant console presence, after years of being just on PCs.

Fortnite has had an impact on Minecraft, starting to replace it as the game of choice for kids to just hang out in. Fortnite has replaced Minecraft in that demographics’ conscious.

However, Minecraft is a Microsoft property, and its decline has no impact on the companies we discuss. Furthermore, for Sony and Nintendo, you could argue that Fortnite has helped to drive hardware sales. Overall sales in 2018, for both hardware and software, were quite strong. Physical packaged sales actually held up quite well in the face of digital titles like Fortnite.

From a raw sales performance perspective, it is hard to point to Fortnite as the culprit. So on an individual basis, what is up with some of these game company stocks?

Over both the past year and the past few months no company has had a worse performance than Activision Blizzard. This past week Activision announced a massive layoff of eight percent of its workforce.

Of course, Fortnite was quickly blamed as the culprit. This was despite the fact that Activision also reported strong revenue and earnings that beat analyst estimates. The issue with a company like Activision Blizzard is that their biggest shareholders are now institutional investors like Fidelity and Vanguard. These investors are sophisticated and tend to take a long-term view of the stock.

Major Activision Blizzard investors are now thinking that the stock was overvalued. There is growing concern that Activision is a hits-driven company without a solid long-term strategy to account for major market shifts.

Much of this concern is legitimate, as new business models and technologies like streaming look to undermine the role of traditional publisher. Activision Blizzard has done well by buying up major players such as Blizzard and King. However, outside of acquisition, the company has struggled to expand.

Investors are starting to realize those challenges.

Recently, Electronic Arts’ stock has not been down nearly as far as Activision. Nevertheless, investors have the same concerns with EA’s long-term strategy. However, investors are also taking a hard second look at EA as possibly a better value than Activision.

Ironically, given its long-time position as an industry leader, Electronic Arts is now seen as somewhat of a dark horse among video game companies.

In the past two years, no stock has received as much attention from potential investors as Nintendo. DFC Intelligence has written multiple reports on the subject. A year ago, we expressed our opinion that many analysts were severely overestimating potential Switch sales.

In 2018, the Nintendo Switch meet DFC forecasts after strong December sales. However, it is clear the system is not going to do nearly as well as many analysts were predicting. With Nintendo, it was simply a case of some investors having unrealistic expectations.

As far as the impact of Fortnite, it should be nothing but a positive for Nintendo. There have been a great deal of complaints about the quality of Fortnite on the Switch. Nevertheless, we think it is the type of potential hardware sales driver Nintendo needs more of.

In 2018 there were major complaints that Sony did not permit cross-play of Fortnite with other platforms. In September, Sony changed that policy and OK’d cross-play. While this may seem like a big deal, it is really the kind of issue that only the most dedicated game consumers (and the media) are truly concerned with.

It is safe to say that Fortnite has almost zero impact on Sony stock. Sony stock has lagged in recent months, but once again this is more concerns with Sony’s long-term potential.

Sony investors are looking at potential competition with companies like Google and Amazon. In addition, there is concern that Microsoft will be coming on strong with more competitive offerings in the game space.

The issue with Sony is concern about the company’s ability to execute on a regular basis. This is especially true in the face of growing competition from big name players.

Finally, Microsoft’s stock price will probably not be impacted either way by an announcement of a new console system. The company is simply too big for investors to worry about its game business. Ironically, this was once true of Sony — until the past decade, investors did not really pay much attention to Sony’s PlayStation business. That has definitely changed. Sony’s stock price now depends very much on new game system product announcements and how investor’s perceive Sony’s competitive strength in video games.

The idea that Fortnite is killing other game companies is simply misplaced. It makes a nice story for journalists, but the reality is significantly more complicated.

Fortnite is just another in a line of mega video game hits. Long term, the battle royale genre will quickly become crowded. Electronic Arts recently had a solid launch of its own battle royale game, Apex Legends. There will be many more companies to follow with products that inevitability dilutes the genre.