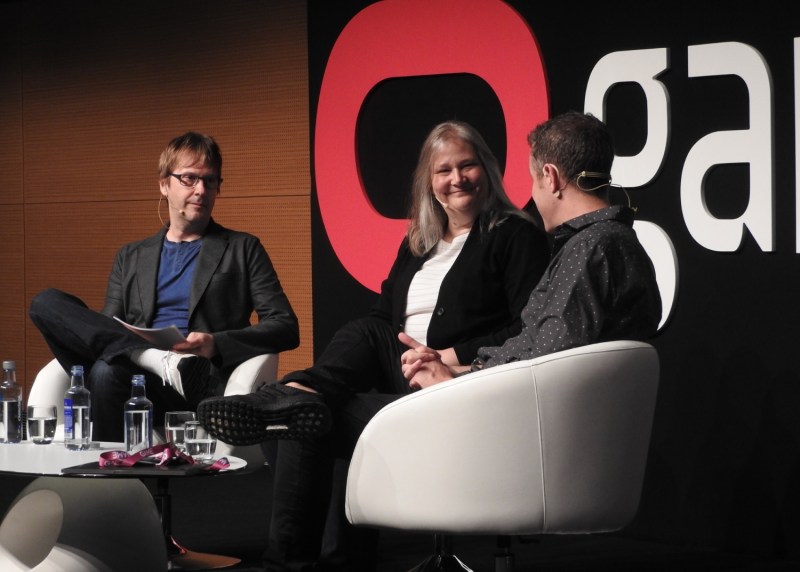 Above: Left to right: Mark Cerny of Cerny Games, Amy Hennig, and Geoff Keighley of The Game Awards.

GamesBeat: Do you think it could have been done in a way that you wanted it and a way they wanted it? I don’t know exactly what happened. Could something have worked out there?

Hennig: I don’t know. I don’t know. There were so many hurdles to overcome in terms of — you have a very expensive studio right in the heart of the bay area. It’s very hard to support compared to studios that cost a third of the price in places where there are tax credits. That’s a hard sell. That was a constant drumbeat, feeling like you had to justify the existence of a Visceral.

Obviously trying to create a third-person cinematic traversal action game with an engine that was made to make first-person shooters, that was a hurdle. But we knew going in that that was the goal. We were going to put this functionality into Frostbite. A lot of the team was hired to do Battlefield, and so that was a bit of a cultural shift, to make this different kind of game. Normally you cache for the project you’re making rather than trying to — it’s hard to convert the people you have if that’s not their type of game.

We were very far into development. We had a lot of material. I just think that there was a shift that started feeling inevitable. EA is just not — they hired me for a reason. They know what I do. But I think that where EA is at right now, they’re looking more at games as a service, the live service model. More open world stuff, trying to crack that nut, versus this more finite crafted experience.

We were trying to make sure that we built in other modes and extensibility and all that stuff. But the fundamental spine of the thing was more like Uncharted than one of these open world, live service games. That’s a big gap to cross. I don’t know how you get from here to there. And then to try to push something that may not quite fit into the portfolio as it is today, and try to do it at this really expensive studio — it was a bit of an uphill battle. All of that stuff is publicly known.

I’m not going to pick over the bones of the thing or tell tales out of school, that kind of thing. I don’t not understand the decision. It was something we were struggling with the whole time. Does this make sense? Is this something EA really wants to do? I certainly regret the fact that there’s a lot of good game there that I would love to see the light of day. A lot of people would. One never knows what might happen.

Hennig: In a lot of ways. It’s more social and open. Everybody’s trying to crack that nut. That’s what I’m saying. Some of this is very personal resolutions or conclusions for me. I want to make sure that I’m still be objective enough that I’m not just imposing my own personal conclusions on the industry. But I feel like the experience I just went through is more symptomatic than isolated. It’s very hard to make this kind of content in a world and an industry that’s trying to crack this other nut, the live service model. How do we have a big game that’s ongoing and monetizable? I’m not trying to put a nasty spin on that word. It’s just a reality.

Then you try to sell this finite, crafted thing. What does that get sidecarred onto so it can exist? I don’t know. Or do you just go into a different area where that content makes more sense? That’s why I was exploring VR. Can you do a deliberate, crafted story in that space, more so than you can in the triple-A console space right now?

Again, when I say “finite,” I still feel like even these big games — single-player is not dead. Look at what’s nominated. But they still bear the burden of being bigger and deeper. We’re still raising the ante all the time. Seeing these games, people are working harder and crunching more. Development is longer and riskier. What if any of these things didn’t hit? If there was nothing there after five years? That would tank a studio. These are massive, terrifying bets.

GamesBeat: The good thing seems to be, maybe, that for every company that adopts a certain strategy and goes off in that direction, another company might see an opportunity to go in the other one. Maybe the platform holders will go that way.

Hennig: That’s the hope. When people point at Sony’s games — I mean, God bless Sony for their dedication to this kind of content, even though it is growing and getting more and more unsupportable. I don’t think anyone would argue that. It’s a different proposition than it was 12 years ago.

What you have to understand is that Sony is selling hardware. If you’re a platform holder that has an incentive beyond selling that one piece of software, then yeah, they’re more likely to invest in stuff that’s going to be exclusive to their platform. Initially, you have to seek out those kinds of partnerships. Do you want content like this on your platform? Do you want to help fund it?

GamesBeat: It would be nice if you could bring all the resources you need, but still be independent. From your last job, do you think you’ve seen that independence is important? Being able to make the call.

Hennig: That’s one of the benefits that Naughty Dog has. They’ve managed to maintain a culture of — even despite their size now, this radical risk-taking which enables greatness. It’s also a tightrope walk. You embrace that and accept that you’re in the business of risk. But a lot of big publishers aren’t going to necessarily have the same mindset. As an individual, or starting a small studio, you can choose to say, “That’s our culture. We embrace risk and the unknown. We have to take chances. We have to be wise and figure out when we have to hold back.” You have to find partners that feel the same way, rather than trying to fit yourself into a box that doesn’t work. 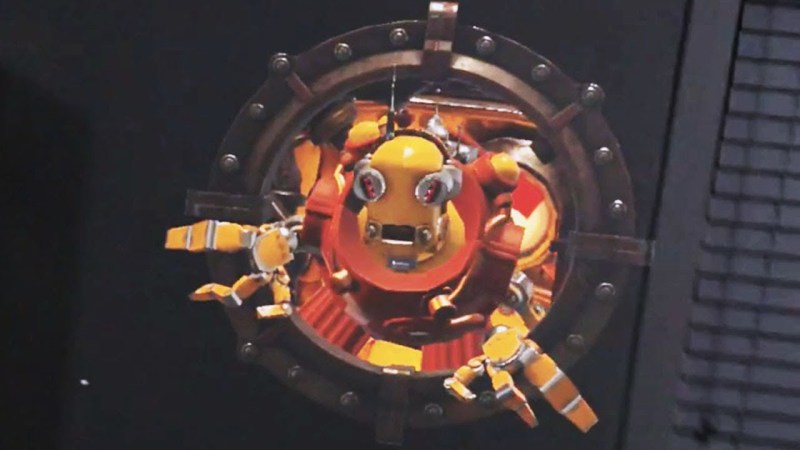 Hennig: I really wanted to see that!

GamesBeat: Working for seven years on a Magic Leap game.

Hennig: I know, I know. Again, if you have a platform and somebody says, “We want content. We need people who are pushing the envelope in our medium, with our technology,” that’s an exciting place to be. The scary part is you might make something that never comes out, or doesn’t get seen by many people. But that’s certainly one funding model, to find people that need content and get them to partner.

That’s why I said that it might just be getting more like what we see in Hollywood. It’s not about what company you’re joining and making content exclusively for them. It’s all of us moving around as free agents and finding partnerships that make sense, people that are looking for a certain kind of content.

GamesBeat: I’d hope that backers would see the wisdom of putting their money into something you’re making.

Hennig: Me too. I’ve had lots of good conversations. It’s not like I’m out there completely hat in hand. I’m just having conversations to see what everyone’s saying. I’m getting antsy to get back to really making something, beyond just conceptually. And of course, you have this cart and horse, chicken and egg problem. I’d love to start hiring a staff around me to start exploring some stuff, but I can’t do that out-of-pocket. I’d be broke in no time. Especially in the bay area, going back to that topic. It really does come down to finding partners that want to start doing exploratory funding, just seeing where that takes us.