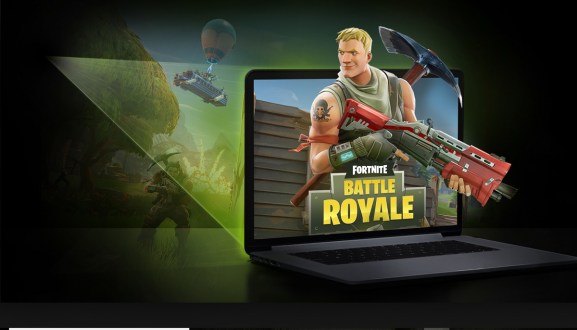 GeForce Now turns any PC into a gaming PC.

Microsoft is prepping its Xbox Game Pass and xCloud streaming service for the Nintendo Switch, according to a Direct Feed Games report. Direct Feed Games has a reputation for getting Nintendo rumors right, which is why so many people are taking this seriously. But while this deal may be in the works, it doesn’t quite add up as someone looking at it from the outside. And there’s one reason it doesn’t make a lot of sense: Nvidia.

Nintendo and Microsoft are chummy with each other — especially compared to Sony’s relationship with either company. Microsoft’s Minecraft and Xbox Live are already on Switch, which enables crossplay with PC and Xbox One. But that relationship doesn’t compare to the partnership between Nintendo and Nvidia.

Nintendo would partner with Nvidia first

Nintendo is using Nvidia’s Tegra system-on-a-chip to power the Switch. And Nvidia chief executive officer Jensen Huang said that the two companies are in a deal that is going to last a long time.

“I think this is a relationship that will likely last two decades,” Huang told investors during a conference call in November. “And I’m super-excited about it.”

And Nvidia is not just a hardware vendor to Nintendo. The two gaming supergiants are also working together on software projects as well. Most notably, Nintendo is lending first-party Wii games to Nvidia to release on its Shield TV Android box in China. This means that Nvidia is actually getting the games up and running on Android, and it is in charge of releasing them in that territory.

The point here is that Nvidia and Nintendo are like this — I’m crossing my fingers. You can’t see it, but just go ahead and imagine that my fingers are crossed right now.

Nvidia already has a cloud-streaming service

So here’s the problem with Microsoft bringing Game Pass and xCloud to the Switch. If Nintendo is open to the possibility of bringing other cloud-streaming platforms to the Switch, why wouldn’t it go with the company it is already in a long-term relationship with?

Nvidia’s GeForce Now is a game-streaming service for current triple-A games. It is live on the Shield TV, which has a very similar Tegra chip to the Switch’s. It likely wouldn’t take too much effort to get it working on Nintendo’s hybrid handheld/home console.

So then why isn’t it on the Switch? Does Nintendo just not want cloud streaming on its device? Well, we know that’s not the case.

You can already get Phantasy Star Online 2, Resident Evil 7, and Assassin’s Creed: Odyssey on the Switch in Japan, but they don’t run natively on the system. Instead, the system streams those games from a server.

So if Nintendo is open to streaming games, but it has not worked with Nvidia to release GeForce Now on the Switch, then what is going on? And why would it suddenly welcome Xbox Game Pass?

One reason I think that Nintendo wouldn’t want to offer GeForce Now on Switch is because it would hand over too much power to Nvidia. Especially because GeForce Now is not some huge, established platform.

Instead, why wouldn’t Nintendo just offer its own streaming option powered by Nvidia. That’s something that the company may want to consider — especially since it’s looking for ways to bolster the Switch’s online service.

“It is critical that these [Nintendo Switch Online] members want to continue using the service for a long time rather than letting it expire,” Nintendo president Furukawa told investors in March. “And for that, we need to build relationships with consumers and enrich the content. With this in mind, we are currently planning ways to boost the appeal of the service on a yearly basis. We will announce more details as soon as we are ready.”

Obviously, Tetris 99 is part of that effort, but maybe access to a Nintendo Now streaming program is as well.

None of this means that Game Pass and xCloud won’t come to Switch. And if it does, maybe it will only include Microsoft-published games. Which makes more sense than creating a competing way to play third-party games. But regardless, I would expect something to happen with Nvidia first.