Overwatch has released its 30th hero, Baptiste, on the game’s test server. After messing around with this new healer for a bit, I’m worried.

Just yesterday, I wrote an opinion piece on how Apex Legends should learn from Overwatch’s mistake and be careful when it makes new heroes. Today, we may be looking at another bad character addition. Or maybe not! Baptiste is still undergoing testing. I haven’t been able to play with him all that much. And, hey, what do I know anyway? I’m not exactly a pro Overwatch player.

But Batiste emphasizes a lot of things that have been slowly decreasing my Overwatch playtime during the past six months or so. Specifically, an emphasis on tanks and healers while traditional damage dealers take a back seat.

Baptiste has a versatile kit. His gun can deal decent damage and has a long range. An alternative fire shoots a grenade that heals allies. One ability heals himself and nearby friends for a short period of time. Baptiste’s ultimate move creates a kind of transparent wall. Any friendly projectiles that travel through the wall will gain a damage buff.

That’s a powerful kit already, but none of these are the big cause for concern. The ability that has me worried the most is a large cylindrical shield that surrounds him. It doesn’t block all damage, but anyone under its cover can’t be killed. They’ll always hold onto a little bit of health. It will encourage players to stack together, and it can help them survive abilities that try to punish teams for staying grouped, like Hanzo’s Dragonstrike, Zarya’s Graviton Surge, or Junkrat’s Rip Tire. And this isn’t his ultimate, so Baptiste can use this shield relatively often.

Baptiste seems to be adept at increasing his team’s healing, defense, and damage output. He has some weaknesses. He doesn’t have a great escape option, so if an enemy targets him, he could be in trouble. That may not matter much if he’s sticking close with a team taking cover behind his invulnerability shield. 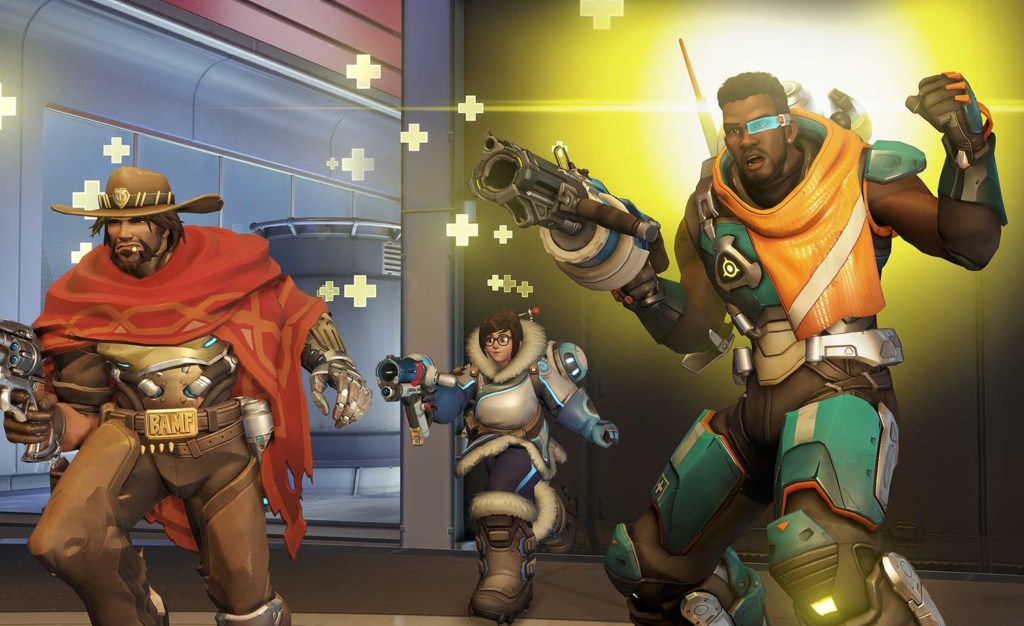 Above: Everyone gets healed, no one dies.

Right now, Overwatch’s meta is dominated by a character composition that the community calls GOATS, which has teams playing three healers and three tanks. They don’t even bother using damage characters, because Overwatch’s tanks and healers can deal enough pain themselves if they isolate enemies one at a time while their defensive capabilities keep them alive. Adding a new healer that can increase their team’s damage output and protect them from moves that should kill them doesn’t seem like it’s going to get rid of GOATS.

Again, it’s too early to say what Baptiste’s impact on Overwatch will be. But I’m worried that adding another strong, versatile healer and another shield to the meta will continue to make Overwatch a less interesting shooter for me, one where staying alive feels more important than killing people.

I could be wrong. That invulnerability shield is not itself invulnerable. A smart team can target its generator and destroy it before using a big move like Dragonstrike. Of course, that could be a level of coordination that many teams (especially in lower rankings) will be unable to manage.

Baptiste is fun to play. His design is creative. He looks cool, and I like his backstory. I just wonder if he’s good for the game.