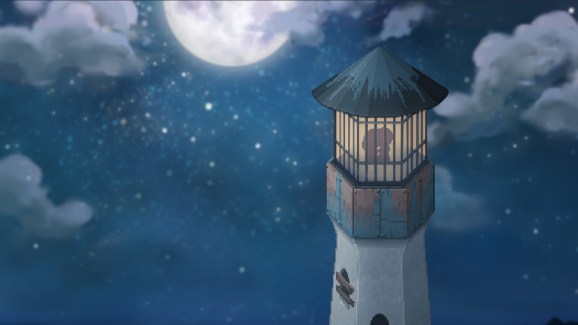 Another indie hit is coming to Switch. To the Moon will release for Nintendo’s portable/home console hybrid this summer.

To the Moon is a story-based game about a dying man who gets to relive his memories thanks to the help of two doctors. It came out for PC back in 2011. This will be first time To the Moon will be available for a console.

Switch has become the hottest place for indie games. Newer releases like Celeste and Dead Cells do great on that platform, but older indie games have also found new life by releasing on Switch.

This is no mere port of To the Moon, however. Freebird Games made the original inside RPG Maker. For the Switch version, X.D. Network remade the game inside Unity.

“Even under such a freemium-lead market, it’s never too late to bring this heart-gripping story to a whole new group of players.” said Shen Sheng, chief technical officer and the development producer of the Switch version of To the Moon from X.D. Network, in a press release sent to GamesBeat.

If you’re looking for a Switch game that can make you cry — aside from dying at the final boss of Dead Cells — this could be the one.