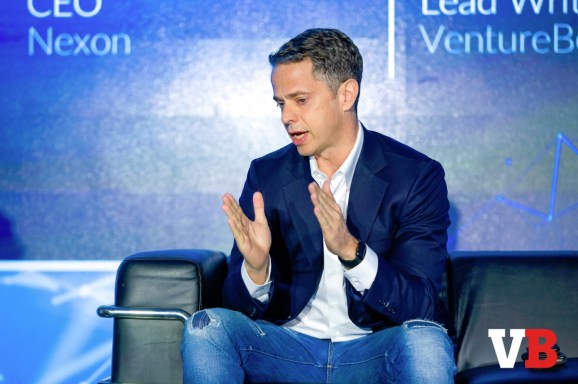 Ultimately, the deal is expected to top $9 billion, which is the value of shares held by Nexon founder Kim Jung-ju and his family. He has announced he plans to sell his 98.64 percent stake in NXC, which owns 47 percent of Nexon.

The Tokyo-based Nexon has been a huge player in online games with titles like Dungeon Fighter Online and Maple Story, and it has been moving into mobile. To rise above the norm, Nexon has been signing deals with well-known creative developers.

Earlier this month, South Korean news web site Daum reported that Kim was planning to sell his stake in the company. I’ve since heard similar confirmations of the intended sale.

In addition, investment firms such as KKR, TPG, and Carlyle are reportedly attempting to partner with U.S. gaming companies to round up the funds for a bid.

Owen Mahoney, CEO of Nexon, will be a speaker at our upcoming GamesBeat Summit 2019 event on April 23 and April 24 in Los Angeles. EA declined to comment, and we’ve asked the other parties for comment. The Korean bidders are arguing that they are better bidders as Nexon is an important national asset of South Korea (while Nexon’s headquarters is in Tokyo, most of its developers are in South Korea).

“I am not an expert in Korean law and certainly the Koreans often treat gaming as a “god-like” activity, so maybe this will be forced by the government of Korea to go to NetMarble,” said Mike Vorhaus, CEO of Vorhaus Advisors and a longtime game industry analyst. “But I think companies like EA, Amazon, Comcast could all be higher bidders because the value of Nexon is immense to them — for EA it fills some big holes at the company, for Comcast it gets them into gaming in a very big way – which is a better growth business than TV and films — and for Amazon it positions them as a major player, overnight, especially in PC and to some extent mobile games. If the company is forced to sell to NetMarble, I don’t think the shareholders will be getting full value unless they match these new offers.”