Optic Gaming has won a lot of esports competitions over the years, and its reward is a new partnership with athletic apparel brand Champion Athleticwear.

The Frisco, Texas-based Optic Gaming has entered into a collaborative partnership with Champion Athleticwear, makers of authentic athletic apparel since 1919. Such deals will help esports become a $1.7 billion business by 2021, according to market researcher Newzoo.

OpTic and Champion will work together on a number of projects to bring co-branded apparel to the esport giant’s fan community, the partnership represents one of the apparel company’s deepest investments into esports products, starting with a year-long campaign to create co-branded clothing in collaboration between Champion and OpTic’s creative teams.

“The awesome Optic community, the Green Wall, is all about style and confidence, and just like their name says, Champion comes from a legacy of winners dating back a hundred years. It’s a perfect fit,” says Joe Hills, head of brand strategy for Optic Gaming, in a statement. “Working this closely with Champion is a huge deal for us, because it means that the Optic community is helping to push mainstream awareness of esports in popular culture, and it’s a show of faith for Champion, who want to co-brand their apparel to a community of passionate and loyal fans from all over the world.” 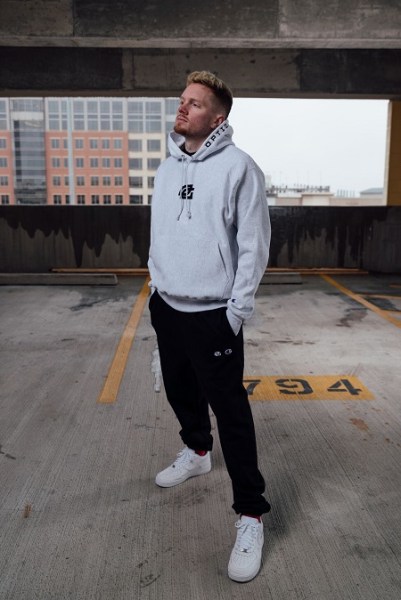 Above: Optic Gaming and Champion.

I’ve watched the Optic Gaming team play in Call of Duty tournaments over the years, and they’re consistently competitive.

Starting March 1st, Champion Athleticwear and OpTic will initiate their year-long collaborative campaign with a series of specialized co-branded designs for T-shirts, hoodies, long sleeves and jerseys which will be available Champion’s retail stores in Los Angeles and New York.

The items hit Optic’s online storefront, store.opticgaming.gg, on March 2. In Q2 2019, Champion and OpTic will embark on an unprecedented retail activation for an esports enterprise, with new collaborative designs being released in Q3. More details on Q2 and Q3 activations will be revealed at a later date.

“Since the 1919 founding of Champion Athleticwear, we have always been looking to the future of sports apparel. This rich tradition continues with this collaboration with our dynamic and winning partners at OpTic Gaming,” said Matt Waterman, general manager of Champion, in a statement. “Alongside the creative team at OpTic, we’ll be creating clothing that appeals to all esports and gaming enthusiasts, and a style that brings the same energy that OpTic brings to every match.”

Optic Gaming was founded in 2006 by Hector Rodriguez. It is now owned by Neil Leibman, owner of the Texas Rangers.