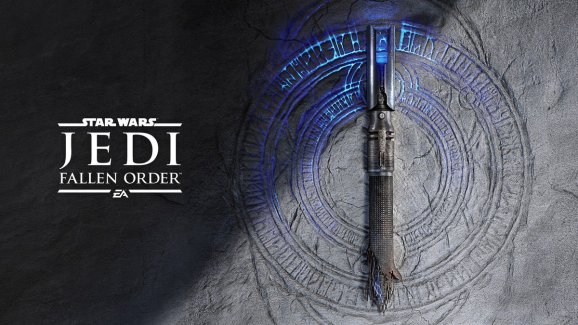 Star Wars Jedi: Fallen Order is launching this fall. Publisher Electronic Arts and developer Respawn have confirmed this release window. But now the companies have announced their plans to officially reveal the game to the public at the upcoming Chicago Star Wars Celebration fan event in April.

In today’s episode of The Star Wars Show, Lucasfilm said that Electronic Arts will host a panel about Fallen Order at Star Wars Celebration, a huge fan event that begins April 11 in Chicago. During that presentation, Respawn will announce the exact release date. Lucasfilm once again reiterated, however, that it is coming this fall.

Beyond the details about the panel, the hosts of The Star Wars Show also gave a synopsis of Fallen Order. It has you playing as a Padawan who escapes Order 66, Emperor Palpatine’s near-annihilation of the Jedi that happens at the end of Episode III: Revenge of the Sith. As this character, you will “explore the galaxy.”

And that’s nearly everything we know.

But we do have other interesting details about Fallen Order and Respawn that could reveal more about the game. And then there are the unanswered questions that could tell us something about he future of Electronic Arts.

What to expect from Star Wars Jedi: Fallen Order

Star Wars Jedi: Fallen Order will end up as the fourth or fifth game from Respawn Entertainment. Previously, the studio launched shooters Titanfall (2014) and Titanfall 2 (2016). At this point, the company is almost certainly best known for the recently released battle royale shooter Apex Legends that has more than 25 million registered players on PC and consoles.

Respawn also has a virtual reality game in the works that is heading to the Oculus store. The studio plans to launch that this year, so it could come out before Jedi.

Now, with a history of working on many of the biggest and best shooters in the history of the gaming industry, you would expect more of that from a Respawn Star Wars game. But that’s not the case. Jedi is a third-person action-adventure. Respawn spun up a second team to oversee its development, and it also brought in a new director to lead the project.

Developer Stig Asmussen joined Respawn Entertainment in 2014 to lead its new team. In 2016, he revealed that Respawn was making a new entry in the Star Wars series.

Asmussen worked at Sony Santa Monica, where he directed God of War III for the PlayStation 3.

For Star Wars Jedi: Fallen Order, you can expect to Asmussen to bring some of action chops he honed on the God of War series. But at the same time, I wouldn’t expect this game to feel just like a classic Kratos adventure. God of War III is only one point of reference for Asmussen, and he has the creative team at Respawn behind him. And he’s also had three years since the release of the first trailer for God of War (2018) at the Electronic Entertainment Expo trade show in 2016.

With the team that made Titanfall 2 and Apex Legends backing him up and God of War providing some inspiration, I would expect Jedi to have a similar level of ambition.

Respawn first started working on Jedi: Fallen Order in 2014. That is long before Electronic Arts acquired the studio in 2017. That is important for a couple of reasons.

For one, it means that Electronic Arts couldn’t dictate terms to Respawn. Not that the publisher would even do that now that it owns the studio. You would imagine that you want a studio like that to have some freedom to create an Apex Legends. But before the acquisition, EA had to negotiate terms with Respawn. And it’s likely that Respawn would have demanded some autonomy in how it went about making Jedi: Fallen Order.

This point is important because of one big question: What engine is Respawn using to create Star Wars Jedi: Fallen Order?

The safe bet is the Frostbite Engine. Around 2013, Electronic Arts began shifting all of its studios to the Frostbite toolkit that Battlefield developer DICE created for its shooters. Since then, Mass Effect, Need For Speed, and every EA Sports game has moved to Frostbite.

But Respawn was not an EA studio when it started making Star Wars. And Apex Legends, which launched in February, is not running on Frostbite. It is running on a heavily modified version of Valve Software’s Source.

If Respawn isn’t using Frostbite, then what is it using? Probably not Source. That engine is fine for Apex Legends because Respawn has already worked with it so much for its other shooter games, Titanfall and Titanfall 2. But if you’re building a third-person game from scratch, Source doesn’t make sense.

Respawn could build its own tools, but at that point, why not use Frostbite.

So, what about Unreal Engine? Publishers like Bandai Namco, Square Enix, and even Nintendo are making games using Unreal. Why not Respawn?

Could it disrupt EA’s Frostbite initiative?

Regardless of what engine Respawn ended up choosing, it could lead to changes at EA if it’s not Frostbite. The publisher is coming off of a string of disappointing releases. Mass Effect: Andromeda was a critical and sales disappointment. Battlefield V launched with a dearth of content and without a battle royale to compete with Call of Duty. Anthem, which just launched this month, is dealing with mixed reactions from players, and it also feels rushed despite years of development.

For all of those games, reports point to Frostbite as the root cause of many of the development complications. Those issues were so serious that EA and BioWare have put the Mass Effect series on an indefinite hold. And Battlefield V feels like it could force DICE to back off and come back with something fresh for a sequel.

If it’s true that Frostbite is one of the key problems for these games, then it’s fair to say that the engine is potentially costing EA money.

So then what happens if Jedi: Fallen Order is a major critical and commercial hit and it’s not running on Frostbite? That will mean that the two breakout hits from EA in 2019 were the ones that weren’t using its internal engine.

OK, that’s great — but what about the game?

It’s a lot easier to speculate about EA than Star Wars Jedi: Fallen Order because we haven’t seen anything about the latter. I’ve already touched on most of what the publisher and developer have said in the past.

The only other moment we have to go on is when Zampella revealed the name and setting at the pre-E3 EA Play event in Los Angeles in June.

But that’s not gonna keep me from guessing.

I think we can expect a bombastic single-player adventure that definitely has its roots in the classic God of War games. But I wouldn’t be surprised if it brought in some elements from other modern touchstones like the aforementioned God of War (2018), From Software games like Bloodborne, and Respawn’s Titanfall 2.

We will know for sure in April. Until then, however, I’m gonna keep playing Apex Legends.