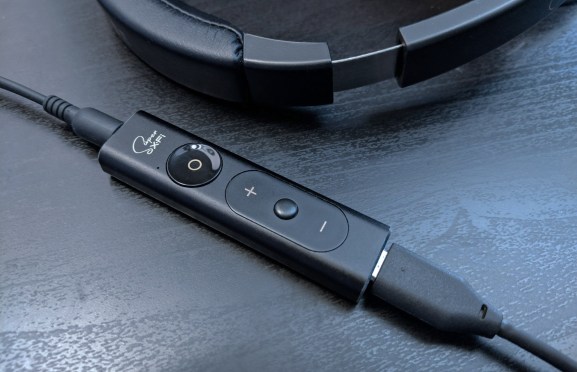 The Super X-Fi Amp for headphones from Creative.

The world is unfair for consumer-audio companies. Televisions and displays get all of the headlines and attention, but the audio-technology market is arguably more interesting at the moment. While the jump to 4K has some perks, it’s not a noticeable improvement in a lot of real-world scenarios. Meanwhile, Creative has released its Super X-Fi that brings holographic audio to headphones.

What is Super X-Fi and holographic audio? They are the next step in reproducing realistic, spatial sound on stereo headphones, according to Creative. And it works shockingly well in a lot of scenarios.

The Super X-Fi Amp, which I tested, is available now for $150 with a free pair of headphones.

I’m going to let Creative explain what the Super X-Fi is trying to accomplish. Here’s how it describes the experience on its website:

“Super X-Fi captures the listening experience of a high-end multi-speaker system in a professional studio, and recreates the same expansive experience — with the same original depth, detail, realism, and immersiveness — in your headphones.”

And the Super X-Fi dongle largely accomplishes that. When you toggle the button to activate the Super X-Fi processing, it instantly broadens the sound stage. The audio no longer feels like it’s happening inside your head. Instead, it surrounds you.

But this isn’t like 7.1 virtual surround sound that every headset promises. At best, those audio algorithms deliver a sense of directionality. The attack chopper is in front of me, and now it’s moving to my left ear.

What Super X-Fi does is move the sound into the space around you. The helicopter isn’t just in front of you, its audio is coming from a speaker that is in front of you as well.

This effect is even a little offputting at first. I’m used to headphones, so the Super X-Fi sounded strange to me. But I quickly adapted and ended up loving the way it sounds with a lot of content.

Great sound for music and games

The Super X-Fi excels with certain kinds of content.

For music, the effect is often remarkable. The spatial audio makes Beyonce sound like she’s performing with her band in the space in front of you.

And this isn’t just some trick or gimmick. Gaming is a great example of that. Turning on the Super X-Fi with a shooter can give you a better idea of where gunfire and footsteps are coming from.

It’s comparable to a Atmos setup — especially one that would come close to the $150 price of Creative’s dongle.

I’ve used the Super X-Fi for a few weeks now. Its build quality has impressed me, but it’s still a dongle. And that means it’s going to have a tough life.

You connect the Super X-Fi to your devices using an included USB-C cable or an adapter for micro-USB. This means it’ll work well with most recent smartphones, the Nintendo Switch, and many high-end laptops. But you’re going to have a harder time connecting to devices that only have full-sized USB ports.

But while it works fine with your phone and Switch, that USB-C cable is only going to handle so much dangling, tugging, and bunching up in your pockets or bag. And I’m experiencing that right now. After just a few weeks, the cable is no longer locking tightly into USB-C ports. It loses its connection if I touch it in the wrong way.

I don’t think I’m too rough on my devices, but I’m not overly protective either. A few weeks with me is probably equivalent to a few weeks of average use with most people. And yet the included USB-C cable couldn’t hold up to that.

Thankfully, you can swap in a new cable, but I hate that. I’m going to have to try to find a sturdier cable, and I don’t want to deal with that.

Too much reverb on voices

While the Super X-Fi is great in a lot of circumstances, I don’t love it with voices. This is less of a problem in music where singing is often part of a larger harmony. But for movies or podcasts, it’s a problem.

The processing makes it sound like someone jacked up the reverb, and it takes a lot of the warmth out of most speech.

The technology is impossible to miss. It’s not subtle like the jump from 1080p to 4K. It makes audio sound more natural and more like it’s in the world with you. And sure, voices sound reverby, but you can turn the effect off with the push of a button.

So the only thing really holding the Super X-Fi back is that it’s an external amp. But even then, I’ve found it a delight to use with my laptop and Switch. For my smartphone? I don’t want cables getting in the way anymore.

Thankfully, Creative is already launching its own headphones with Super X-Fi built in. The SXFI Air wireless bluetooth headphones are $160, and the USB SXFI Air C gaming headset is $130. If you are someone who is used to using headphone amps, go with the amp. If you want this tech without having to carry a dongle around, maybe go with the Air headsets instead.

Creative’s Super X-Fi is available now for $150. The company provided GamesBeat with a sample unit for the purpose of this review.