The future of augmented reality is being built today. Computing is entering the physical world. Steve Jobs once said technology alone is not enough, “ultimately it comes down to taste, it’s a matter of trying to expose yourself to the best things that humans have done and then trying to bring those things into what you are doing.” This type of thinking can be the difference between a good product and a product customers love.

As AR matures, as an enabled landscape becomes reality, there are two concepts from humanities that can inform a heuristic design principle for the creation of these new experiences. The “locale” and “sense of place.” Heuristic is the art and science of discovery and invention. A heuristic is a way of directing your attention fruitfully.

Two hundred years ago the pinnacle of large-scale map production was scale six inches to a mile (scale circa 1:10,000). Today, the use case has changed. To enhance AR experiences, the ambition is to work towards a scale 1:1 3D real-time high-fidelity semantic mapping infrastructure, the AR Cloud. Human scale mapping, as described by Niantic CEO John Hanke. Virtual content interacting with the physical world via a mobile device. High definition mapping is also required as part of the autonomous vehicle ecosystem, however, the user experience between the two will differ. The former operates at the pedestrian scale, at the “locale.” It is at this scale at which we can learn from the humanities.

“All great civilizations are based on the parochial” writes Irish poet Patrick Kavanagh. Historically great artists have relied on the local scale. James Joyce’s literature focused on Dublin. Miro once said “all of my work is conceived in Montroig.” Vermeer worked exclusively in Delft. Picasso often repeated, “everything I know, I learned in Horta.”

The “locale” is not just location or topographical reference. It is where something happens or is set, that has particular events associated with it. It is like a theater stage for a minimalist Samuel Beckett play or an artist’s blank canvas. What is left in this blank and empty landscape? It becomes what Miro envisioned in his landscape paintings, animated momentarily by human action and interaction, a canvas for human creation, markings, relationship, and memory. What he would refer to as “the underlying magic.” Here the activity on the surface is amplified. A more emotional connection. 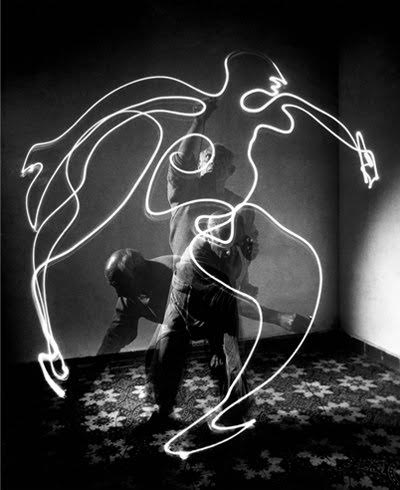 Above: “Everything I know, I learned in Horta. There I realized how far I could go:’ – Picasso

The actor James O’Neill, the father of Eugene O’Neill who like Bob Dylan, Seamus Heaney, and Samuel Beckett received the Nobel Laureate for Literature, once said “the world’s a theater, the earth a stage.” AR could make such manifest. Great AR design could use 1:1 scale topographical features as a stage for individual experiences that are universal for all people, amplifying and celebrating the rhythms and grandeur of ordinary life. There could be a potential install base (not active users, which is a much lower number) of over two and half billion devices by 2023 according to Digi-Capital.

The grandeur of the locale

Important places need not be historical points of interest. As Patrick Kavanagh writes “we have all lived in important places.” Thought, memory, and identity are all shaped by landscapes, reflecting our culture, and often intensifying the relationships we have with places. Any site can hold unique significance for the individual or group. Especially if the technology exists to allow you to make and share a digital mark on the landscape. If James Joyce’s Ulysses, one of the great masterpieces of the Western literary canon, is anything, it is a testament to the significance of the ordinary daily wanderings of a single person, the universal rhythms and interactions of people within their places — the grandeur of ordinary life.

Johannes Vermeer exemplifies this value in one of his masterpieces, “The Little Street”, exhibited at the Rijksmuseum of Amsterdam and insured for half a billion euros. Most of life is routine, modest, humble. Vermeer turns our headlight to things we often overlook but care about deeply. Raising the prestige of seemingly random things and locations. Consider the painstaking and skillful detail of this unextraordinary street given the same care as to a fresco within the Vatican Sistine chapel. With AR any site, whether of historical interest or not, could be the stage of an incredible personal AR experience.

“Sense of place” is prioritized in line one of the Apple maps developer portal. What is “sense of place”? Nobel Laureate Seamus Heaney defines it as the transformation that occurs when an individual connects with the “locale,” the combination of the “geographic mapped landscape and the landscape of memory.” The latter primarily oral, mostly localized. Inaccessible to outsiders and passed down through generations. Beyond the confines of measurable reality, the physical environment, but bringing to light stronger objectivity, inclusive of the social, personal, psychological, and historical climate.

AR is blurring the distinction between memory and place. Wide-ranging challenges remain from hardware to privacy, software to regulations, distribution to data currency. In software, the AR Cloud challenges include refining, delivering at scale, and bringing to market persistent geo-location (virtual content remaining in physical places between sessions accessible from different applications), content interoperability together with real-time synchronized multi-user functionality for shared experiences. 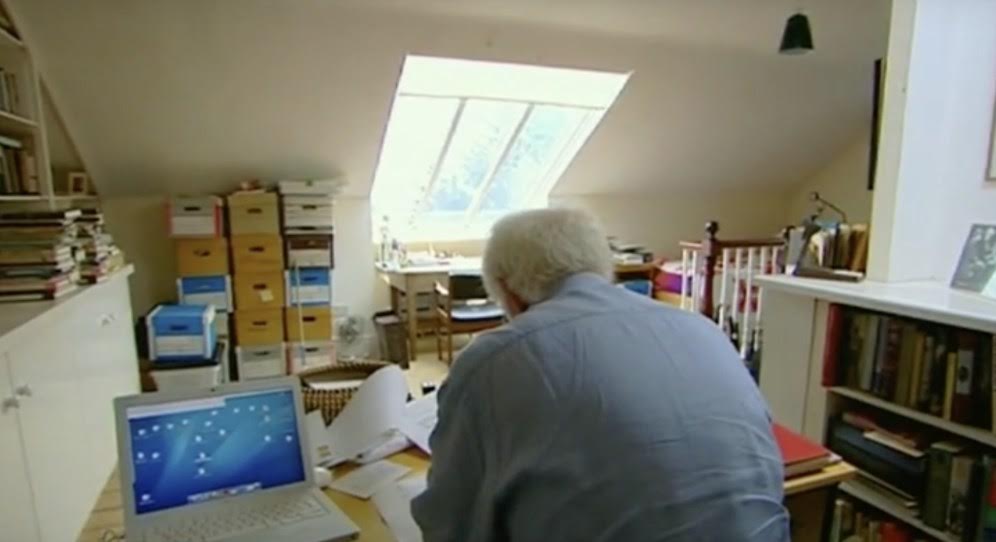 Above: A mac and a poet – Nobel Laureate Seamus Heaney working in Dublin

The aforementioned replicates our innate human desire to not only understand place but to attach meaning to place. It is grounded in the tenets of biology. In the limbic brain, specifically the hippocampus, which developed in humans before our homo sapien brain, our neocortex, which is responsible for all our rational and analytical thought and language. The hippocampus makes every person a cartographer. Subconsciously mapping our surroundings, tracking information for spatial memory, specifically via a combination of place, grid, and boundary neurons. Discoveries worthy of the Nobel prizes in 1971 and 2014. The hippocampus also acts as a scribe by recording events and memories.

Modern neuroscientific research is theorizing these dual functions of spatial and episodic memory are inextricably interconnected and may reflect common functional architecture. With the human memory system tagging all memories with information about where and when they were formed. Like a camera that records where a picture was taken, memories are geotagged. Spontaneous recall of any memory (consciously or even unconsciously) activate a “neural geotag.” As humans, we gain comfort from knowing our place and position in the world, becoming even more important as our world moves online and further intangible. Does it now make sense why people ask the question, “do you remember where you were when….?”

Industrial designer Dieter Rams once stated “‘we need new lands, we need new landscapes, together with new cities, we need new structure.” With the progression of AR technologies, together with advances in tools for developers such as large-scale AR platforms, an active ecosystem of startups offering AR Cloud SDKs, and distributed GPU rendering the ability to create digital content overlaid against the real world will continue. To paraphrase Kavanagh, as opposed to great civilizations, perhaps the next great technology companies will be based on the “locale.”

From these concepts of the “locale” and “sense of place”, a heuristic design principle can be derived. Great AR design could be that which uses topographical features as a stage for personal experiences which amplify and celebrate the universal rhythms and grandeur of ordinary life. Connecting the individual (i) with the “locale” (L) to reveal the universal (u). Great AR experiences equals iL > u. What I call the place principle.

The remaining questions, however, are what will you make? What good will you add to this new world? How will you change it for the better?

Chris McAlorum is a chartered geographer, surveyor, designer, and a product lead at the national mapping authority for Northern Ireland, producers of Ordnance Survey of Northern Ireland branded digital mapping.