One of the most successful live-service games is moving into its fourth year. Tom Clancy’s Rainbow Six: Siege is getting its Burnt Horizon update today. As usual, this season is bringing in two new characters and content like a new map.

Burnt Horizon features an Australian theme. The new special force operators are both members of that country’s elite military unit, and the map is a service station called Outback. Everyone who owns Siege gets access to Outback for free. To get the characters, however, you need to purchase the Year 4 content pass for $30. Alternatively, you can buy the characters individually beginning next week using in-game currency.

Gridlock is an attacker character with the Australian Special Air Service Regiment’s Mobility Platoon. She looks like she could rip most of Siege’s cast in half with her bare hands.

Her ability is the Trax Stingers. These are hexagonal mats covered in spikes. They slow down and damage defenders that step on them. This enables Gridlock to potentially cut off certain paths of the map unless a defender wants to give up their location by shooting the Trax Stingers.

Mozzie is a defender, but he is also with Austrlia’s SASR Mobility Platoon. He has a “daredevil” attitude, according to Ubisoft.

His ability is the Pest Launcher, which does not fire John Leguizamo at the opposing team. Instead, it fires a small robot that can hack into the opposing team’s drones. This enables Mozzie to set up a fleet of extra cameras around the level to see what the attackers are up to. You can take over a drone by firing a pest right at it or by setting a pest up on a surface in ambush mode.

What else is new?

In addition to Gridlock, Mozzie, and the new map, Siege is getting a plethora of new gun and character skins. And the dev team tweaked existing operators to improve the balance.

Ubisoft is also introducing a Newcomer playlist to the game. This is a new casual mode for players under level 50 that focuses on a limited number of maps and a single game type.

The studio wants to smooth out its onboarding experience. The Newcomer Playlist enables players to learn the core mechanics before moving on to the wider Casual playlist or Ranked.

Finally, while this update is pretty massive on PC and consoles, it’s actually going to end up cutting down the total install size. 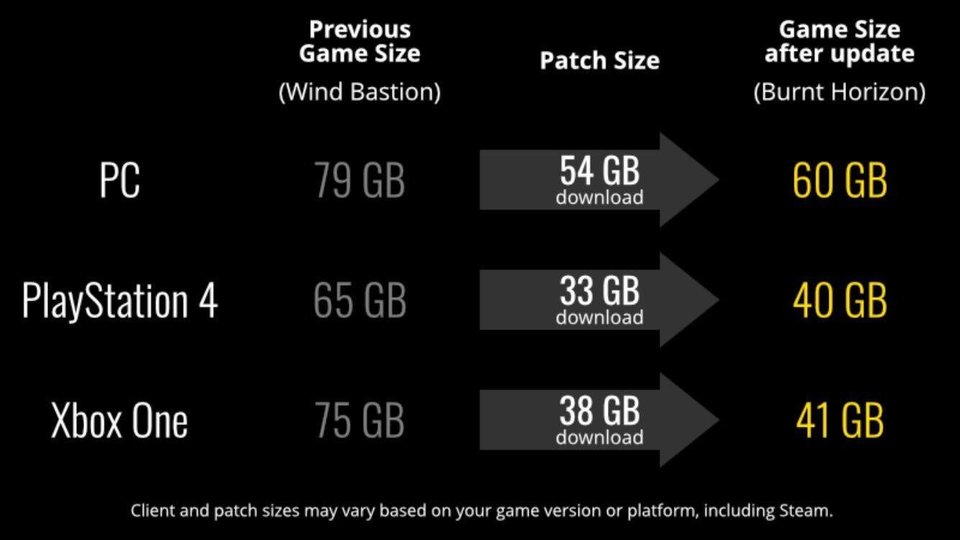 Above: Burnt Horizon should reduce the amount of storage that Siege requires overall.

Burnt Horizon is between 30GB and 55GB across the various platforms. That’s bigger than a lot of games, but Ubisoft is actually replacing a lot of Siege content with more optimized files. The result of this is that where the game took up around 79GB on PC before, it will now take up just 60GB. On PS4 and Xbox One, the install size could drop as low as 40GB. That’s a welcome improvement, and it should make it easier for players to keep the game installed in the future.