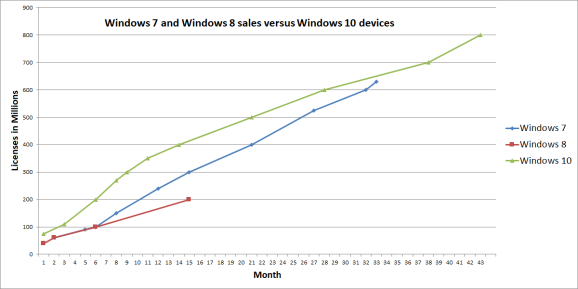 Thank you to all our customers and partners for helping us achieve 800 million #Windows10 devices and the highest customer satisfaction in the history of Windows. https://t.co/G3CRdkFoPT pic.twitter.com/je9kvBvYhj

Microsoft was aiming for 1 billion devices running Windows 10 “in two to three years” after its debut, but backpedaled on that goal. Windows 10 was released over three years ago in July 2015. At the current rate, Microsoft will likely hit the 1 billion figure sometime in Q2 2020.

The seventh update is expect next month, and Microsoft is already developing the ninth update coming in the first half of 2020. While the 1 billion mark is still about a year away, Windows 10’s update system is the real success.