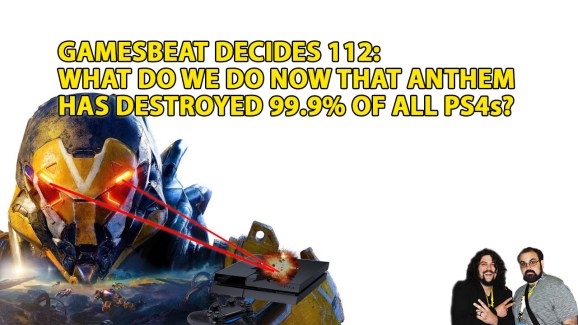 A working PS4 is harder to find than a foil Charmander.

On this week’s episode of the GamesBeat Decides podcast, co-host Jeffrey Grubb has never played World of Warcraft, but he has played House Party and Left Alive. Fellow co-host Mike Minotti, meanwhile, has finished up Tales of Vesperia.

In the news, Valve is having communication issues. Also, Anthem has blown up almost every single PlayStation 4. There are maybe two or three working PS4s left on the planet thanks to EA’s newest release … I think.

Speaking of EA, E3 is dead again because it is ending its media briefing.

Video game news is wack! Join us, won’t you!