Luci is unveiling a new kind of entertainment virtual reality headset, dubbed the Luci Immers, that promises crystal-clear viewing of VR films and other content, thanks to dual micro-organic-light-emitting displays (Micro-OLED).

The Santa Clara, California-based company, which is a division of Beijing-based AT Holding, is a late entrant in a crowded field. But it believes it has targeted a part of the market that hasn’t been covered well by the competition, said Minqin “Crystal” Tang, executive vice president at Luci. The company will start a Kickstarter crowdfunding campaign on Tuesday, March 19.

“[The headset is] very small, and very sleek,” said Tang in an interview with VentureBeat. “We are combining a head-mounted display with a luxury design. We think it can revolutionize the entire entertainment industry.”

I tried on Luci’s headset, which is lightweight and comfortable. It enables you to go into a VR theater and watch movies, television shows, video games, and sports broadcasts. You have to first connect it to a smartphone, tablet, or laptop. Once you connect via a USB-C wire, you can watch in comfort. Tethering it to a computing source allows the designers to get away with a much smaller headset.

The headset is light, weighing roughly 180 grams, or 0.40 pounds, which is about 40 percent less than other headsets of its kind. It’s more like a pair of (really) heavy sunglasses. 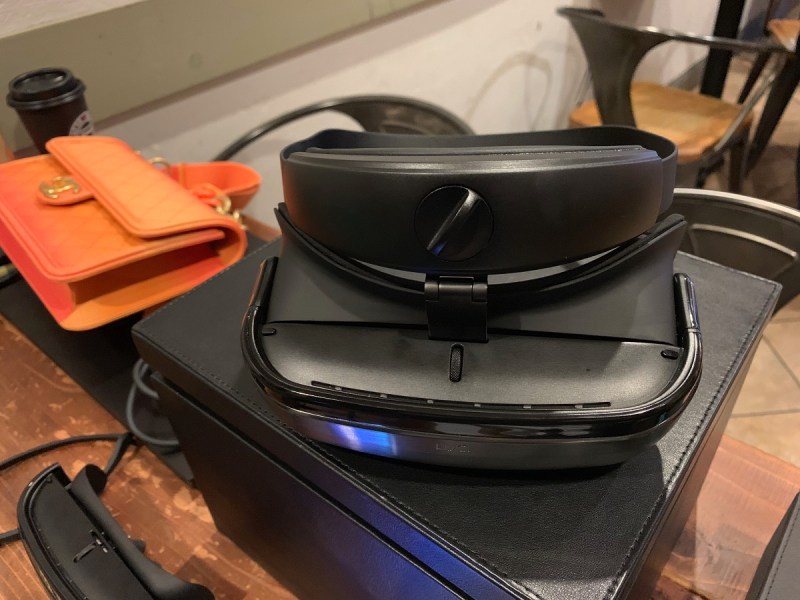 Above: Luci Immers is much lighter than other VR headsets.

The dual Micro-OLED  displays have very clear optics, a good contrast ratio, and a 70-degree field of view that lets you see the equivalent of a 1,023-inch TV screen in high definition (1080p resolution per eye). It’s similar to the experience of watching a movie in a theater, Tang said.

“You can watch movies on the headset, so there is no need to go to the cinema,” she said.

The company plans to launch the glasses this fall for around $1,000.

The immersive experience is targeted at people who do a lot of traveling or who just want to relax while unwinding at home.

It is not, however, targeted at gamers, because it refreshes the screen at a rate of 60 hertz. VR for games has to run at refresh rates of 90 hertz or 120 hertz for better immersion and to prevent users from getting sick.

“We are targeting very different areas than the heavy gamers,” Tang said. “Consuming entertainment is a much broader market.” 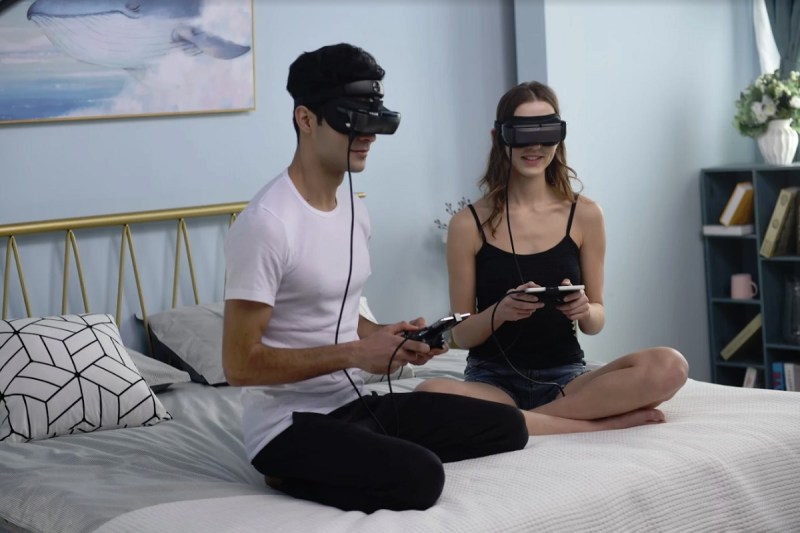 “With the rise of streaming services, amazing innovations in gaming, and the evolution of entertainment technology as a whole, the way users engage with content is growing and changing every day,” said Luci CEO Kai Li in a statement. “But ultimately, what entertainment does for us is simple: It brings us joy. We wanted to create an immersion-on-demand entertainment experience that reflects and is best suited to all of the incredible content available today, that would allow people to experience all the emotions of the moment, whatever they’re watching.”

The virtual screen has a pixel density of 3,147 pixels per inch (PPI), native 3D effects, a response time of less than one millisecond, and a contrast ratio of 100,000:1. It uses three degrees of freedom (3DoF) controls and an infrared sensor.

The screen quality is good enough that you don’t see any “screen door effect,” and doesn’t have any “ghosting” artifacts either. 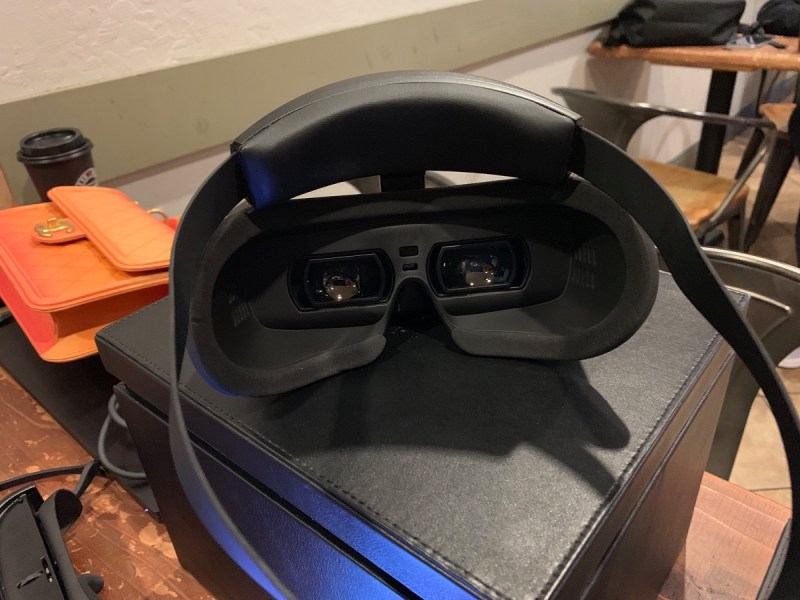 I was able to watch some 3D content, like a 3D K-pop video, and I also checked out some videos on Netflix, Amazon Prime, and YouTube. They looked good on the laptop, iPad, and smartphone.

The company said you may be able to set the headset up and view content by connecting to a Nintendo Switch.

For the Kickstarter campaign, the first 100 units will be sold for $500, a steep discount from the expected retail price of around $1,000. The units are expected to ship in early fall 2019 and are currently in production.

While the imagery is impressive, staking a claim in the market is not going to be easy. Luci Immers will cost more than devices like the Oculus Quest, which is only $400 and has its own standalone computing resource. On top of that, the field of view could be wider, and Luci will have to make a lot of content available to appeal to consumers.