Katie Stern took over as general manager of GDC Events in August 2017. Since then, she has learned more about what keeps game developers up at night.

We talked to Stern last week as final preparations were underway for the Game Developers Conference 2019, which starts on Monday, March 18 and runs through Friday, March 22. The event will draw well over 20,000 people to San Francisco, if all goes as expected, Stern told us in an interview.

A recent survey of 4,000 developers released in January showed that nearly half of them support unionization, a majority no longer believe Steam justifies its 30-percent revenue cut of PC game sales, and that nearly half of game makers have spent working overtime hours in “crunch mode.” Stern said she expects that these issues will be a big part of the conversation at GDC 2019, which will feature more than 400 sessions in the newly remodeled Moscone Convention Center in San Francisco.

About 2 percent of developers said they were working on their next games exclusively for an unannounced game platform. That number, about 100 developers, suggests that plans are underway for next-generation consoles, from Google’s Project Stream to Microsoft’s next gaming machine. If I were among those who don’t know about the existence of such projects, I’d be a little concerned that I’m missing out.

GDC is the place where you find out about things like the next big platforms. Google has said it will talk about its plans on Tuesday, March 19, while Epic Games will show off its latest Unreal Engine platform news on Wednesday, March 20. Amazon will hold its own keynote on March 18. These types of sessions are increasingly common at GDC, which has become the place to go to capture the attention of game developers.

Stern said she expect issues such as accessibility, as reflected in Microsoft’s Xbox Adaptive Controller for gamers with limited mobility, will be a hot topic at this year’s GDC. She also thinks alternative app stores, machine learning, and crunch will also be part of the discussions. Meanwhile, to make GDC seem less intimidating to newcomers, Stern said the conference has extended programs such as mentorship, expanded a relaxing area known as the GDC@The Gardens, added new community spaces, and launched its GDC Cares charitable drives.

GamesBeat: It looks like we’ll have a good GDC this year, without a ton of construction going on this time.

Katie Stern: Yeah, we’re excited. It’s finally all finished. The space is beautiful and the weather is supposed to be great, so it should be a complete 180 over last year. [laughs]

GamesBeat: Did you wind up with a lot more space this year?

Stern: It ended up being a slightly larger amount of space than we’re used to, but we filled it with content very quickly. The biggest difference people will notice is that the space is just lighter and brighter and more modern. We were able to connect the expo floors, because it’s all now one continuous space that was built out underneath the streets. The north hall and the south hall are connected by a kind of central hall. It’s not a lot more room, but it will feel much nicer.

GamesBeat: Are we looking at the same number of people in general, 25,000 or so?

Stern: We’re tracking pretty similar to our numbers from last year, which was about 20,000 or so. We won’t know the final numbers until after the event, or at least the final day. But it’s shaping up to be similar to the size and scale of last year.

GamesBeat: I got the survey, and I was curious what you think some of the big topics will be at GDC, whether that relates to the survey or some other things you think will be popular.

Stern: We’re trying to spend a lot of time this year thinking about the idea of what keeps people up at night. We’re curating some themes around that to help people address some of the challenges they face in their everyday workflow. One of those is discoverability. How do you rise above the noise and get noticed? We’ve scheduled quite a bit of content around that, a full day dedicated to it specifically. We also notice that there are big trends in better accessibility of game design and access to games. We’ll have the people at Microsoft who designed the Xbox adaptive controller coming through. They’ll be talking about how they made the controller, as well as better ways to create accessible design in games. More along the lines of the personal level of things, unionization has continued to grow as a hot topic. We’ve seen that build out of roundtable last year. We have a couple more sessions dedicated to that conversation, having a platform for people to discuss whether it makes sense for our industry. At GDC we try not to take a specific view, but have an opportunity for people to have open-ended discussions around it. We have a panel, a roundtable. We’ve put some emphasis on that for people to continue the dialogue.

GamesBeat: That was a big topic in the survey. It seemed like more people are in favor of it than have been in the past.

Stern: We’re definitely noticing that as the trend. As people deal with things like studio closures this year, that’s resulted in a lot of discussions around crunch, how studios work, how studios take care of their employees, how that’s being messaged. It’s brought up that conversation a bit more than in the past.

GamesBeat: I was surprised to see Steam becoming a bigger concern for developers. Was that surprising at all, to see that people are interested in alternative stores, like the Epic Games store and other things?

Stern: It’s not entirely surprising. Again, I think it comes to discoverability. Everyone is looking for ways to get their games in front of people and see better sales. As they look at the existing platforms, it’s a crowded space. They all have their pluses and minuses and challenges in how they distribute content. People are looking for ways to better the results from the work they put in. You’ll see that in some of the sessions we have on site, talking about the state of those stores specifically. It’s definitely a top-of-mind conversation, where some people are looking at the idea of going into the store space while others are stepping out of it. You’ll see some interesting moves in that space this year.

GamesBeat: I noticed on the schedule that there are a couple of things related to blockchain. Did you ask about that in the survey, whether blockchain in gaming was something that’s getting attention?

Stern: I don’t believe we asked specifically about blockchain, but I’ll go back and double check that. From a content perspective, we recognize that it’s a new trend, but it hasn’t quite matured in a way that makes sense for GDC content in our editorial section. A lot of it is sponsored content. We think it’s meaningful to have that at the show, and we wanted to make sure it was discussed and talked about, but we’re still trying to identify what it’s going to look like within games. Right now there are many ways to achieve what blockchain is trying to achieve without actually using blockchain, so what is its real benefit for developers?

We’re still in the infancy of that space, and it’ll be interesting to see where it goes over the next couple of years. We saw a bit last year, and you’ll definitely see more discussions and more hype around it this year. 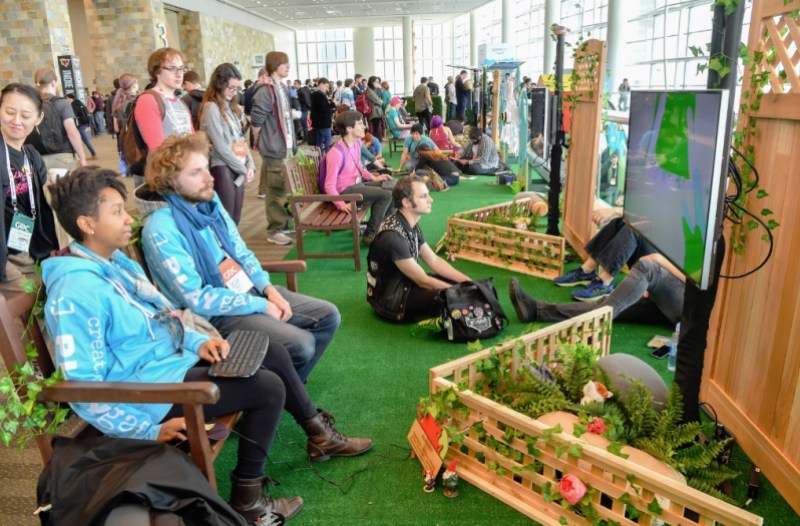 GamesBeat: Machine learning has been trending for a few years now. Do you notice anything different about the sessions or interest in that topic?

Stern: That’s one of the other hot topics we’ve identified as well. We’re seeing a more mature approach to talking about machine learning now, as it’s starting to get a bit more into the discussion around AI and how it makes sense to utilize and what that means for game developers. We have Yves Jacquier from Ubisoft Montreal coming with a great session about alchemy and science in machine learning for games. He takes a very scientific approach to the topic, and he has some really interesting insights.

GamesBeat: I like the question about the rumored consoles and which developers are making games for these unannounced platforms. It’s a nice tea leaf to suggest that things are coming, but not announced yet. If you’re one of the developers who doesn’t know what’s going on, you might be a little worried about this.

Stern: It’s always one of my favorite fields, because it’s interesting to see who’s working on these secret upcoming things. We’ve seen the rise of all kinds of platforms over the years, so it’s only natural that we’re due for another generation of what that might look like. People are leaning more toward streaming and cloud, so what does that look like? Over the next couple of years, I wouldn’t surprised if that’s where it’s leading. That’s what we’re teasing out with that type of question.

GamesBeat: If that were a very large percentage, we’d probably see more leaks of what’s coming, but only two percent of people say they’re working exclusively on something.

Stern: It’s in its infancy, yeah.