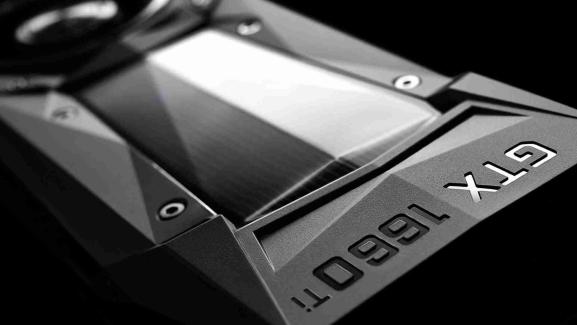 For the first time in a while, my go-to GPU recommendation for most people is not an AMD RX 580. That Radeon video card has dominated the value discussion when it comes to building and upgrading PCs for years. But Nvidia finally has a product that is disrupting that conversation with its GTX 1660 Ti.

The 1660 Ti is the company’s latest GPU release. It starts at $280 and provides GTX 1070-level performance. At that price-to-performance ratio, it’s not a slam dunk in terms of value. You can get an RX 580 for $190 right now. That’s a $90 difference, which is still a huge gap when every dollar counts. And if you’re goal is to get to 1080p gaming at a solid 60 frames per second at the lowest possible price, the RX 580 is still the best option for you.

But the 1660 Ti is a viable alternative for people who are willing to spend more to get better performance now and in the future.

Those are all actual U.S. prices for real products that you can buy today. But there’s plenty of fluctuation and variables that could affect what you end up paying in the end. They work for the purposes of this comparison, though.

The problem for Nvidia is the RX 580.

Should you still get an RX 580

It’s the two year anniversary of the RX 580, and it’s incredible how nothing has come along to challenge it. One of the big reasons is that photorealistic visuals are relatively easy to render at 1080p and 60 frames per second. And the vast majority of people do not own displays with specs any higher than 1080p60. So even as new games have come along that require slightly more power, nothing is as disruptive as a mass shift to a new monitor technology.

A lot of people are beginning to adopt 1440p monitors with 144 Hz refresh rates. That new standard requires more power, but it’s not as demanding as the jump to 4K. And even as 1440p144’s popularity grows, it is still just a fraction of the total PC-gaming market.

What this means for choosing a graphics card is pretty simple: unless you have concrete plans to upgrade your monitor soon, too much extra GPU power is a waste.

If you are someone who loves to play tons of new blockbusters, go with the 1660 Ti. The 1660 Ti is enough of a step up over the RX 580 that you’ll see your extra cash on the screen. You will have to make fewer compromises in games like Metro Exodus, Assassin’s Creed: Odyssey, and The Division 2.