Brendan Greene, the creator of PlayerUnknown’s Battlegrounds (PUBG), announced today the formation of a new team within PUBG Corp. in Amsterdam, dedicated to work on an all new project.

While Greene will remain a consulting creative director on PUBG, his day-to-day focus will be heading up this new division: PUBG Special Projects. Taeseok Jang, the head of the development division of PUBG Corp., will take over responsibility for PUBG’s ongoing development, Greene said in a blog post.

That’s a big deal because Greene has been the creative visionary behind PUBG for the last five years. He has also worked on battle royale games since he saw the movie Battle Royale in 2000 and tried to replicate the fighting of The Hunger Games film in Day Z: Battle Royale. It is clear with competition like Fortnite and Apex Legends and the myriad other battle royale games that PUBG won’t last forever. So Greene appears to be doing research on the next big thing, intent on disrupting the games that in turn are trying to disrupt PUBG.

That’s a lesson that goes back to Harvard professor Clayton Christensen’s popular book, The Innovator’s Dilemma.

“It’s been an incredible journey and our game has reached heights I never thought possible. Seeing the game grow into what it is today has been a dream come true and I can’t thank our fans and the incredible team at PUBG Corp. enough,” Greene said. “Today, I’m excited to announce that my new day-to-day focus will be heading up a new division of PUBG Corp.: PUBG Special Projects.”

He added, “Going forward, I’ll be based in Amsterdam, rather than Seoul, and focused on building out an entirely new division to focus on research and game development. Online experiences and spaces can connect us in ways I only dreamed of when I first sat in front of a computer some 30 years ago. And it is those dreams of connecting others that is driving our work at PUBG Special Projects.”

He didn’t say he would be working on another title in the PUBG universe. He wrote, “We are tasked with exploring, experimenting, and creating new technologies, tools, pipelines, and gameplay; but for me, it is more than that. Together with a team of game developers and researchers, we will explore new possibilities of interaction and connection within the game space.”

Why is The Innovator’s Dilemma relevant here? 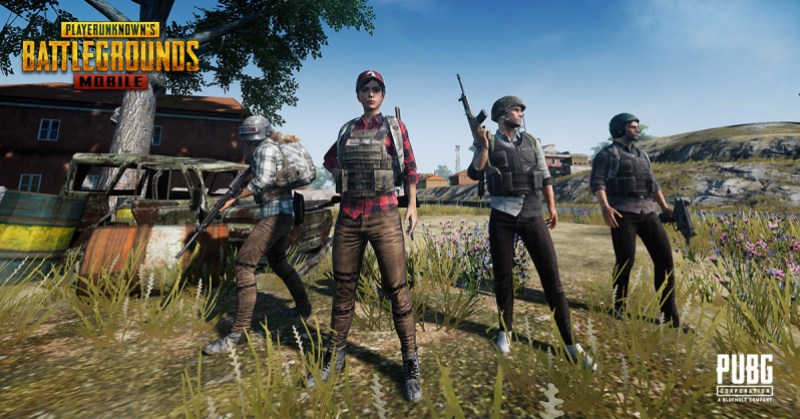 Above: PUBG on mobile is free-to-play, so it has a lot more cosmetics to buy.

After studying industries from steel to hard drives, Christenson discovered that listening to customers can cause a great executive to misread the market. Typically, customers ask for new features, and the most enthusiastic customers ask for lots of new features. The managers who accommodate requests and put them into the next version of the product run the risk of failing because they make their products too complicated.

They don’t notice that for ordinary customers, the technology is good enough. When a technology becomes good enough, the market leader may fail to notice, only to be disrupted by a competitor who comes into the market and offers a good enough product. Too many companies are afraid to disrupt their own products, and so they are disrupted instead. At the same time, businesses that routinely improve their products often miss the boat when a new technology comes along and becomes a huge wave.

For PUBG, the best time to disrupt itself is when sales are still strong. Measurement firm Sensor Tower said that PUBG grossed $35.5 million last month. As of February 28, the game had grossed a total of $259 million worldwide on the App Store and Google Play. That figure excludes China, where the game is still not permitted to monetize.

“My thought is creators create and managers manage. Ongoing operations of an established game like PUBG is more like a management task,” said David Cole, analyst at DFC Intelligence. “Greene seems to be looking to develop something new. Who knows what that something new is, maybe it will eventually enhance PUBG. But the reality is that creating something brand new versus managing an established product require very different skill sets.”