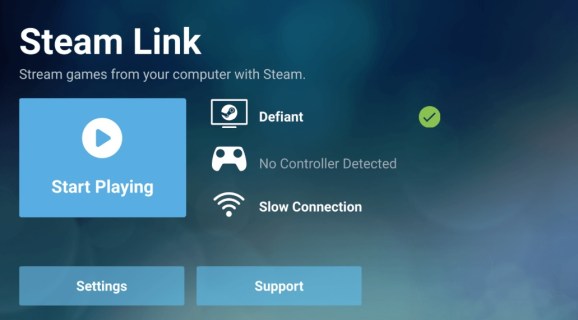 Ahead of the Game Developers Conference next week in San Francisco, Valve is adding a couple of new features for its Steam digital game distribution platform. One of them seems quite intriguing: Steam Link Anywhere. And the second one, Steam Networking Sockets applications programming interface (API) promises that online gamers will be able to play multiplayer games faster and over more secure connections.

The Steam Link Anywhere feature will be automatically rolled out to Steam Link hardware customers with beta firmware, the Android Steam Link beta app, and the Raspberry Pi Steam Link app. Once users get the update and opt into the Steam client beta dated March 11 or newer, they may connect by selecting “Other Computer” when searching for computers, and following the instructions on-screen.

(Note: A high upload speed from your computer and strong network connection to your Steam Link device are required to use Steam Link Anywhere).

The service is offered free of charge to Steam developers and a large portion of the API has been open-sourced. A more detailed write up on the release may be found here.

Valve will talk about these features at a talk at GDC 2019 in San Francisco next Thursday.