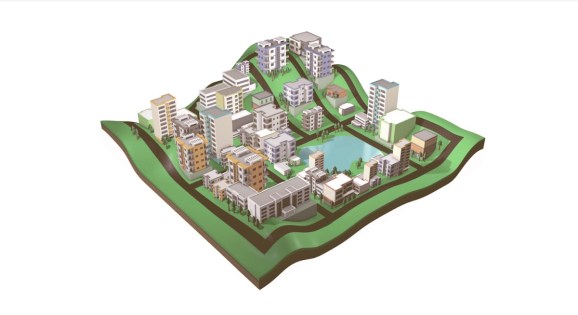 Google Maps is adding new kinds of terrain details for its platform that game developers can exploit.

Google unveiled a platform a year ago that enable game developers to create location-based games based on its Google Maps technology. And now the company is unveiling new options for art styles and gameplay just ahead of the Game Developers Conference.

A number of game developers have used the platform in the past year to make games like Ludia’s Jurassic World: Alive. Those games used the power of Google Maps and real-time global understanding of the world to take mobile gaming to the next level.

But creating engaging, immersive real-world gameplay is hard, Google said. So Google is releasing some improvements for the Google Maps Platform, including biome, elevation, and pathfinding.

“Imagine what you can build when your game can adapt to a player’s environment real-time,” the company said. “With Google Maps Platform, you know if a high-traffic road is congested or when it will close for construction at night. You know when a business district is packed with people (and other players) during weekdays or deserted on the weekends, when a player is on public or private property, and when restaurants and shops open and close each day and over time.”

These details can help a developer understand and adapt gameplay to locations and their context. This way, any player can experience the best game possible no matter where they are in the world.

Pathfinding gives developers access to the power of Google Maps’ routing algorithms to enable experiences in motion — anything from directing monsters to chase a player around, to flying a plane to drop off supplies at a safe house, to collaborating on missions through a futuristic city.

Google is also adding the ability for developers to design gameplay around biome data, which gives  access to information about a location’s land cover type. Now, developers can make cacti grow in the desert, have players hunt for insects in a grassland, or place raccoons in a back alley dumpster.

Google is also adding terrain elevation, a feature that will be really exciting for those developers who are tired of building flat worlds. With this feature, developers can style the hills, mountains, and cities to bring even more customized locations into a game.

Designing immersive real-world games is about more than just placing gameplay in the physical world, it’s about making real places essential to how players experience the game, Google said.

“It’s about where a player is, what time it is, and what’s around them right now,” Google said. “It’s about making your game world the real world, powered by Google Maps data and backed by Google infrastructure. We have been mapping the world since 2005 and now you can take what we know about the real world and put it to work in your games.”