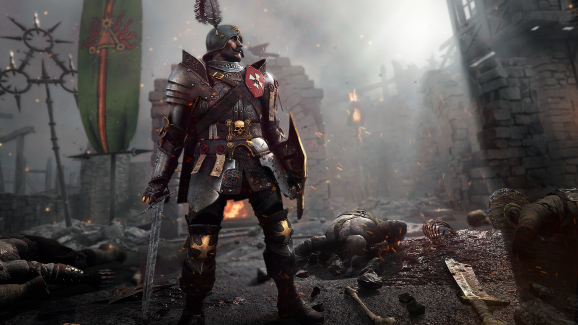 Watching other people play games has become big business. Last year alone, we watched over 60 billion hours of gaming footage on platforms such as YouTube, Twitch, and Mixer, while esports revenues pushed the $1 billion mark.

For the games industry, the whole concept of spectating came about as something of a happy accident, driven by the YouTube and Twitch generation of players rather than the developers and publishers. However, with demand for spectating now loud and clear, it’s up to the competitive game industry to pick up the baton and design the next generation of games with viewers in mind, starting from the concept stage.

This is because viewers have a different mindset and mental bandwidth from regular players. They also need to be able to access different information and insights from players, which means accommodating these new types of users requires a profound shift in how games are designed. For example, Counter-Strike: Global Offensive’s spectator client includes highly detailed projectile tracking while Dota 2 provides access to historical data as well as in-game commentary. These are features that people simple playing the game may not need but which really help give spectators a deeper sense of involvement.

The streaming platforms already see the huge monetization potential that this vast and largely untapped audience of spectators represents. Twitch has rolled out an ecosystem designed to capitalize on this long-term engagement and allow spectators to interact more closely with their favorite streaming personalities. Its “Twitch Bits” virtual currency and “Twitch Extensions” are already encouraging streamers and game designers to try out new ways of building viewer engagement as popular categories such as Twitch Plays (where spectators collaborate to control games such as Pokémon or Drop The Ball) have demonstrated.

Unlocking the relationships which exist between spectators, developers and streamers through new tools and interactive concepts could redefine how online games are experienced and deliver a wealth of untapped revenue.

It won’t be long until viewer interaction through stream overlays becomes expected as a standard game feature. We’ve already seen examples of this in other games, with players able to influence the flow of play in Vermintide 2, where spectators can apply different effects on play through a voting system. In some cases, this can even extend to creating assets players would find useful or spawning waves of enemies. Unusual interactions with games can be a lot of fun too — at a recent charity speedrunning event, while playing ClusterTruck, its developers started to interact with the player while on stream creating a memorable highlight to an already great event.

As viewers start to embrace these new features, it will create demand for more innovative concepts and fresh challenges around retrofitting these higher audience expectations on top of existing designs.

With around 380 million fans expected to follow esports this year, the appeal of watching games isn’t far behind that of real sports. Market research firm Newzoo predicts that by 2021, revenues from esports will have increased by 82 percent to $1.65 billion, with spectator monetization through new interactive features seen by the industry as one of the key opportunities for revenue growth

As the relationship between spectators and streamers evolves, it will soon be second nature for spectators to spend money to vote, make micropayments for extra impact features and earn game-currency from active spectating.

However, the real opportunity for developers is to create new gaming experiences where viewers have an active presence within the game world itself. Interactive spectating has the potential to blur the boundaries between watching and playing a game. Playing the game itself is a rewarding and fun experience, but becoming known for leading a spectator rebellion and altering the actual flow of play? That brings a whole new form of celebrity and interaction. What if chat controlled the raid boss in a fantasy massively multiplayer role-playing game?

Consider the sense of community and mythology that has sprung up around Twitch Plays Pokémon; that happened with a game that was never designed to facilitate that type of experience. Now imagine what might be possible if designers deliberately created a game with the specific purpose of building that kind of community interaction from the ground up. This paradigm shift has the potential to create new human relationships between a streamer and a viewer, and between common viewers of the same stream.

This would effectively see a streamer or commentator become a performer and a broadcaster as with real sport. While these new types of relationships would be new to video games, they are long-established in terms of sports broadcasting. But building on top of the tradition of live sports and sports broadcasting, and combining it with the unique interactive possibilities of video games, indicates a way ahead and an exciting potential future for video games.

At Earthbound Games, we are doing our part to help shape that future through our debut PC game, Axiom Soccer — a stadium based sports-shooter where players get to experience playing in front of a live audience, via avatar representations of crowds of stream viewers represented within the game itself.

Playing Axiom Soccer, players get to see and hear the responses of massed viewers – when they score a goal, the celebrations of real people are evident all around you as we aggregate inputs from the streaming clients back into the game’s virtual crowd system. Fans can see fellow fans’ emotions represented in the game and respond to their actions, collaborating or competing against each other to make their presence felt. Streamers can see their followers represented in the game, allowing a new and more meaningful relationship between the two while creating a ‘live’ atmosphere within a video game.

Suddenly, interaction dynamics never before possible are opened up, more akin to a live sports event than a current-generation online video game. As the line between games and real sports continues to blur, it’s clear that the games industry’s lucky accident could prove to be its saving grace.

Chris Stamp is CEO of Earthbound Games, and has been publishing video games on PC, console and mobile platforms commercially since 1983, working in creative, management and software engineering roles for games companies including Ubisoft, Realtime Worlds, & DMA Design